Plans for the cultural hub to be built on the site of the 2012 London Olympics have been called ‘dull as ditchwater’. It could have all been so different, judging by an inventive, rejected proposal seen here for the first time

What a place Olympicopolis could be. The cultural building project, part of a £1.3bn development in the Queen Elizabeth Olympic Park, could be for its generation what the Pompidou Centre was for the 1970s: a vortex of architectural and artistic energy with the power to change everything, one that could drag the creative centre of London towards its former badlands in the east. It includes, after all, a new venue for Sadler’s Wells theatre, the V&A’s “new museum for the digital age” and a “fashion cluster” for the Royal College of Fashion. It could convert the giddy Olympian optimism of 2012 into wonders that will unfold over decades. It could be, to use the favourite adjective of eternally amazed sports broadcasters, incredible.

But according to three venerable architects, quoted by the Architects Journal – Royal Academicians, still with fire in their bellies from their 1960s youths – it will not. “Dull as ditchwater,” says Will Alsop, who likes to turn bright, splashy paintings into bright, splashy buildings. “This group of buildings readily sinks into the soft corners of one’s brain,” says Sir Peter Cook, 80 this year, and the most talkative member of the radical 1960s group Archigram, “in the same way that under-amplified Vivaldi can be fed to you in a gift shop.” “Tried and tired,” says Ian Ritchie, who recently completed a wavy translucent building for a neuroscience research centre at University College London.

All three oppose the style in which Olympicopolis is being designed: careful, orderly, curveless, white/cream/beige/brown, mostly right-angled. In the case of Cook, his outburst is a continuation of recent attacks on what he calls the “biscuit boys”, architects who “enjoy what I call the grim, biscuit-coloured world”, which presumably refers to the dry, flat, brownish brickwork they employ. […] 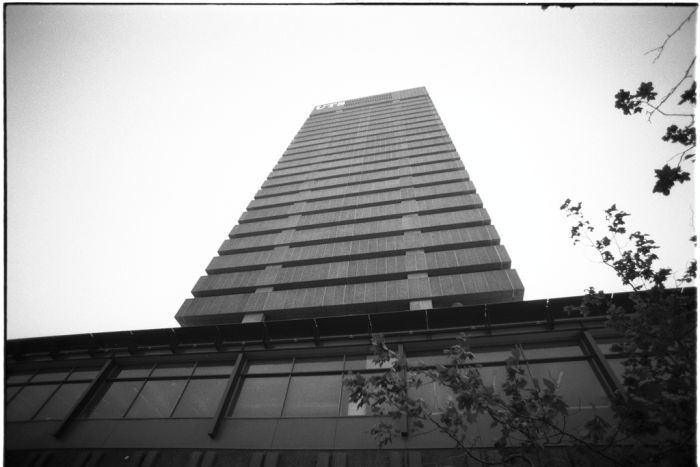 Beauty of the beast: An argument for Australia’s brutalist architecture

June 4, 2016
0
Australia has a proud history of brutalist architecture, but as taste and styles change, many buildings are under threat from redevelopment