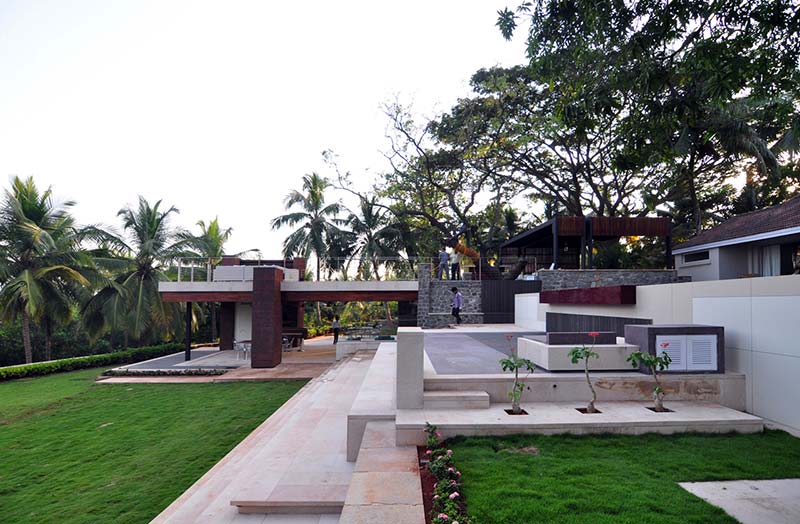 Situated on a heavily contoured site boasting of views overlooking the ocean, the project involved primarily the refurbishment of an existing bungalow with a major emphasis on the landscaping. 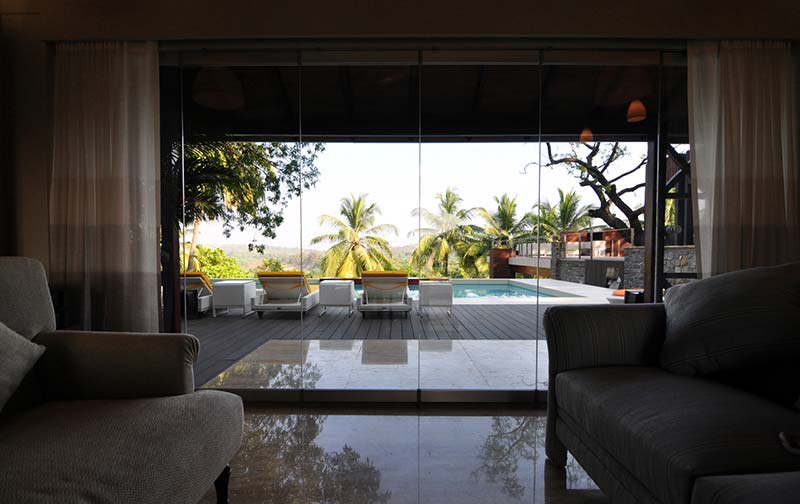 The second home, housing but three bedroom suites, finds focus in the creation of multiple outdoor zones of relaxation and entertainment, each with their own character, ambiance and usage protocol.

The opening up of the existing fenestration, making for a feeling of complete openness, hinting at a redefined programmatic flow. 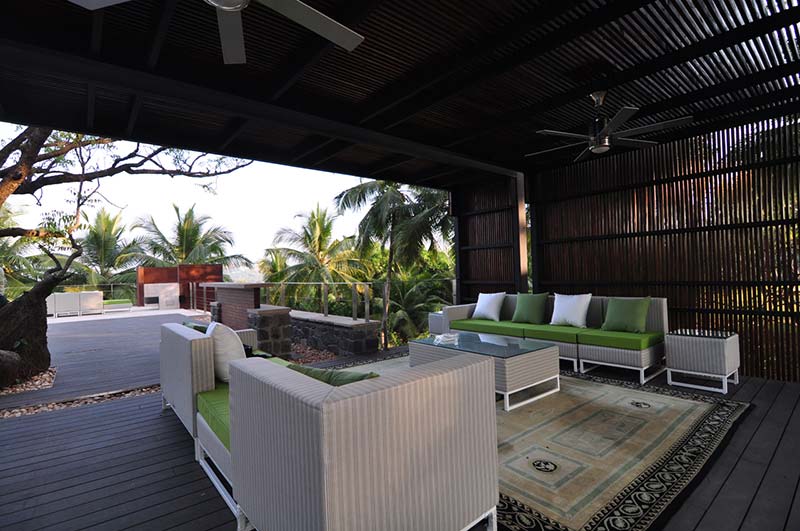 With the enhancement of the swimming pool as the new hearth of the home, each of the spaces, open onto the deck area, forging a blurring of the boundary between the insides and the outside. The creation of spatial pockets within the 100 foot long deck allows for micro zones though the placements of sun loungers, day beds, swings and planters. 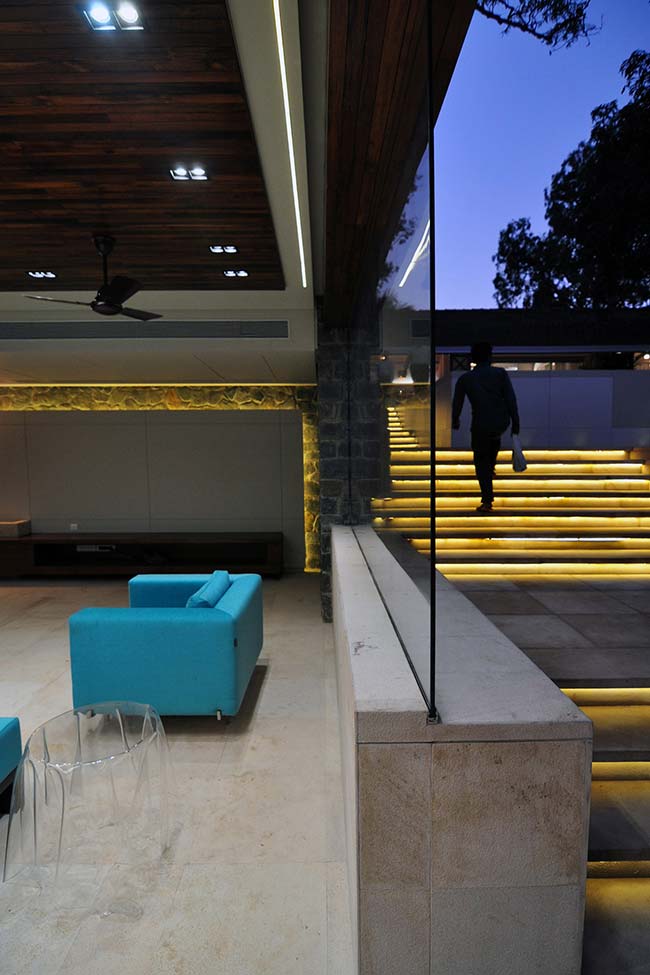 An extension of this deck, taking advantage of the existing site geography creates an open pavilion,that sets focus on the linearity of the white pool, and a viewing deck opening into the water-body beyond.

A breakfast patio in the entrance courtyard on the side opposite to the pool connects the front to the primary living area though the living, with the three merging seamlessly into each other upon the opening up of the doors. 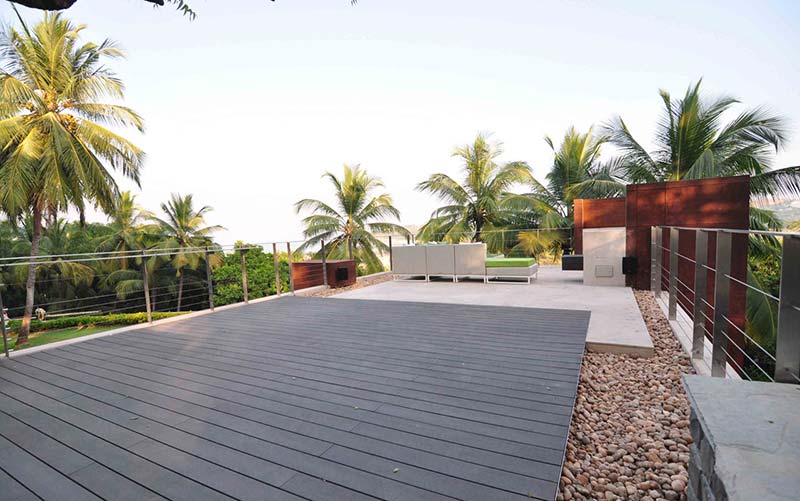 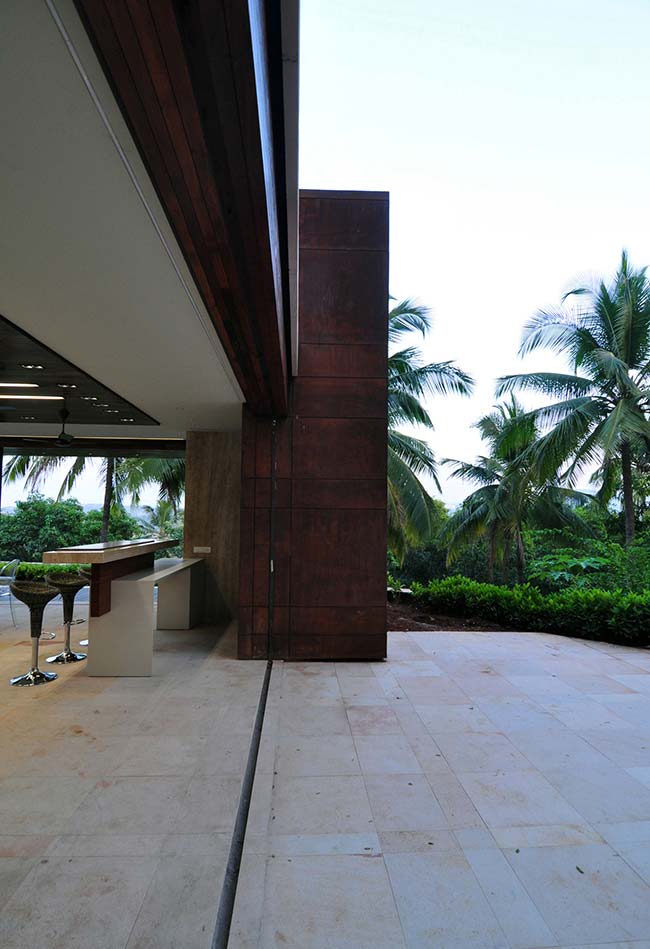 A corten steel feature wall in conjunction with an existing stone wall forms a semi private enclosure outside the gaddie room, for smaller gatherings, with an ambiance enhanced by the sound of water. 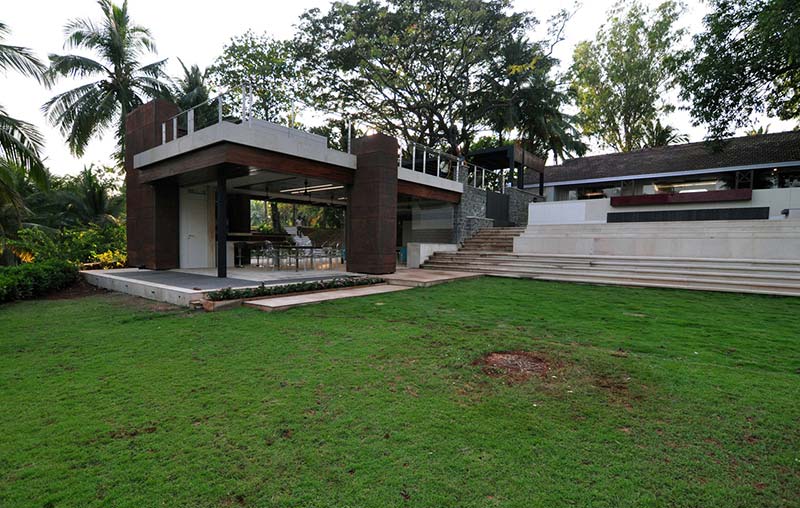 While the second home completely transforms at sundown, with the lighting used to both define, and enhance, each of the different zones; the pool takes on a dimension of its own, with close to a 1000 fibre optic lights, selectively illuminating ever facets of the pool, revealing its inner joinery.