IT’S ALWAYS bad news when a more or less respectable enterprise gins up a PR campaign to convince you of its legitimacy.

Case in point: The United Church of Christ’s “God Is Still Speaking” media offensive, which kicked off with considerable hoopla about a decade ago. Was God still speaking? Whoever said she had stopped speaking? I found the whole thing confusing.

So now a profession dwelling comfortably under the radar — architecture — is doing likewise. The American Institute of Architects has launched a three-year advertising and social media campaign dubbed “Look Up,” to raise awareness of the role architects play in our lives.

For now, the centerpiece of the multi-million-dollar campaign is a 30-second ad that has been airing on TV since last month. “We want to ask people to pause for a moment, take in their surroundings, and connect that with their daily lives,” explains the institute’s vice president, Phil Simon. “Hey — the built world around us, this was all designed by architects.”

How did we get here? How did the profession of Michelangelo and Frank Lloyd Wright get reduced to hyping its legitimacy in paid promotions on CNN and Fox News? That’s a good question. There is no doubt that architecture feels that it is under siege. “Future architects will look back at our times astounded by our confusions, gullibility, and inability to exercise critical judgement,” architect Peter Buchanan wrote recently in Architecture Review; “[Architecture’s] utter irrelevance to the urgent problems of our times are so obvious future generations will be aghast it was ever taken seriously.”

When American Institute of Architects Gold Medal winner Frank Gehry got up in front of an international press conference last year and said what we’ve all been thinking, that “98 percent of what gets built and designed today is pure [crap]” — and then punctuated his opinion with a raised middle finger . . . Yes, there is a problem. …. 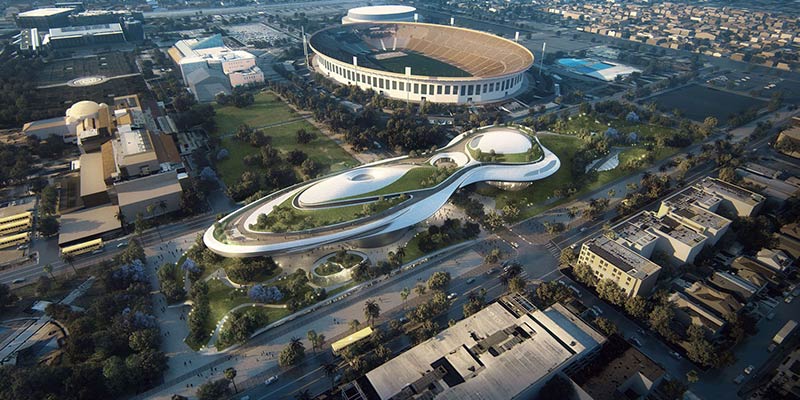 A new hope for Lucas Museum in LA

November 11, 2016April 1, 2015
0
Los Angeles and San Francisco are competing to play host to George Lucas' Museum of Narrative Art, which comes with a site-specific design by Ma Yansong.