Lots to lose: how cities around the world are eliminating car parks 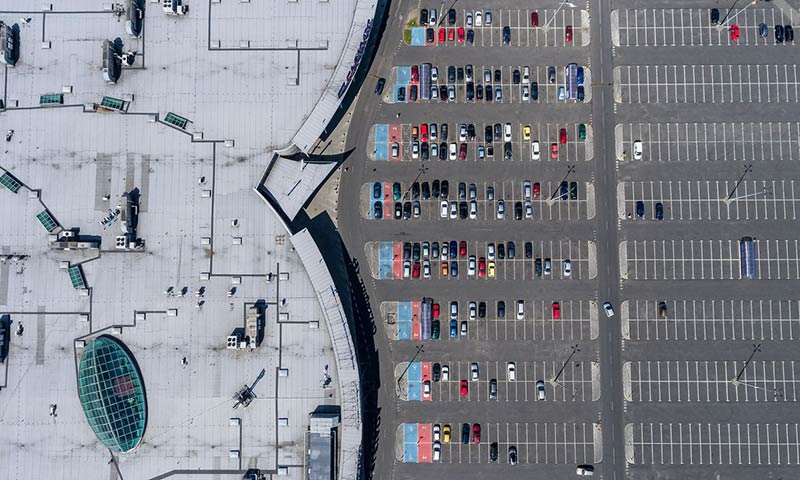 It’s a traditional complaint about urban life: there’s never anywhere to park. But in the 21st century, do cities actually need less parking space, not more?

With space for roughly 20,000 cars, the parking lot that surrounds the West Edmonton Mall in Alberta, Canada, is recognised as the largest car park in the world.

Spread across vast expanses of asphalt and multi-storey concrete structures, these parking spots take up about half the mall’s 5.2m sq ft, on what was once the edge of the city of Edmonton. A few blocks away, a similar amount of space is taken up by a neighbourhood of nearly 500 homes.

Despite its huge scale, the West Edmonton Mall’s parking lot is not all that different from most car parks around the world. Requiring roughly 200 sq ft per car plus room to maneuvre, they tend to be big, flat and not fully occupied. Often their size eclipses the buildings they serve.

Even when they’re hidden in underground structures or built into skyscrapers, car parks are big and often empty: parking at homes tends to be vacant during the workday, parking at work vacant at night. A 2010 study of Tippecanoe County, Indiana found there was an average of 2.2 parking spaces for each registered car.

The US has long been the world leader in building parking spaces. During the mid 20th century, city zoning codes began to include requirements and quotas for most developments to include parking spaces. The supply skyrocketed. A 2011 study by the University of California, estimated there are upwards of 800m parking spaces in the US, covering about 25,000 square miles of land. […]