Good walls make good neighbours – but not, it seems, when they are made entirely of glass. Five residents of the multi-million-pound Neo Bankside towers, which loom behind Tate Modern like a crystalline bar chart of inflated land values, have filed a legal claim against the museum to have part of its viewing platform shut down. They claim that its 10th-floor public terrace has put their homes into a state of “near constant surveillance”.

Climb to the summit of the Tate’s new twisted brick ziggurat and you are rewarded with majestic views of London’s skyline, where St Paul’s dome now competes for attention with the portly stump of the Walkie-Talkie, the swollen shaft of One Blackfriars and a host of other novelty forms in the capital’s own drunken sculpture garden. But most visitors are to be found huddled around the other side of the terrace, gawping at a spectacle of another kind: the pristine still lives of rich people’s homes.

Like a vertical stack of Damien Hirst’s formaldehyde tanks, the apartments of Neo Bankside are piled up just metres away, their glass vitrines displaying glistening tableaux of Eames chairs, Castiglioni lamps and ornamental fruit in silver bowls – along with plenty of expensive telescopes for spying on the surrounding panorama. But it seems the residents want their crow’s nest views to work only one way. […] 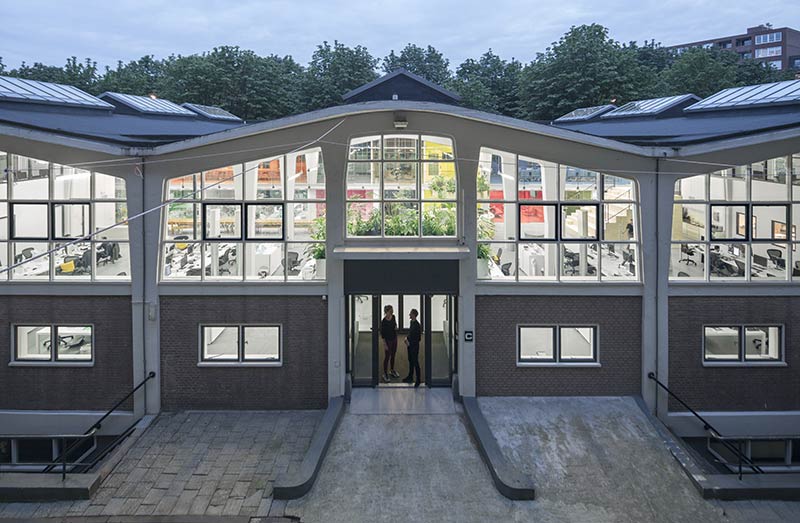 MVRDV has moved into the MVRDV House, their new offices in...

July 18, 2016April 26, 2017
0
Located in the iconic post-war monument Het Industriegebouw, is situated in the heart of Rotterdam’s city centre & is moments away from the firm’s Markthal