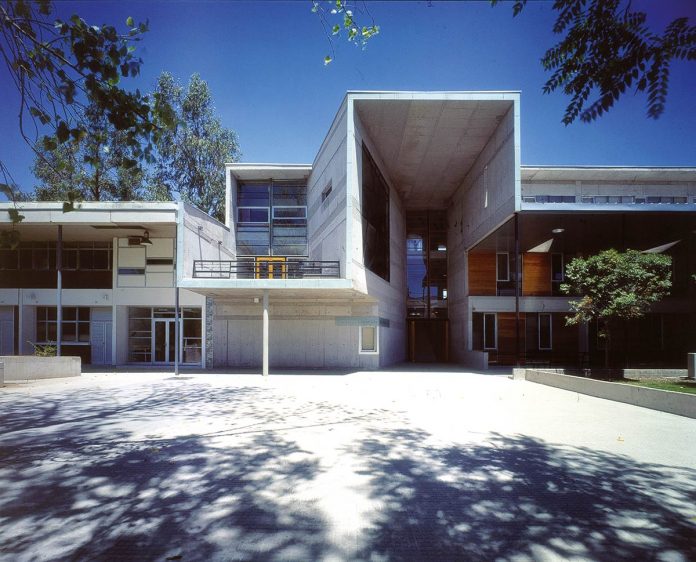 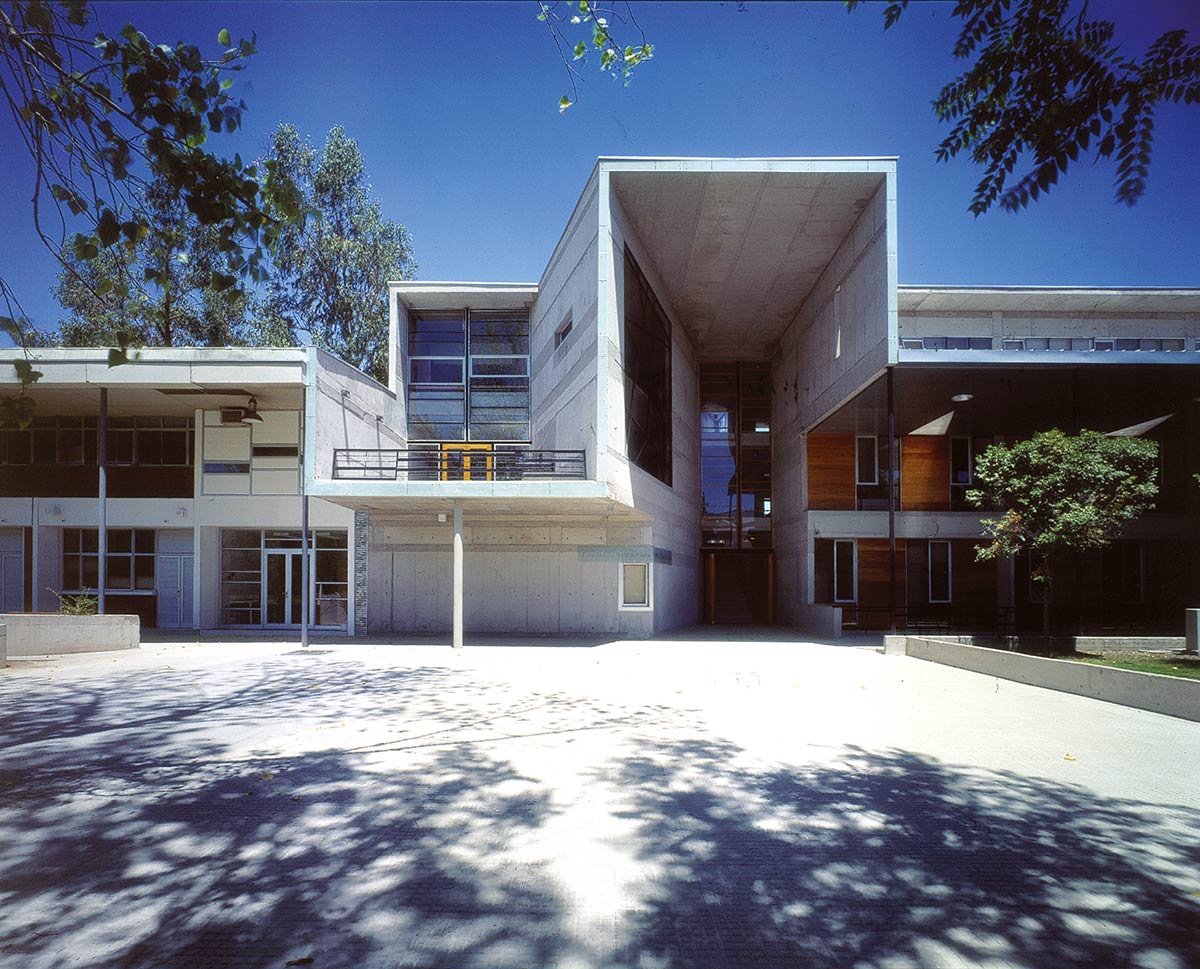 The architects were asked to build 2000 m2 of professors’ offices near the old faculty buildings but in no specific site. The first decision, was, instead of adding another small piece to a 50 hectare campus, to get dissolved into the preexisting buildings, in between them, just like them, according to the following equation: 2+1 =1.

But that connection brought some problems:
1. The new proximity might make evident: misalignments, changes of level, slight different directions that distance used to hide. So, we thought of having, at least in one point, a space complex enough, to hide all those eventual mistakes. 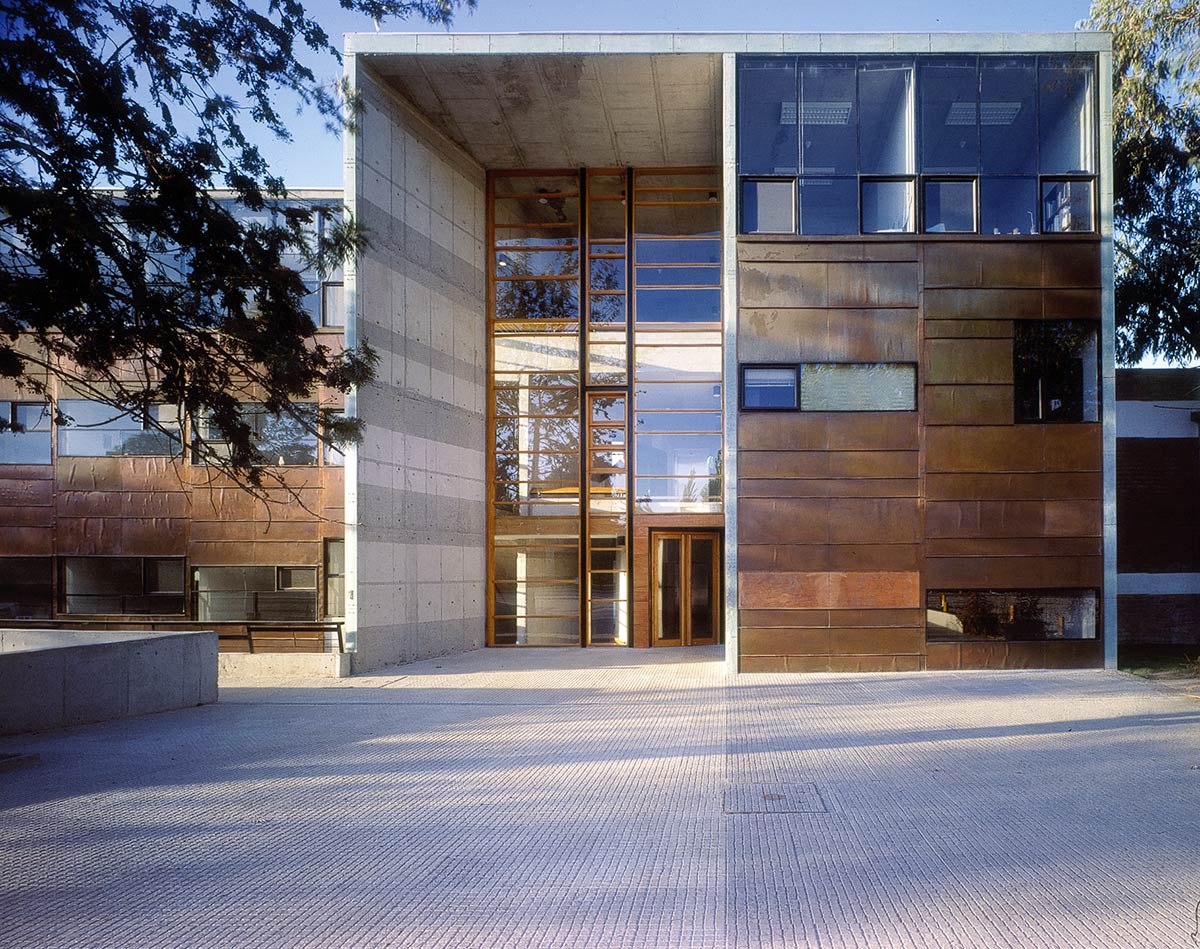 2. The new building interrupted a natural shortcut there was through the void between the existing structures; a shortcut is a force that you better agree with. So, the access zone had to resolve a circulation knot that had vertical access to upper floors, entrance to the library, internal corridor, and free passage for the shortcut. The complex space described in point 1, was achieved introducing diagonals: the simplest way to have 3 directions in the plan, which helped to resolve topologically the knot. 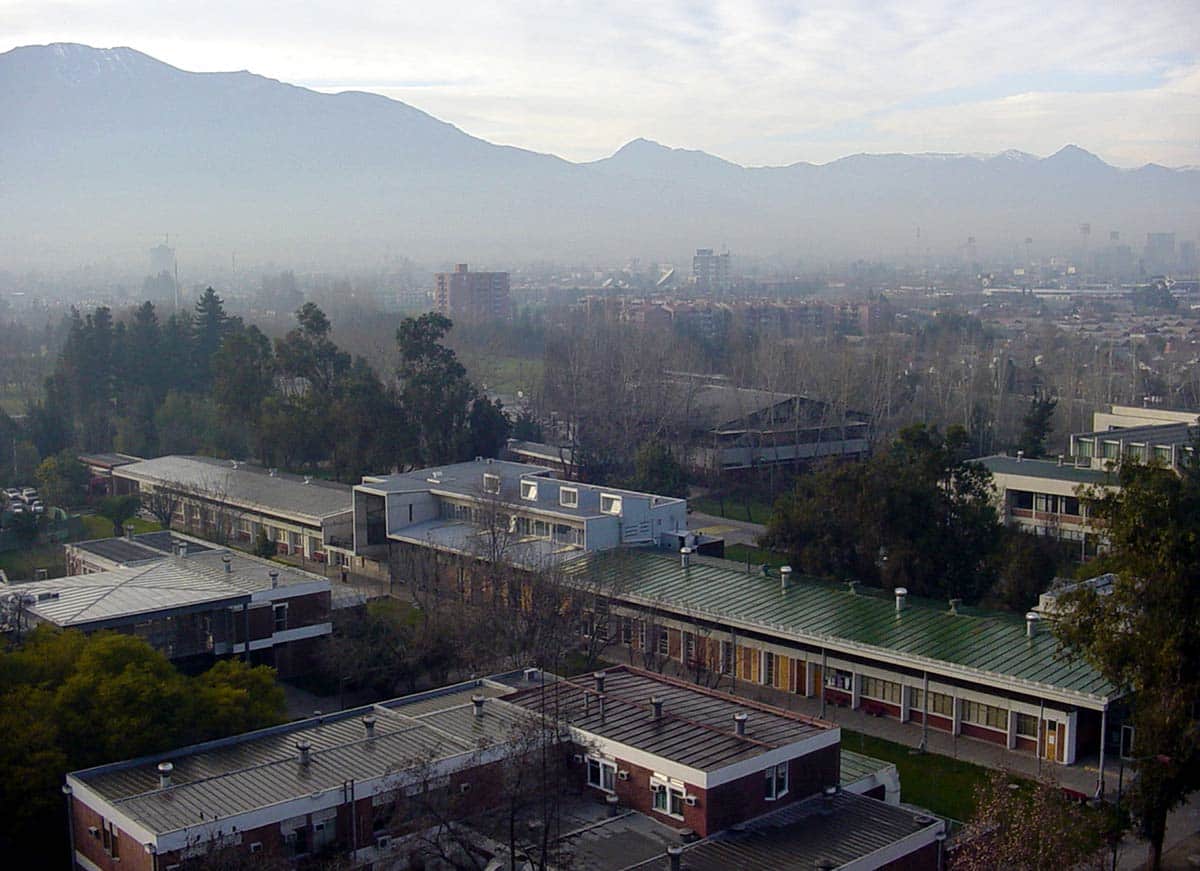 The required program consisted mainly in lots of little cells. Those cells offered good conditions for one of the dimensions of human work: the isolated, concentrated study. We always thought that we had to build the other dimension of knowledge production: the casual encounter in the hallways. So, this building is the magnification of the corridor conversation.

For the north façade of this new 150 meter long building (my own project was just 40 m long) we continued the covered portico using its depth to protect people and building from the sun and from the rain. 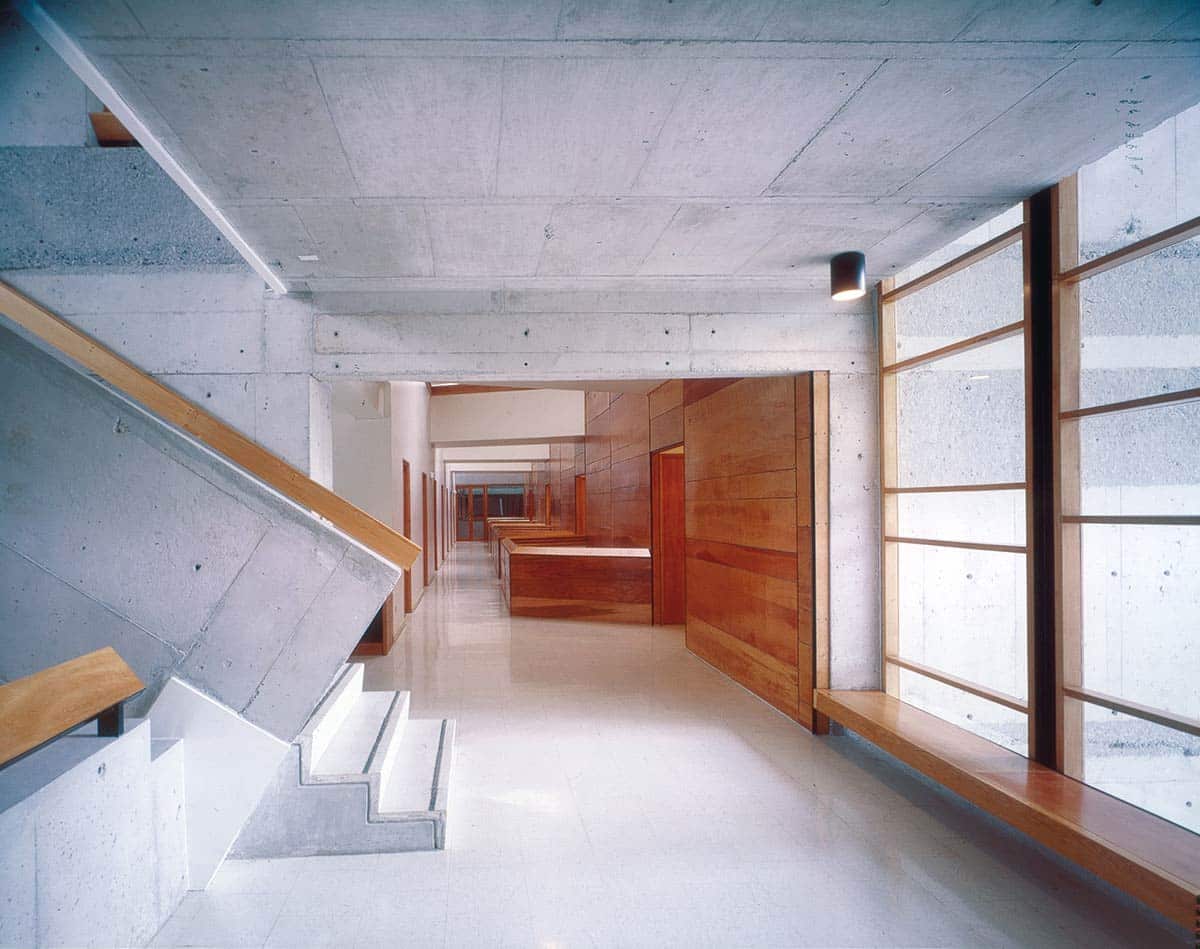 In the south façade we worked with a depthless skin to resist better the moisture, but mainly to go along with the fact that to do it otherwise is a wasted effort. In our hemisphere south facades never receive sun, so beings always backlit, they flattened irremediably into a dark mass. But glasses, when backlit, become mirrors. If to that, we add the fact that in Santiago, pollution will make the copper stain black, the dark mass will increase in time, highlighting the reflection of the life passing in front of the building. 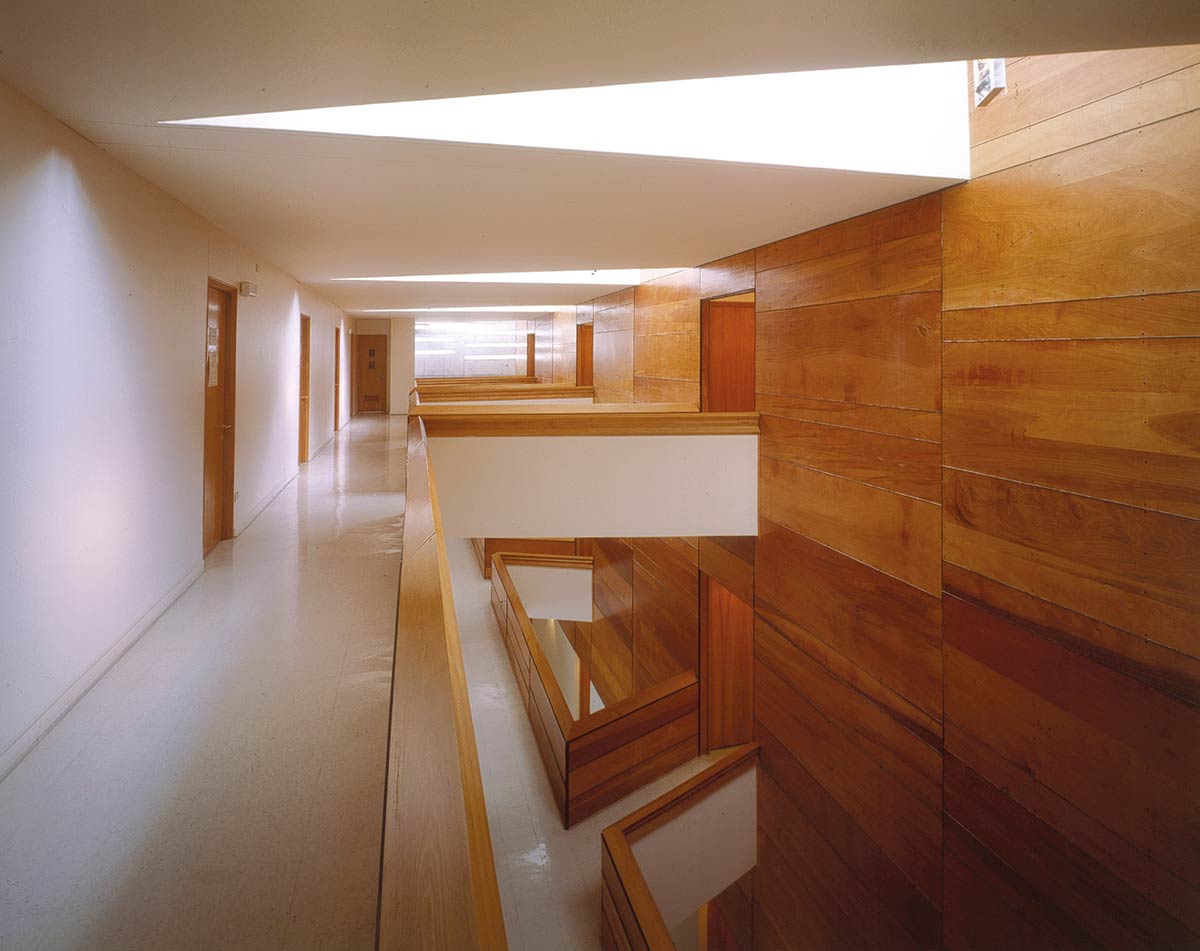 Finally, given that in Chile, the building industry is very often a tool against unemployment (those who don’t know to do any other job, build), to pretend a straight line more that 5 meters long is suicide. Discontinuity and mistakes were used to temper with some vitality, structures that due to seismic conditions, tend naturally to monotony.

February 28, 2022December 14, 2014
0
Squarespace is a popular platform for web design and is ideal for interior designers, architects, and builders.  It has an extensive template collection, and if...