‘In his bold flights of irregular fancy, his powerful mind rises superior to common conceptions, and entitles him to the high distinctive appellation of the Shakespeare of Architects.’ Such was the opinion of John Soane of the works of Sir John Vanbrugh.

This was praise indeed, for – as the current exhibition at Sir John Soane’s Museum (on ‘Shakespeare in Soane’s Architectural Imagination’; until 8 October) makes clear – he was very fond of the theatre and involved in the growing cult of Shakespeare. A bust of the Bard was installed in a special niche on the staircase in the house in Lincoln’s Inn Fields; he owned a First Folio; and he quoted ad nauseam in his Royal Academy lectures the lines from The Tempest that could be related to architecture: ‘The cloud-capped towers, the gorgeous palaces, / The solemn temples…’

Soane’s praise of Vanbrugh’s architecture is refreshing as it denies what has become the conventional association – dismally represented by Stratford-upon-Avon – between the world of Shakespeare and half-timbered neo-Tudor architecture. Similarly, David Garrick, the great actor in whom Soane was also interested and who organised the first Shakespeare Jubilee at Stratford in 1769, could erect the Ionic domed Temple to Shakespeare by the Thames close to his house at Hampton. And then there was the intriguing Shakespeare Gallery created in Pall Mall in 1788–89 by the print-seller John Boydell. […] 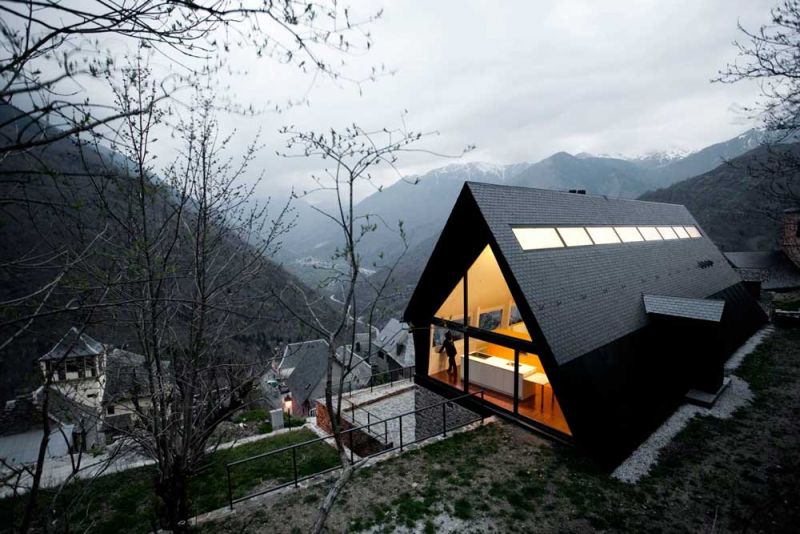 November 11, 2015July 27, 2016
0
A vernacular dry stone house in the Pyrenees and the aim to transform it into a comfortable and utilitarian second residence are at the origin of this project.