A beautiful opportunity lies ahead, the one to encounter the journey of Michael Webb, a wanderer, a creative that immortalized it’s roams in Moving Around – A Lifetime of Wandering, read on to find out how you can follow his footsteps by winning a free copy!

From the ruins of Palmyra in the Syrian desert to the ghost town of Bodie, the painted churches of Sucevita in Romania, and a fire festival in a Japanese village: Michael Webb has ventured far afield in search of the rare and beautiful. He recalls memorable experiences of people and places over eight decades of travel around the world, and some of the buildings and landscapes that have left a lasting impression. It’s getting harder to find places that have not been commercialized and overwhelmed by mass tourism, but they can still be found, even in the most popular destinations. Webb’s recommendations should inspire you to get off the beaten track and make your own discoveries. 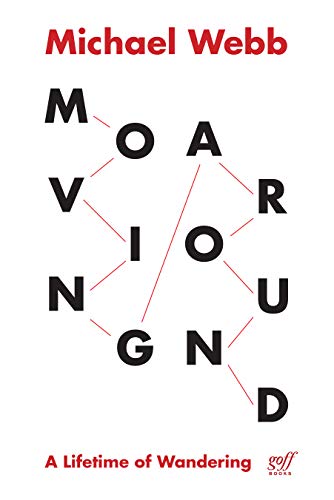 Moving Around is a kind of travel sketchbook ― with Webb’s photographs standing in for the hand-drawn images and tangible souvenirs of the places visited, and his words for the captions or other markings. It’s possible to construct a memoir from these kinds of sketches. Mark Twain certainly did. The travel writings of Rebecca West amount to a kind of fragmented memoir. Bruce Chatwin’s In Patagonia (1977) could be described as the kernel of a memoir contained within a kind of anthropological expedition. Webb clearly understands the extension through space, the trace of hand and eye, the sense of passage, that makes for story. We want to enter these enveloping spaces, feel Webb’s own sense of place. (Ezrha Jean Black Los Angeles Review of Books) 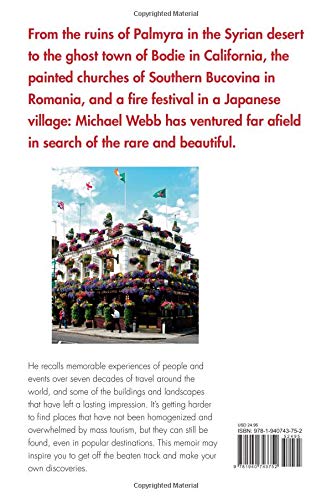 Michael Webb is a Los Angeles-based writer who has authored more than twenty books on architecture and design, most recently Architects’ Houses, and Building Community: New Apartment Architecture, while contributing essays to many more. He is also a regular contributor to leading journals in the United States and Europe. Growing up in London, he was an editor at The Times and Country Life, before moving to the US. He was named Chevalier de l’Ordre des Arts et des Lettres for his services to French culture..
Want a chance to win a copy of “Moving Around – A Lifetime of Wandering”? Fill out this survey by the deadline on Friday, May the 1st, end of day.
Five copies of the book are available to win. Winners will be announced in the comment section below on Sunday 3rd of May.
This giveaway is open to U.S. and Europe based entrants only.
Good luck!