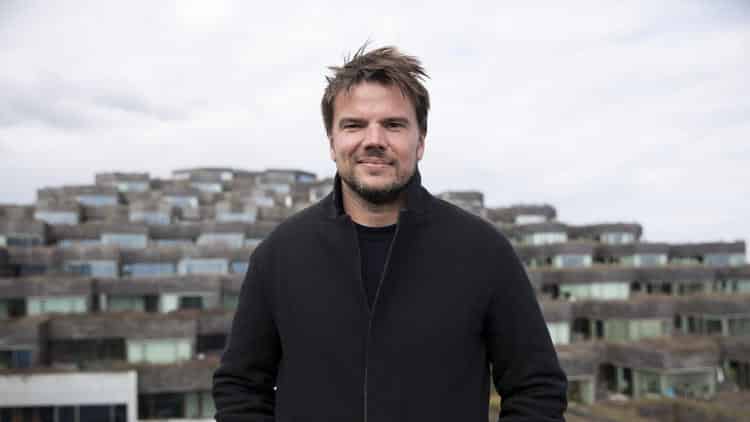 “I never dream about my buildings,” Bjarke Ingels says in one episode of “Abstract: The Art of Design,” an eight-part documentary series from Netflix premiering Friday.

That may be because he’s too busy designing the next two or three. Or 20. At the time the episode on Ingels was being filmed about a year ago, his firm, Bjarke Ingels Group, had completed only a dozen projects — still a sizable number for a firm on the rise — but had a remarkable 17 under construction.

And these are not modest buildings: The firm’s clients include Google, the Smithsonian and the chief developer at the World Trade Center site, Larry Silverstein. Ingels’ only Los Angeles commission, for a block-long site along the L.A. River, is a $2-billion behemoth unveiled at the end of last year that would include nearly 800,000 square feet of office space, 250 apartments and two hotels.

That Ingels also found time to accommodate a documentary film crew in the middle of that period, just as he is taking on that almost absurdly wide global portfolio, probably explains his career trajectory as succinctly as any other anecdote you could tell about him.

On the whole the series represents a major bet by Netflix that architecture and design are not daunting high-culture subjects but accessible ones that will play well on the small screen — perhaps the most ambitious bet of that kind since PBS hired architect Robert A.M. Stern to host a series called “Pride of Place” in 1986. (It also had eight episodes.)

The fascinating subtext of the episode on Ingels — the only one in the series dedicated to an architect — is that the 42-year-old is at the moment to his profession almost exactly what Netflix is to Hollywood. “Abstract” was made in the middle of Netflix’s headlong dive into producing its own content, an ambitious roster of movies and series that includes “Narcos,” “House of Cards,” “13th,” “Daredevil,” “Stranger Things” and quite a few more. […]

Continue Reading – Source: Los Angeles Times
Aline Chahine
Aline is an international licensed architect currently practicing in Canada, she is the reason you are reading this right now, Aline founded the platform back in 2008 shaping the very foundation of Architecture Lab, her exemplary content curation process that defines the online magazine today.