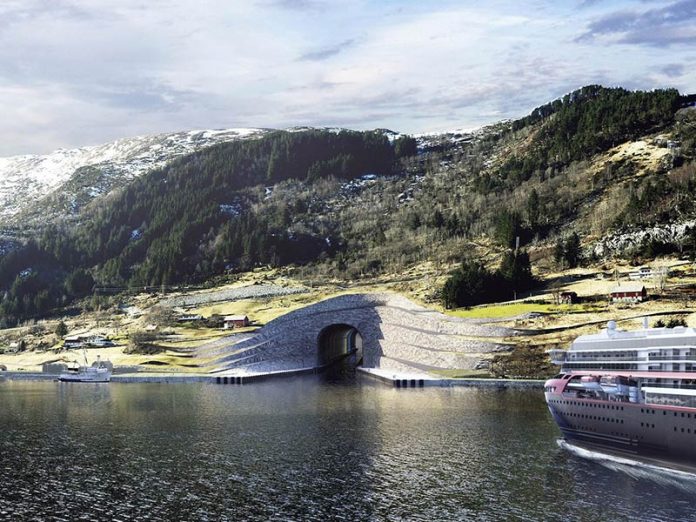 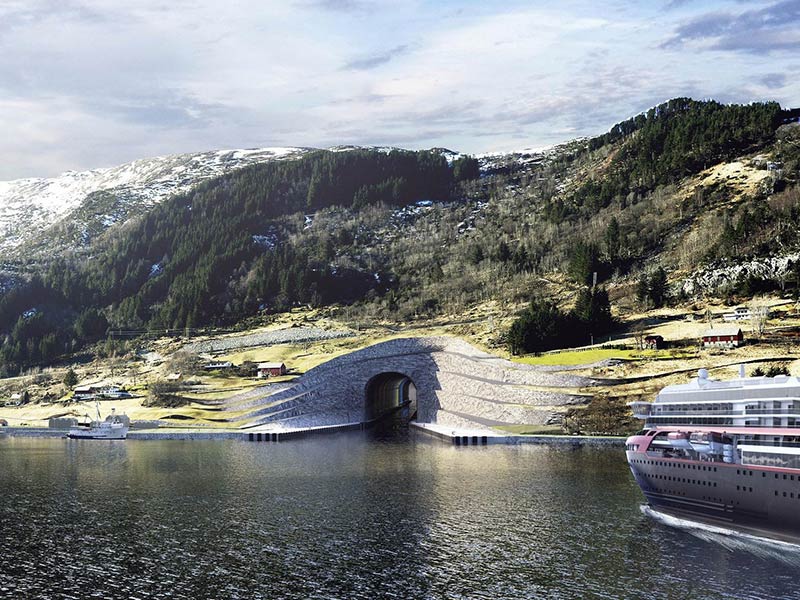 Norway is home to more than 1,100 road tunnels. They cut through the mountains and stretch under its deep sea, allowing vehicles a more direct route through the country’s challenging terrain. The Scandinavian country has burrowed thoroughfares for nearly every mode of transportation—except one.

“We build a lot of tunnels, just not for ships” says Terje Andreassen, head of Kystverket, the Norwegian coastal administration. It’s strange when you think about it. Norway has more than 18,000 miles of coastline, punctuated by rugged cliffs that jut into the sea like outstretched fingers. The country’s fjords fill the long, slender gaps between the cliffs. These narrow inlets are famed for their beauty, but are a pain for shipping vessels. Traversing the country’s coast requires venturing in and out of fjords, which is inefficient; and rough waters on the open ocean occasionally strand boats in an inlet’s relatively placid waters. That’s why, for the last two years, Kystverket and the architecture firm Snohetta have plugged away at a proposal to build the world’s first ship tunnel. The recently approved plan calls for a mile-long passageway through the Stadlandet Peninsula in northwestern Norway, and would afford boats a safe and quick alternative to the tumultuous waters separating two major fjords.

The Stad Ship Tunnel is remarkable for its size and design. At 165 feet tall and 188 feet wide, it’s big enough for a 35-million pound ship to pass through. A canal would accommodate taller ships, but Andreassan says building one would be impossible. The mountain through which the tunnel will run rises more than 1,100 feet into the air. To dig a tunnel, workers will have to remove nearly 18-billion pounds of rock; constructing a canal—what is essentially a tunnel without a roof—would require crews to remove far more. […] 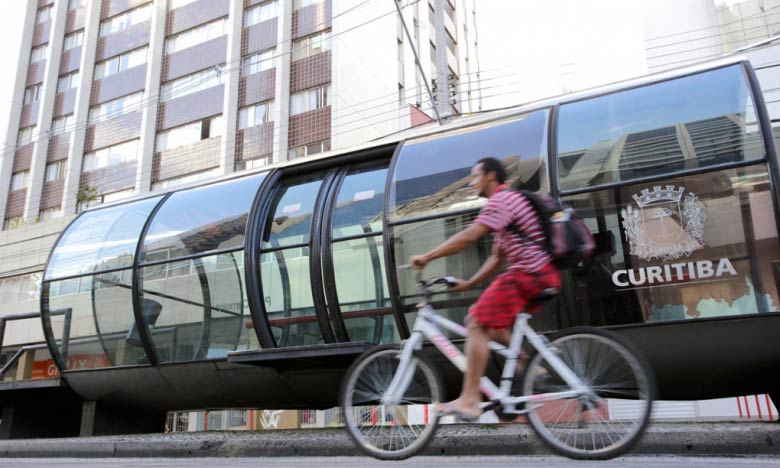 May 31, 2015April 12, 2017
0
When Curitiba’s bus rapid transit stations were revamped in 1991, the futuristic glass-tube stops became a new symbol for the Brazilian city