On July 19, Governors Island, a 172-acre park about half a mile off the southern tip of Manhattan, will open its new centerpiece: “The Hills”—as the four enormous mounds are called—will span ten acres and give visitors amazing views, art installations, and plenty of space for play and relaxation. They’ll also be a model for protecting a city vulnerable to climate change-powered storms and sea level rise.

When the Trust for Governor’s Island imagined the site in 2006, the term “resiliency” wasn’t even in the vocabulary of New Yorkers, says Trust president Leslie Koch. This was years before Superstorm Sandy, after all. But in 2007, Koch and her colleagues selected West 8, a Dutch architecture and landscape design firm known for the attention it pays to the threat of climate change, to lead the project. “We got a crash course in what it meant, before everyone else,” says Koch.

For starters, they would have to plan ahead by elevating the park out of harm’s way. As sea levels rise, coastal groundwater can become salty, killing vegetation. To protect the park’s trees, West 8 design director Adriaan Geuze told Koch and her colleagues they would need to lift nearly 40 acres of land on the southern half of Governors Island—which is mostly shallow landfill and completely surrounded by brackish water—7 to 15 feet, on top of fill. “The island is in the middle of the ocean,” Geuze says. “Tides roll around it, and exposure is part of its life.”

The message didn’t sink in right away. But Geuze convinced the Trust. “I was very skeptical. I thought this was just something Dutch people do,” Koch says. “But we reviewed the data more than once, and it became clear this was a necessity.” 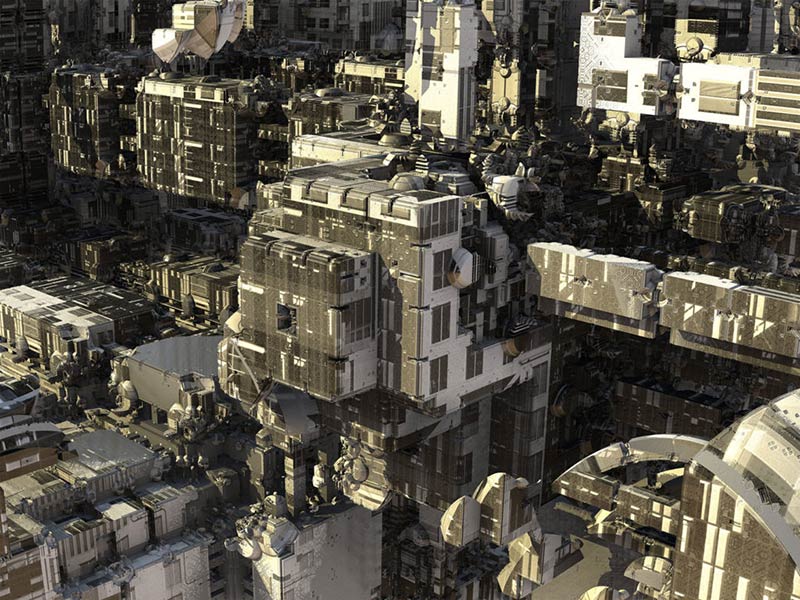 The architect of these monstrous, Alien Cities is an Algorithm