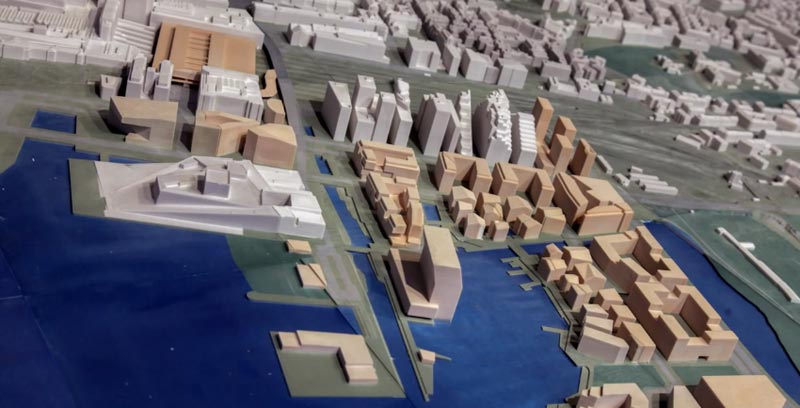 If you visit the Agency for Planning and Building Services in Oslo, you’ll see the results of the agency’s monumental effort to create a complex, small-scale model of the Norwegian city. The 3D printed model replaces a previous, decade-old, conventionally produced 3D model that needed to be updated. However, updating the earlier model would have been an expensive undertaking. A 3D printed solution was proposed in 2012 but the progress was slow. The agency had purchased an A3 3D printer but lacked the expertise to use it and there simply weren’t that many examples of successful projects similar to what agency team members aspired to.

Finally, in early 2014, the eight-member team picked up the pace. Development of the 2D basemap, which became a direct reference for the eventual 3D printed model, began in earnest. The basemap was used to isolate the city of Oslo into sectors. Existing structures, areas where projects were underway, and future development projects were included in the 3D model.

The 3D printed model of Oslo, which covers an area of 34.8 km2 within the city’s central area, is divided into 360 blocks of around A3 DIN size (standard sizing for drawings, diagrams, and large tables). Overall, the 3D printed model measures 7.6m x 4.5m. The scale is 1:1,000.

The 3D model was printed using two 3D Systems ZPrinter 650 3D printers. It was assembled on a wooden platform. Every block is detachable; that is, you can pull it out of the larger model for closer examination. This segmented approach makes it much easier and clearly less expensive to update the model when necessary. Each of the blocks or segments is comprised of different layers of data compiled in ZEdit Pro by Portland, Oregon-based Peak Solutions. […]