Patrick Schumacher, the right hand of the late starchitect, now faces the daunting task of leading the firm she built.

It is past midnight, and along the Grand Canal in Venice the architecture world’s elite are partying — many of them on a pair of pirate ships that have been chartered by the Danish wunderkind Bjarke Ingels. But in the ornate dining room of the nearby Palazzo Widmann, another star, Patrik Schumacher, is holding court, challenging the “vacuous, quasi-socialist consensus” that, he says, informs the 2016 Venice Architecture Biennale — and the profession overall.

This year’s biennale contains one national display after another dedicated to liberal ideas: The German pavilion has been literally torn open as a symbolic welcome to immigrants. “You can see politics every night on the BBC,” Schumacher declares. “Where do we see architecture? There are people who do this kind of thinking — philosophy, jurisprudence. We need to respect the division of labor.” Architects, in other words, should stick to architecture.

Schumacher has, perhaps, the most demanding job of any architect working today. In March, he found himself at the helm of the 400-person firm founded by Zaha Hadid, after she died unexpectedly, at the age of 65. At that time, Zaha Hadid Architects had 36 active projects in 21 countries. Now it has even more. The current lineup includes a World Cup stadium in Qatar, a condo building overlooking the High Line in Manhattan, and an airport on the outskirts of ­Beijing. That is an astonishing number of projects for any firm, and an almost unbelievable number for one that consistently pushes the envelope, creating forms that explore, in Hadid’s words, “fragmentation, flotation, and liberation from gravity.”

While moving those projects forward, Schumacher must also keep the business alive by landing new ones. That won’t be easy; firms headed by starchitects rarely outlive their founders. But given the number of designers trained by Hadid over the years, “her passing won’t lead to a breakdown of creativity,” observes Malcolm Reading, an organizer of design competitions. […] 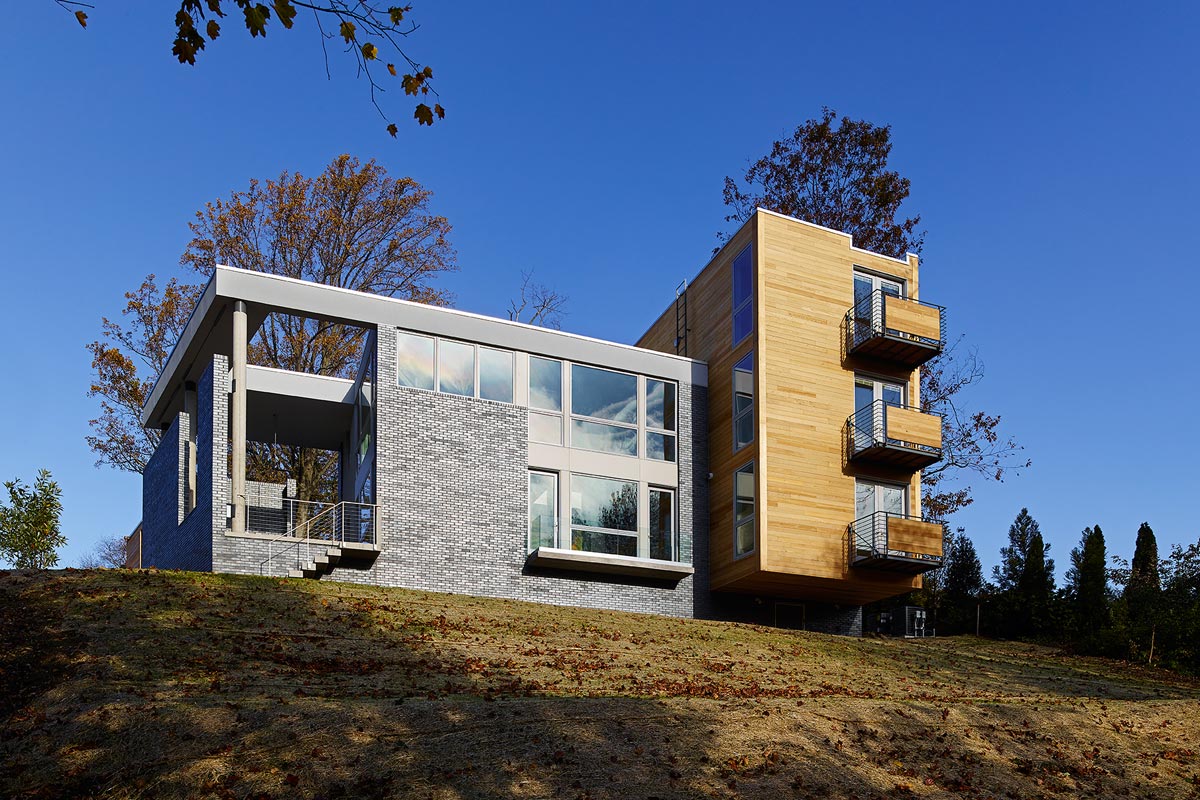 February 14, 2015
0
St Andrews Residence is located in Chestnut Hill in the northwestern section of Philadelphia. The 3,000 square foot house sits on a property with...