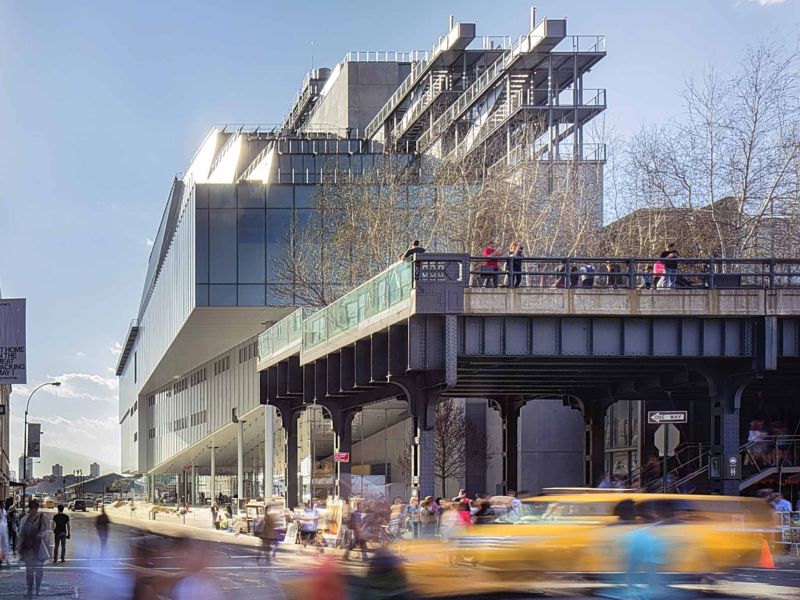 In the 1960s, there was the Space Race. From the 1990s, starting with the Frank Gehry-designed Bilbao Guggenheim Museum, we’ve had the Art Museum Race. Two months ago, Frank Gehry electrified Paris with the Fondation Louis Vuitton, like a supersized Moby Dick diced up in the Bois de Bologne.

And now we have New York’s just-completed Whitney Museum of American Art, designed by the Shardmeister, Renzo Piano. Is it an architectural icon? No. Is it as frightfully cool as the sublimely retro Standard hotel straddling the High Line elevated park, or the chic fashion bunkers and eateries around it in the old meatpacking district? No.

And yet the Whitney seems unique – and not simply for its 270ft galleries, or the 600 works of art on show from 1 May. The Whitney may be the first post-Bilbao “headline” art palace that has really added something respectful to a city’s existing character. It certainly hasn’t landed like a space ship designed to generate maximum Likes and selfies.

The anti-USP of the Whitney is that its architecture presents no single, killer image, because Piano has made no attempt to create a brandmark shape. Seen from the Standard’s top-floor restaurant, the museum’s north-facing side is unremarkable; and its main façade is not memorable in the usual ways.

And yet, the base of the Gansevoort facade, and the ground-floor reception area, are masterfully arranged. The elevation is angled to break the grid at the street corner, widening the view through to the Hudson as you turn the corner; the big, triple-height reception area has a glass envelope, maximising the visual connection to the river; and the reception’s flooring and the stair treads are in roughly surfaced, pale blue-grey Catalonian limestone, which has the effect of dragging the street’s surface into the building and creating a piazza vibe. […]