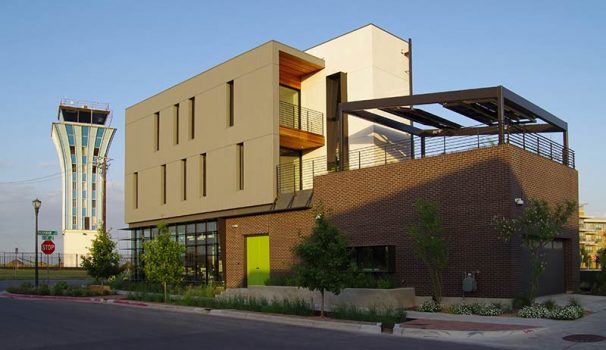 The Pike Powers Living Laboratory exists as part of the Pecan Street Clean Energy Internet Demonstration endeavor and will be located at the Mueller Development in Austin, Texas. Sited within a row of shop houses, the project provides the opportunity to function both as a model sustainable smart home as well as an active lab for sustainable technology experimentation. Both elements will act as a showplace for technologies and serve as an educational center where researchers, utility providers and the public can see the systems at work and test new approaches in a real world, carefully controlled setting. The facility will act as the Austin home for the National Renewable Energy Laboratory as well as a base for researchers from the University of Texas. 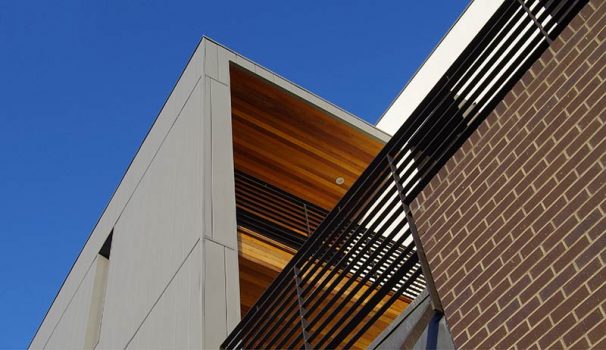 The Living Lab aims to achieve a high degree of holistic sustainability on multiple levels, including low-tech and high-tech strategies. The services and systems used to carry out these strategies will be consolidated in the floor plan to maximize flexibility to be expandable, convertible, and versatile to allow for modification over time as the end user needs change. The flexible, open plan will also promote the principles of universal design with the goal to create an environment that is accessible and educational for all. 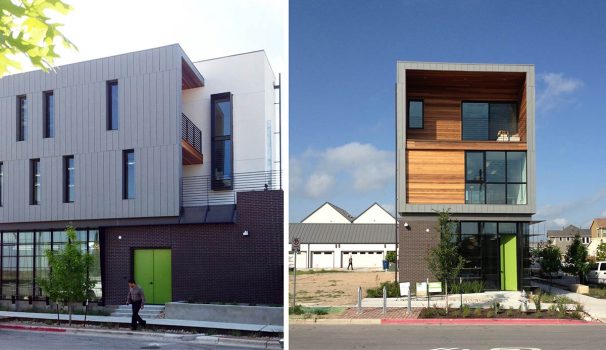 Building services and systems are consolidated on the floor plate to maximize flexibility and versatility, allowing for modification over time as the end users’ needs change. The flexible, open plan will also promote the principles of universal design with the goal to create an environment that is inclusive of all, regardless of physical ability.

As a solution, the project proposes shifting both the construct of the house and the construct of living in a house. We imagine living as an experiment; living as an opportunity to learn and to improve your surroundings as a result of that knowledge. Consequently, the house is not a static machine that serves for its occupants, but rather it is a living organism that grows in its relationship with its occupant. 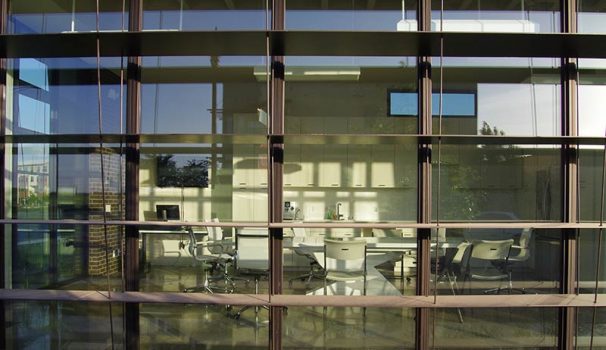 Most importantly, the Living Lab stands apart as a typology because of its honesty about environmental performance. For the first time, a building will no longer operate passively and independently from its occupants, but will instead communicate actively with its users. Today’s readily available technology integrates this concept easily into the occupants’ daily lives, providing them with the opportunity to be responsive to a building’s performance rather than merely measuring and monitoring it. This feedback loop is continually cyclical, resulting in greater performance and greater knowledge of both building and user alike. 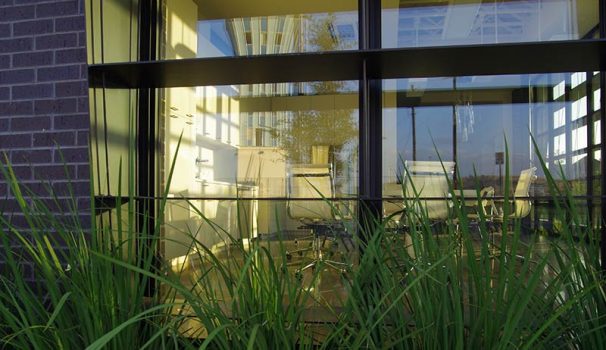 This brownfield site has origins and remains from the decommissioned airport and is being reclaimed as a sustainable live/work community. Minutes away from downtown Austin and the University of Texas, this site offers a unique opportunity to combine dense urban living with vast green spaces around the former airport control tower. This site takes advantage of existing and planned mass transit routes as well as nearby cultural amenities. 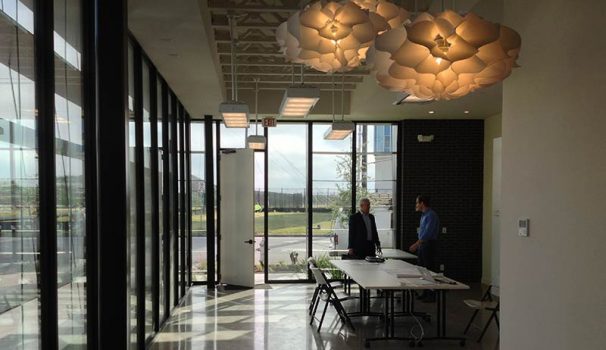 The prototypical Living Lab will sit within this context as a two-volume structure. The primary laboratory testing room will be located on the lowest level to be separate from the domestic living lab zone on the two upper levels. These Live/Lab zones will not only interact and influence one another, they will interact with the larger context by teaching and promoting research through activated street level facades and as demonstration spaces for other homes in the community.