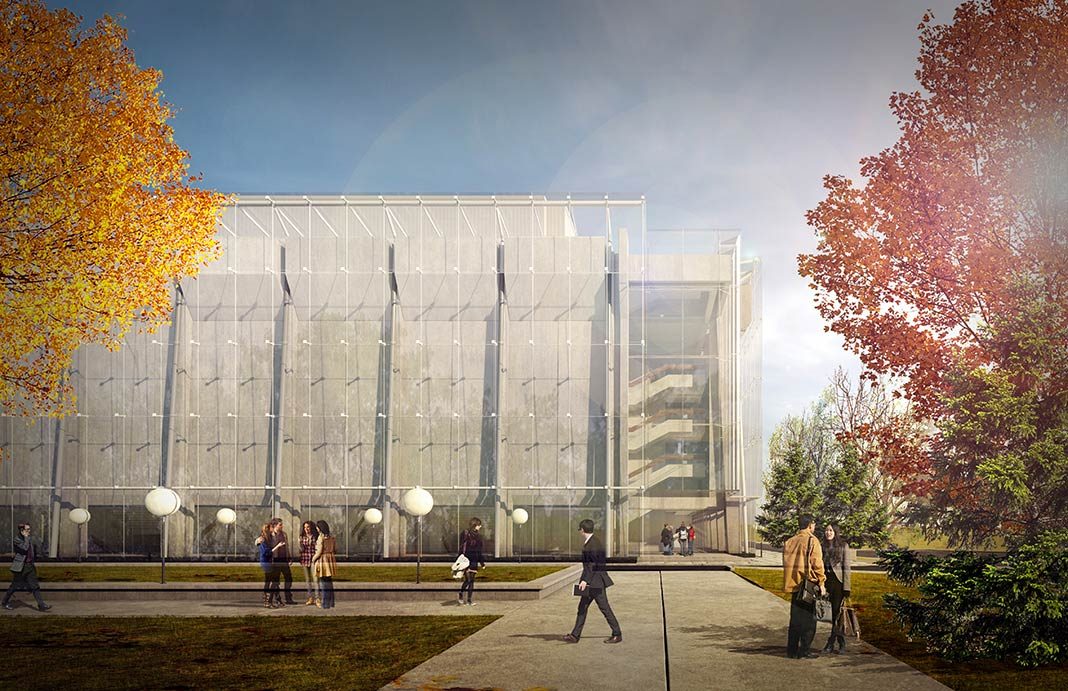 Faced with the severe deterioration of its concrete envelope, made of prefabricated panels, the Grand Théâtre de Québec needed an intervention to ensure its longevity. The team’s proposed solution was holistic, delicate, transparent and understated. The jury was charmed by the concept of a protective shell around architect Victor Prus’ creation, a brutalist icon inaugurated in 1971. 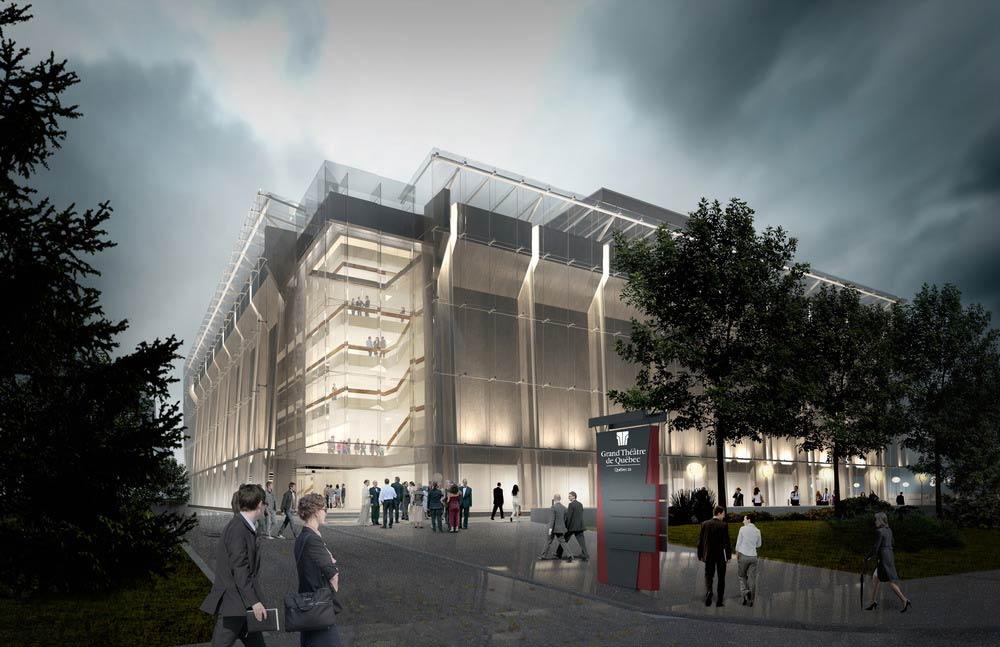 “It was crucial to respect Prus’ vision,” said Eric Pelletier, Lemay architect and creative partner, “and preserve the integrity of Jordi Bonet’s mural, sculpted into the interior supporting wall over an area of 1,000 m2.”

The future glass casing will be integrated with the building as a modern, conserving cocoon, where the gap formed by the double façade will be climate-controlled and ventilated, thereby protecting the concrete panels.

The complex and daring rescue operation met the daunting challenge of stopping the Grand Théâtre’s advanced structural deterioration in its tracks. Repeated freezing and thawing had caused its metallic anchors to rust, exposing the concrete panels and risking their collapse. 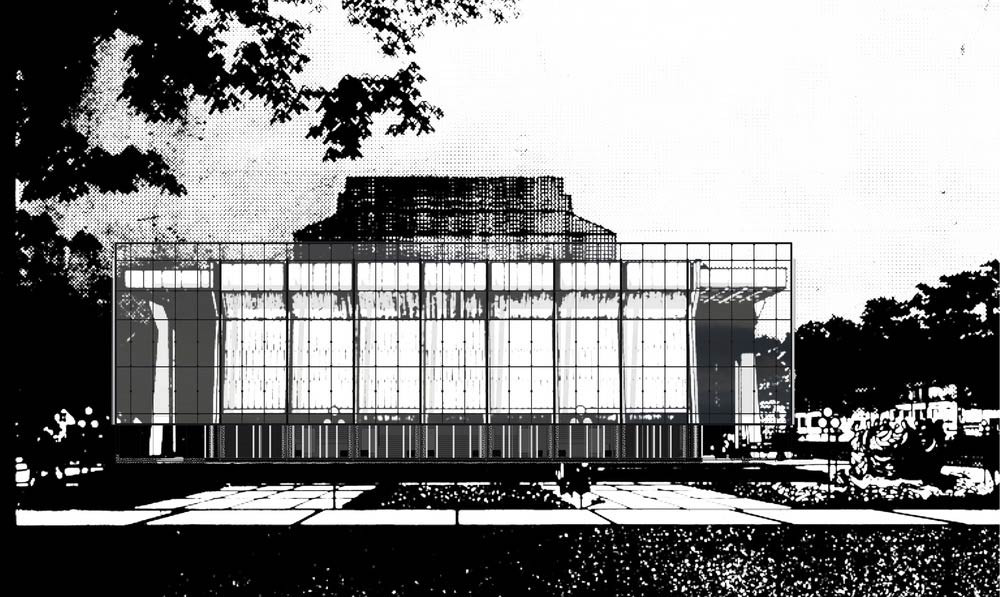 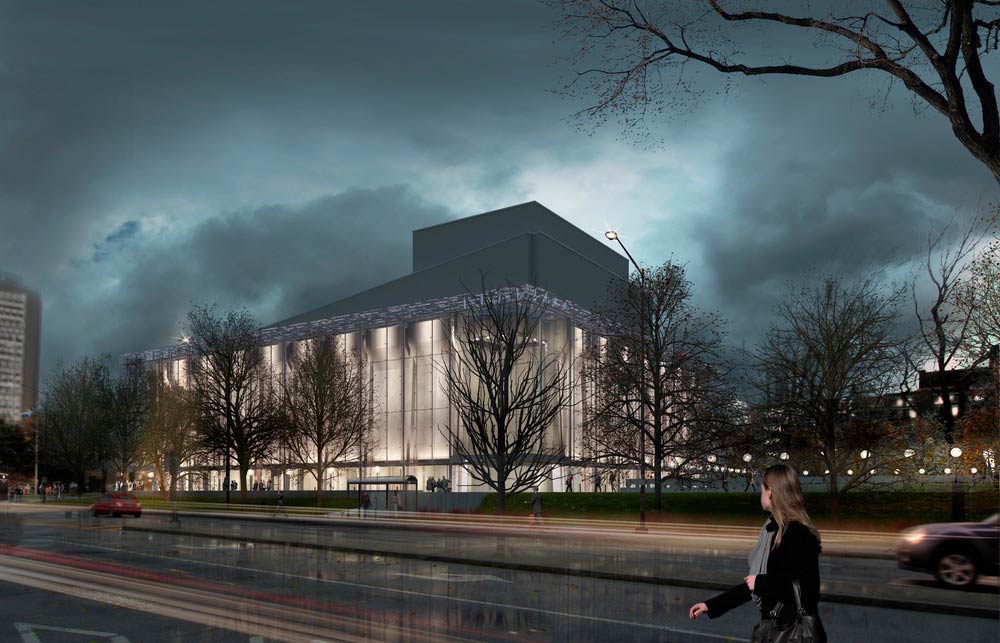 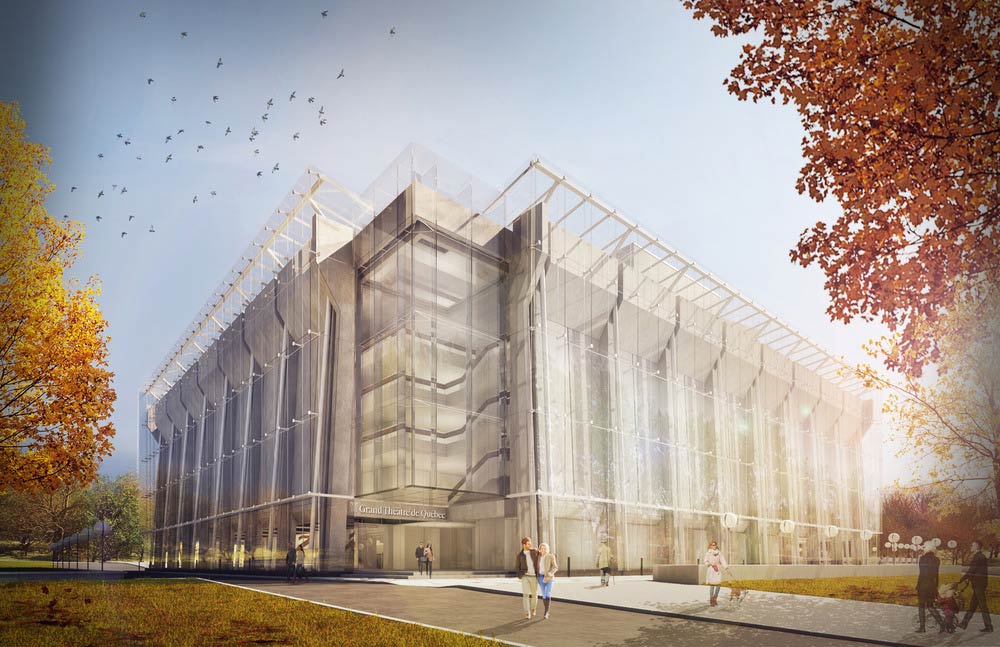 In addition to Jordi Bonet’s existing work, intimately entwined with the building’s structure, the institution’s artistic vocation produced challenges for the project team. The humidity level between the walls needed to be optimized to prevent musical instruments’ cracking as a result of overly dry air. The Grand Théâtre de Québec also chose to maintain operations throughout. The solution addressed all of these concerns.

Repair and protection work will take place from spring 2017 to fall 2022 and cost $16 million. 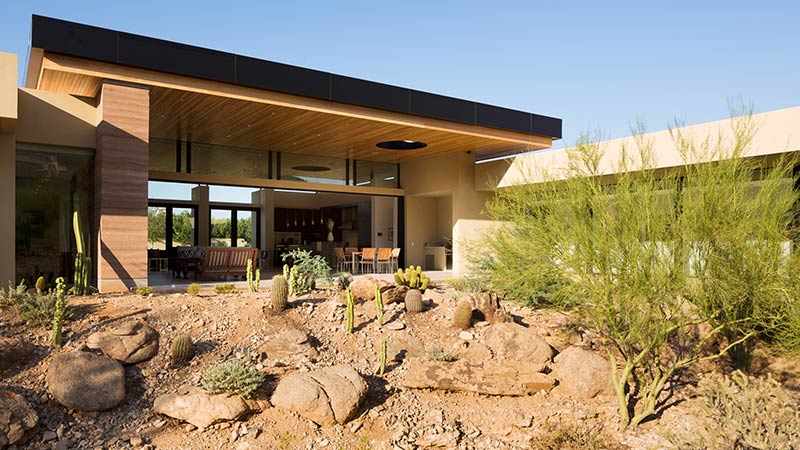