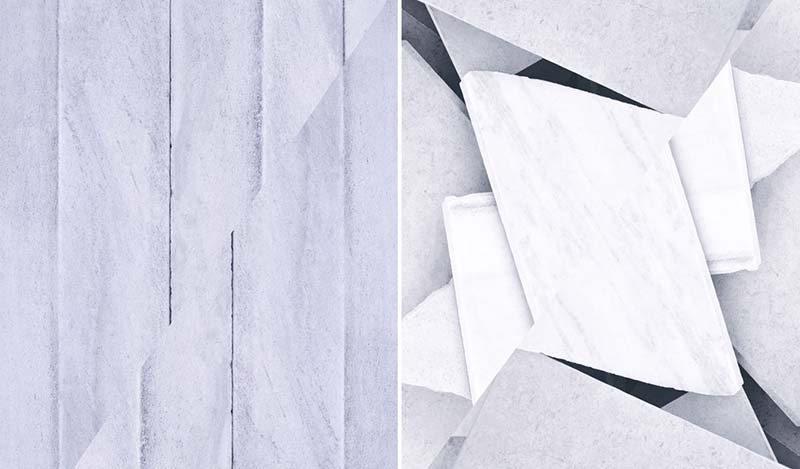 Marble is the material and a triangle is the shape that constitute VanDerBeek’s formal inquiry into Baltimore’s civic and residential architecture through a conversation between photography and sculpture, on view at the Baltimore Museum of Art through September 20. A symbol of the city, marble is found throughout and speaks to its former wealth as well as its abandonment after the 1968 uprising that followed the assassination of Dr. Martin Luther King, Jr. VanDerBeek scouted out the material with her camera on the steps of row houses, in the city’s salvage yards and around Neoclassical monuments, documenting marble at ranges so close as to abstract, fragment, and decontextualize it from its original site.

For Threshold I and II (all works 2015), VanDerBeek photographed the planks of a marble floor from above, zooming in on the stone’s pattern against the regularity of the plank, all emphasized in black and white. The artist slices the photograph at an angle that bisects the image from top right corner to bottom left, creating two right triangles. Stacking the two images in front of each other in the space of the frame, she creates a depth that re-imbues the image of marble with a sense of the original referent’s solidness, materiality, and weight: Image becomes object. […] 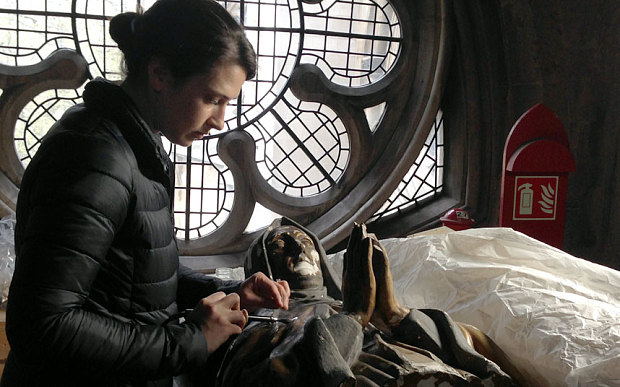 April 27, 2015September 21, 2015
0
Last glimpse of the dusty attic above Westminster Abbey – home to what Betjeman described as a ‘the finest view in Europe’ – in its current form