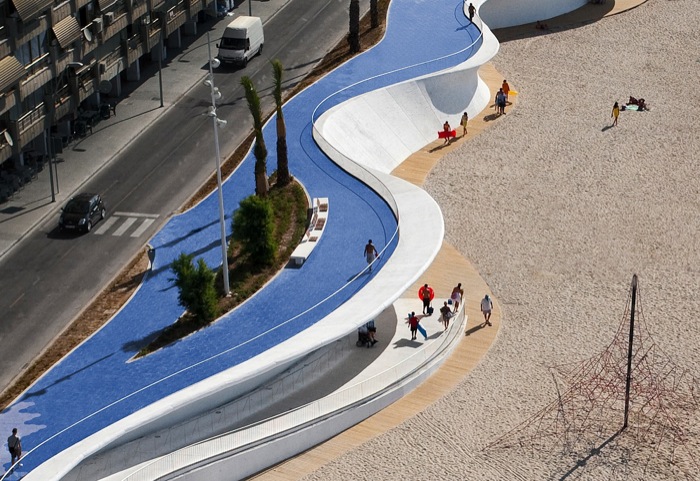 Benidorm is perhaps the singlemost paradigmatic Spanish city of the massive industry of leisure and tourism, a city of an extremely high density concentrated in a tiny territory. This model has shown itself to be more efficient than others that position the deterioration of huge tracts of land, towns that are empty for nine months of the year, almost impossible to maintain.

In the competition for the remodeling of the 1.5-kilometer-long West Beach Promenade, we proposed a radical innovation in terms of what different promenades the world over have hitherto been. Not only a borderline of protection, a hinge between town and sea, the construction will be a public place that is conducive to many different activities. 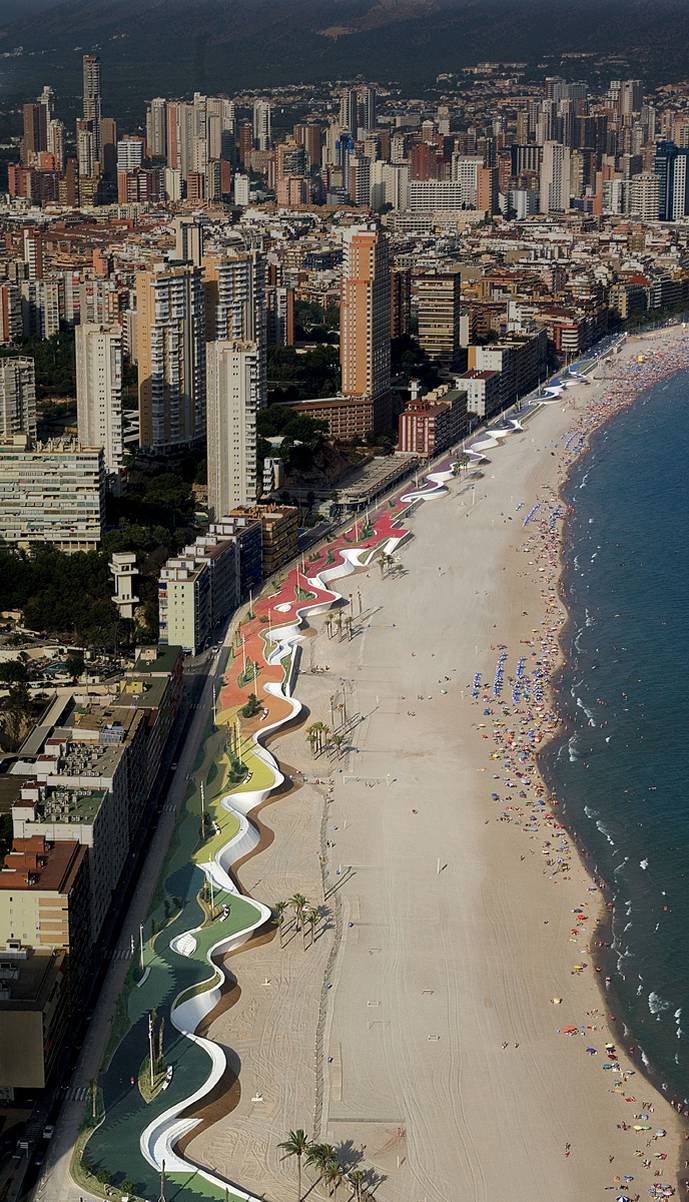 The promenade, a place with a life of its own, has organic lines, a reminder of natural wave forms that generate an ensemble of honeycombed surfaces that juggle light and shadow, a series of convexities and concavities that gradually construct a set of platforms and levels that provide areas for play, meeting, leisure or contemplation. 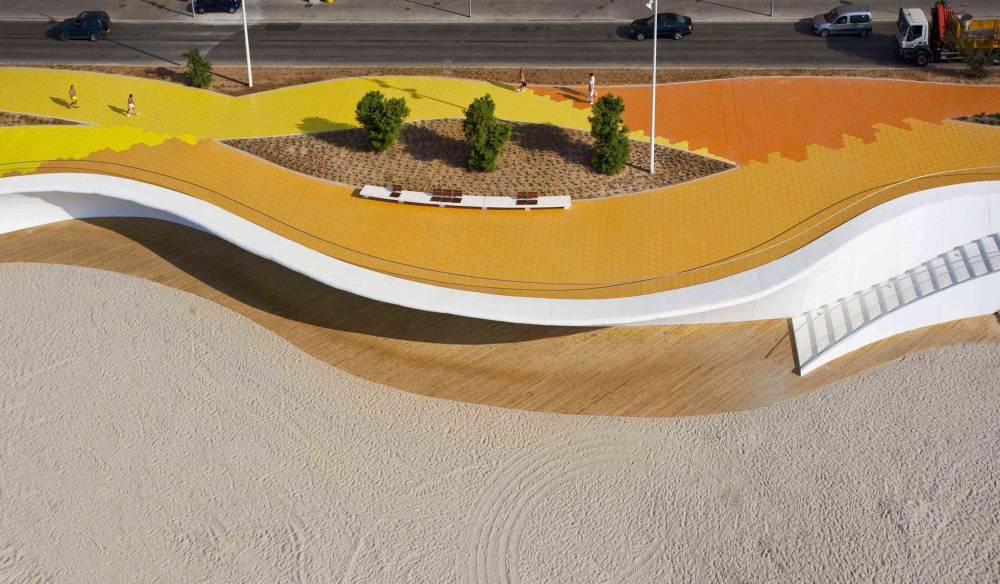 Its layout will resolve the natural runoff of rainwater, allow for the support of collectors and infrastructure networks, eliminate architectonic barriers, link the beach with the underground car parks and thus become a complex strip of transition between the town and beach. 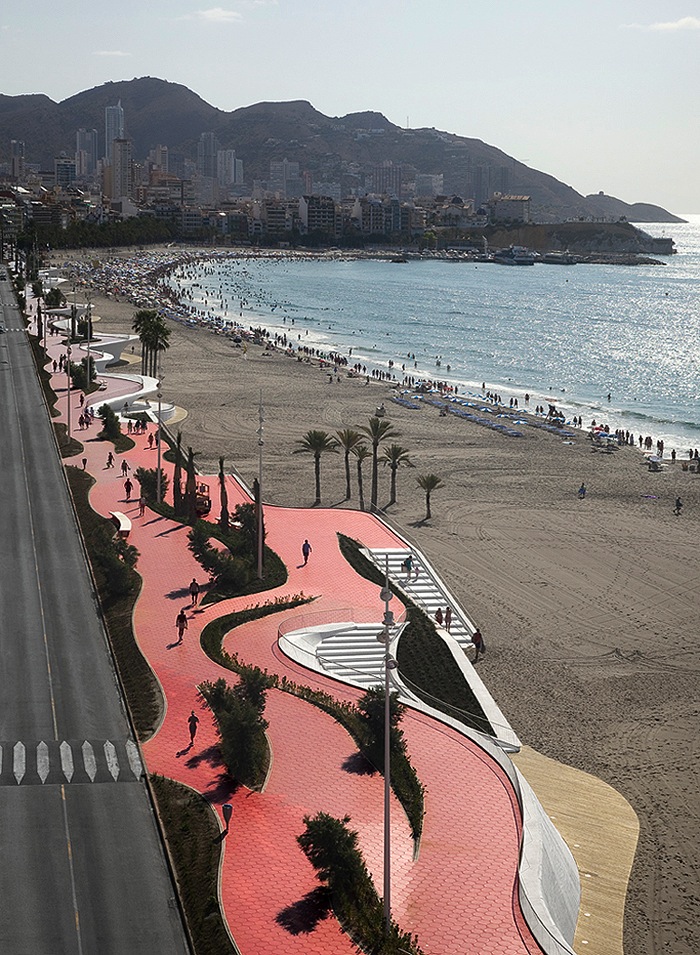 This scheme, originating in an aleatory decision to work with curvilinear braids (structured in intermediary layers and platforms), does not obey the laws of chance but establishes a number of fixed geometric laws and modulates to facilitate the logic of its construction.
Similar in origin to the strategy employed in the Barcelona Botanical Garden, the strategy here assumes a life of its own. The curved fabrics are gradually plaited woven together, obtaining forms of fusion by following a few rigorous geometric norms.
The surfaces of the promenade intersect, move off and change level, thus generating jutting platforms and concave and convex shapes without ever invading the area of sand. 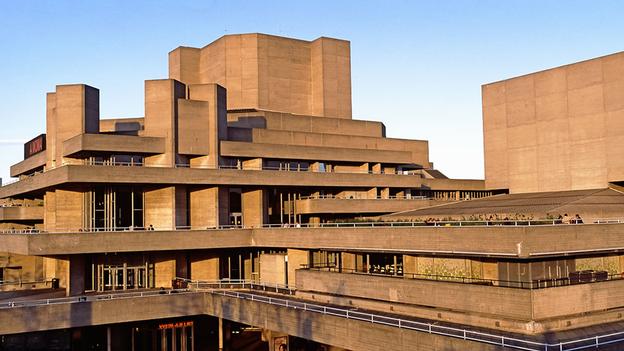 Brutalism: How unpopular buildings came back in fashion

April 20, 2016October 22, 2010
0
Post-war concrete architecture was decried by many as ugly – but now Brutalist buildings are back in fashion, writes Jonathan Glancey.