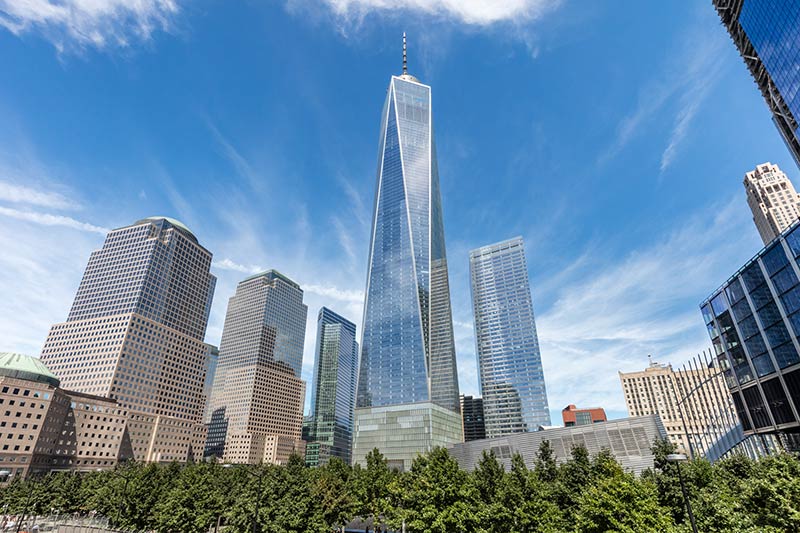 One of the most iconic modern skyscrapers in New York City hasn’t had a proper bath in a year.

A majority of the windows at One World Trade Center haven’t been washed since 2015, because the system used to suspend the washers isn’t safe, a representative for the Durst Organization TRData LogoTINY told The Real Deal. Typically, a boom at the top of the building lowers a window-washing rig that moves horizontally as the boom moves along a track on the roof. But in early 2016, Durst noticed that welding in the track — where pieces of metal are joined together — was riddled with cracks. The track, built in 2013, also has undersized bolts and suffers from other design flaws, said Jordan Barowitz, a spokesperson for Durst.

“The window washing units at One World Trade Center have failed and are being replaced,” Barowitz said in a statement. The developer is in the process of finding a company that will build a new system, which is expected to cost millions of dollars (though a total price has yet to be determined).

Typically, skyscrapers will have their windows washed once or twice a year, so skipping a year isn’t quite as dramatic as it sounds. Still, until the system is replaced, 1 WTC will have to wait to wash off the grime of 2016.

1 WTC has had issues with window washing in the past. In 2014, two window washers were stranded for over an hour on a dangling scaffold at the 68th floor. At the time, the incident was attributed to a cable malfunction, and Barowitz said the issue was unrelated to the track design issues now at hand. […]

February 16, 2017November 28, 2016
0
Centre for Urban Innovation will bring together researchers in nutrition, energy and water in an urban context