Snøhetta has won the invited design competition for a new hotel on the Hakaniemi waterfront in Helsinki, Finland. Snøhetta’s design proposal, Hilbert’s Hotel, was announced as the winning entry during a press conference in Helsinki on February 1, following a competition arranged last year by AB invest A/S, the City of Helsinki, and the Finnish Association of Architect.

Snøhetta is thrilled by the prospect of contributing to the vast architectural heritage of Helsinki. We have tried to actively celebrate the presence of visitors in the city. Simultaneously, we have tried to promote the qualities, such as the connection to the water, of this specific site as a gift to the visitors and inhabitants of Helsinki. This mutual task is at the core of architectural creations. The City of Helsinki and Arthur Buchardt are the best possible partners in the realization of a building Helsinki deserves.

Hilbert’s Hotel will be a new beacon of Helsinki, recognizable not only for the environment created for hotel guests and employees, but also for the qualities afforded the public at large. To enable this, the architectural concept is both generic and contextual at the same time, pointing to a future while simultaneously referencing a rich history and value set. The design seeks to achieve a scale that is contextual to form a harmonious relationship with the surrounding urbanity and landscape as well as with the community as a whole.

The design clearly articulated a public and private domain, where the public domain forms the foundation of the hotel. The hotel rooms are lofted above the stepped plaza landscape, revealing public functions related to the hotel and legible thoroughfares across the site. Maintaining a high degree of permeability of the plaza is an essential element for the design, ensuring access to the water and connectivity across the site and with the wider neighborhood.

The private domain of the project, the hotel rooms, are enveloped in a smooth contiguous white glass skin that is in direct contrast to the surrounding, heavily punched masonry facades. The panelization of the facades, reminiscent of broken sea ice, is expressed by small joints. This distribution of panels is in fact a modular repeatable pattern that is related to the hotel rooms. The external appearance shifts as the hotel is used throughout the day. Façade transparency becomes apparent with guest occupancy, whilst at the same time maintaining the contiguous monochromatic surface pattern. Each room has a number of windows within this pattern of which one is operable.

Inviting people into both the public spaces and the hotel, with functions such as restaurants, bars, outdoor seating, and rooftop terraces, the hotel will contribute to making the Hakaniemi waterfront a vibrant part of Helsinki. 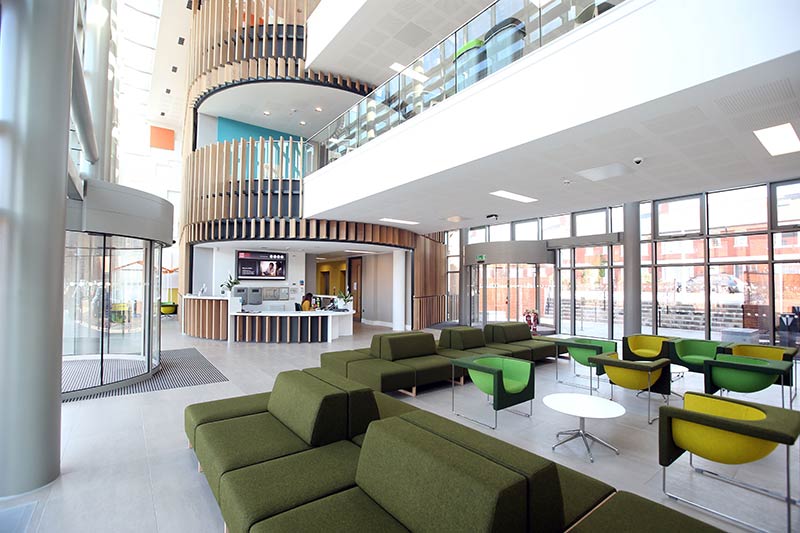