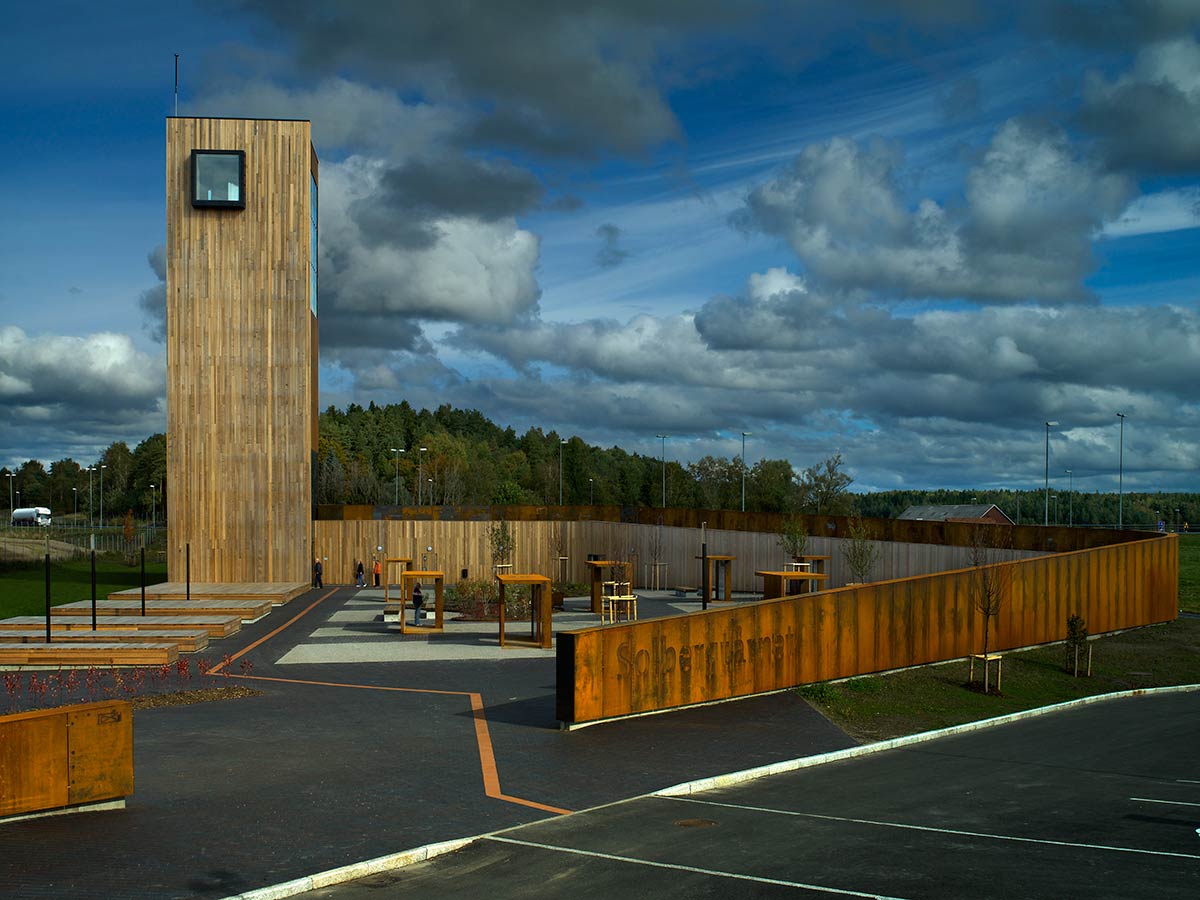 Sarpsborg is a green, flat and calm piece of South Norway and a traditional stopover for travellers on the route to and from Sweden. In 2004, the Norwegian Highway Department together with the Regional Government approached Saunders for a new project in the area; uniquely however, without having predetermined the commission’s particular needs.

Focusing on the site and aiming to identify its challenges and advantages in order to define its problems and opportunities, Saunders worked closely with the client, not only to develop the optimum design solution, but also the project’s own brief. 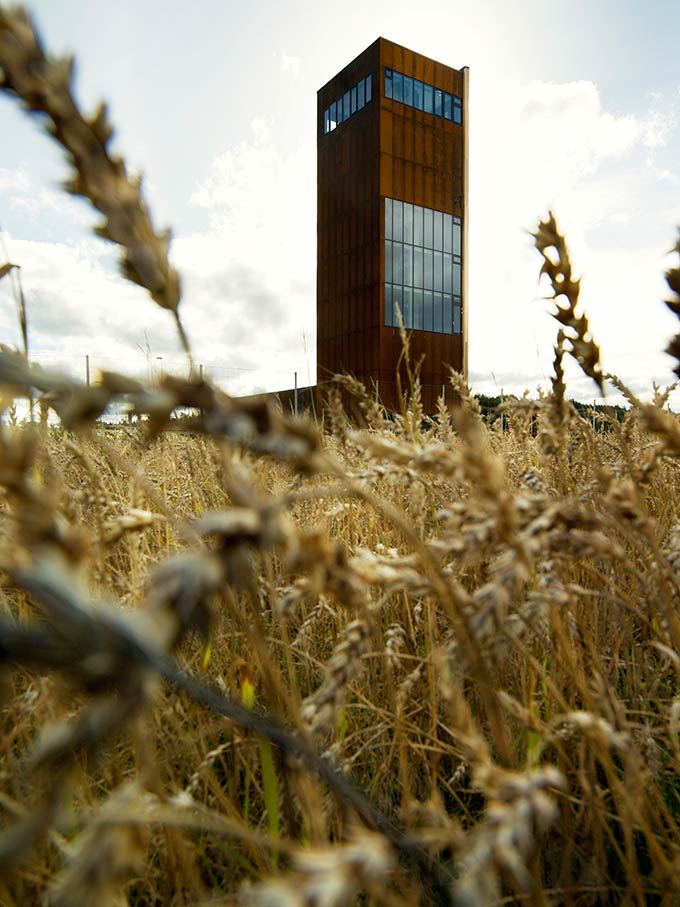 As Sarpsborg is one of the first tastes of Norway the travellers from Sweden experience, it was important for the client that they would be able to slow down and spend time discovering the surrounding nature. The local forest and coastline form a beautiful, yet largely unknown part of the country. The neighbouring highway’s speed and noise only enhance the traveller’s need for a break and re-connection with nature, so a green resting space was on the top of the list.

A low walled ramp spirals around the rest area, defining the 2000 sq m area’s limits, while spring-flowering fruit trees adorn the courtyard. Within it, Saunders designed seven small pavilions working with graphic designer Camilla Holcroft, showcasing information on the local rock carvings from the Bronze Age, an exhibition, which continues on the ramp’s walls. 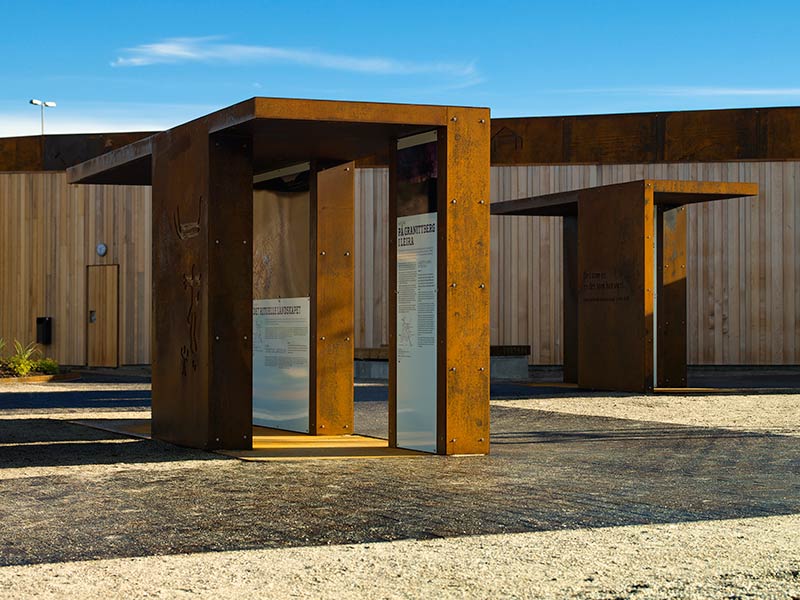 “The surrounding forest is full of rock carvings but no one knows about them because everybody just drives through trying to get to Oslo,” says Saunders. The structures also offer the option for temporary artist exhibitions.

The flatness of the landscape meant that the beauty of the surrounding nature could only be enjoyed from a certain height, so the creation of a tower quickly became a main part of the brief. The ramp’s asymmetrical walls rise from 0 – 4m, then forms a 30m simple nine–storey-tall structure on the site’s northern edge, including only a staircase and an elevator. Named Solberg (which translates into ‘sun mountain’), the tower’s aerial views towards the nearby coastline and the Oslo fjord are truly dramatic. 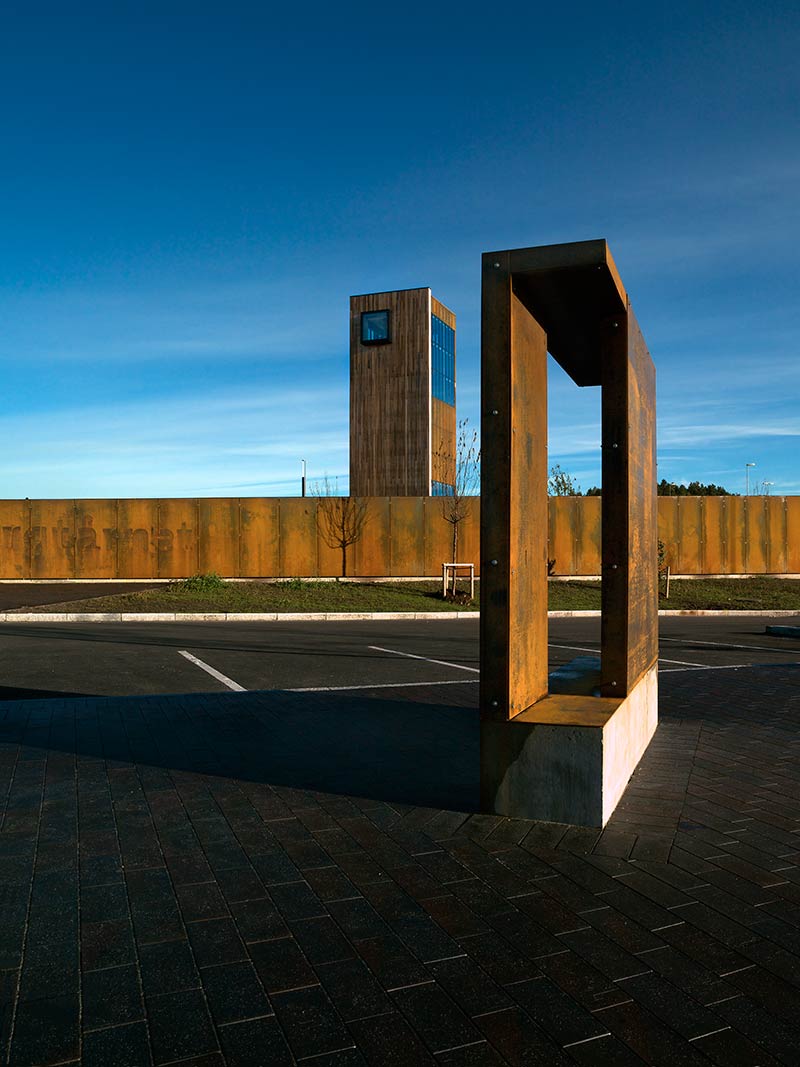 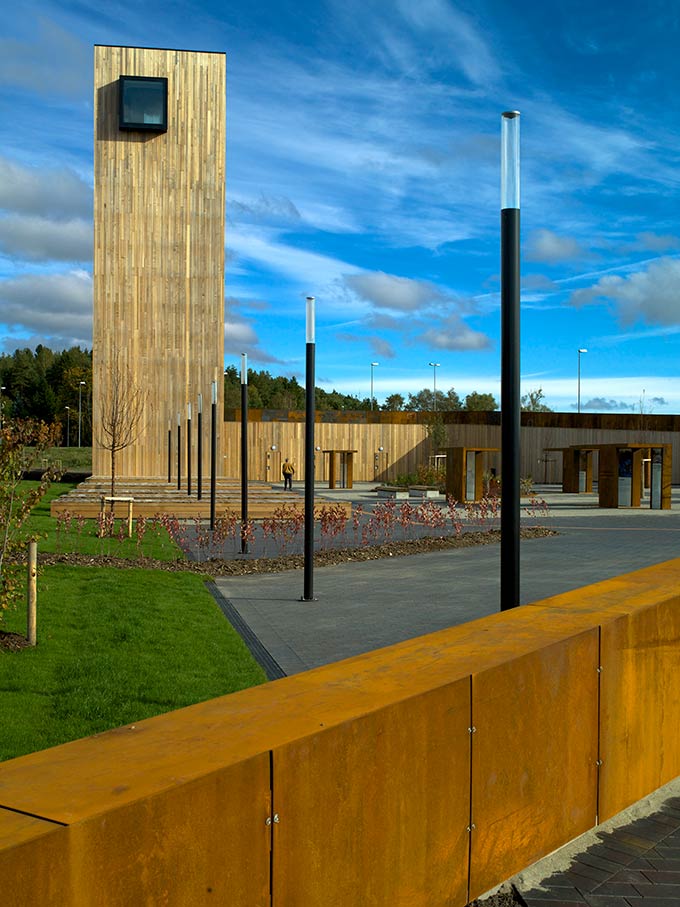 Underlining the area’s natural and historical attractions, supported by strong architectural forms, Saunders produced a complex, in direct response to both the clients’ and site’s requirements. A cooperation between several municipalities, the regional government and the national highways department, the Sarpsborg project completed summer 2010.