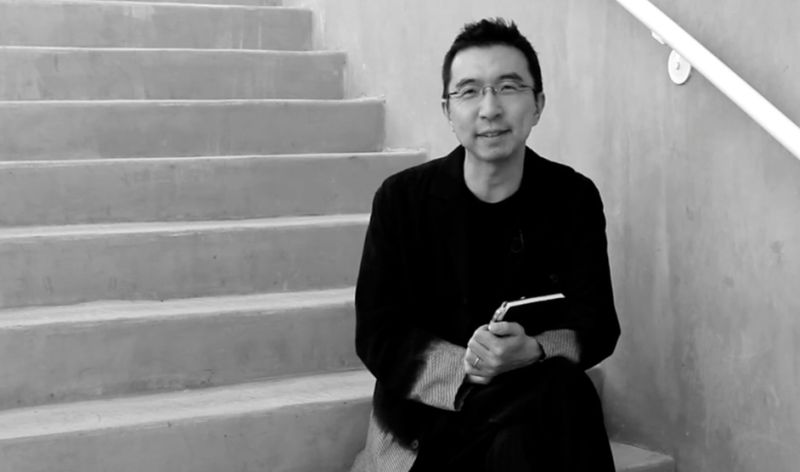 One of Japan’s young, architectural heroes, Tokyo-based Sou Fujimoto is known for his delicate designs that trade in the traditional for more tenuous compositions that are as challenging as they are captivating.

Fujimoto arguably represents the latest generation of Japanese architects to gain international acclaim, quietly but distinctly continuing in the footsteps of his slightly older contemporaries including Ando, Sejima, and Nishizawa, to name a few.

Fujimoto’s 2013 Serpentine Pavilion was an ethereal, cubist cloud made from thousands of slender, white steel beams interconnected to form a roofless enclosure. This perfectly captured the architect’s sense of playful rigor, and as seen in filmmaker Clara Cullen’s short, he says that it’s his sketchbook where ideas, fanciful and tangible alike, begin.

Currently at work on a university building in Paris and a music center in Budapest, last year Fujimoto completed the Palm Court retail complex in Miami’s Design District, an expansive, two-story building covered in blue glass fins, and one of his largest projects to date.

Furniture of the Fogo Island Inn

Updated on April 25, 2017
0
The 29-suite Fogo Island Inn is now home to a cultural movement that brings together contemporary artists, designers and architects with highly skilled rural artisans.