One morning 10 years ago, Michael McDaniel was preparing a cup of coffee when he had a creative breakthrough.

It was days after Hurricane Katrina and the resulting flooding that socked New Orleans, and McDaniel, who grew up two hours north of the city, was aghast at what he was seeing on television. More than 700,000 people were displaced by the floods, and while many made their way to hotels and the homes of family and friends, thousands were stuck in the horrifying conditions at the Superdome and, later, in FEMA trailers. “It was kind of disgusting to see the most powerful country in the world take an entire city that had been decimated and have no plans for where to house those people,” McDaniel recalls.

As McDaniel, who was at the time a graphic designer at Frog Design’s studio in Austin, reached for a paper cup, it hit him: Why not make an emergency shelter out of the very thing in his hand? Ok, not exactly the thing in his hand, but something similar.

When flipped upside down, the cup had roughly the same shape as a teepee, and the plastic lid wasn’t a lid but a stable floor. McDaniel cut a rough rectangle into the side of the cup, transforming the paper vessel into a miniature version of the Exo, the innovative emergency shelter McDaniel would spend the next decade refining. […] 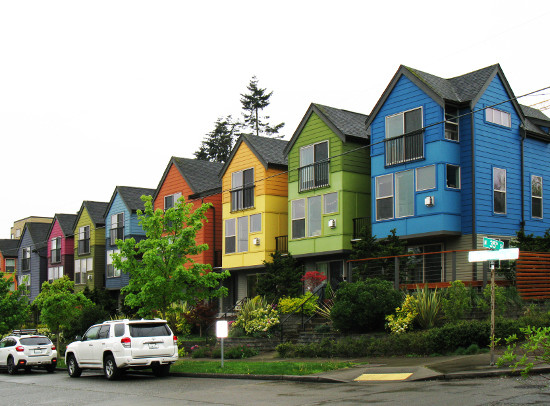 Bring back the townhouse