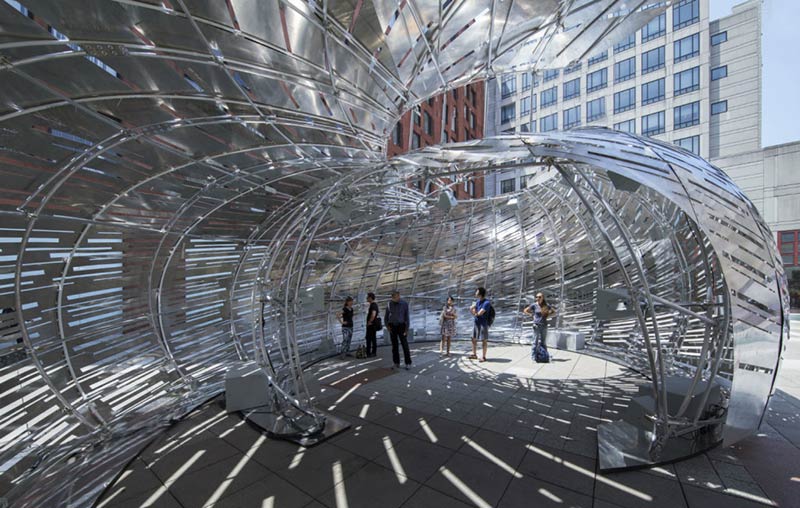 How does an organization like NASA make the invisible work of satellites visible to the average person? For years, the agency relied upon the spellbinding imagery collected by its spacecraft; but earlier this year decided to try another approach. It tapped Jason Klimoski and Lesley Chang of Brooklyn architecture studio StudioKCA to translate the paths of a handful of Earth-orbiting satellites into a more intimate physical space. “[NASA] came to us and said we want to be able to experience the data and the trajectories,” Klimoski says. “That’s a really interesting problem.”

The seashell-shaped NASA Orbit Pavilion amplifies a chorus of 20 distinct sounds that correspond to the International Space Station and a suite of 19 satellites circling the globe. Right now, the pavilion is at the Jet Propulsion Lab in Pasadena, California. This summer it moves on to the Huntington Botanical Gardens in San Marino, California. The design team worked with Shane Myrbeck of Arup, who assigned a sound to each satellite, then plotted a series of surround-sound speakers inside the pavilion so the sounds indicate the satellite’s position relative to people seated inside. […] 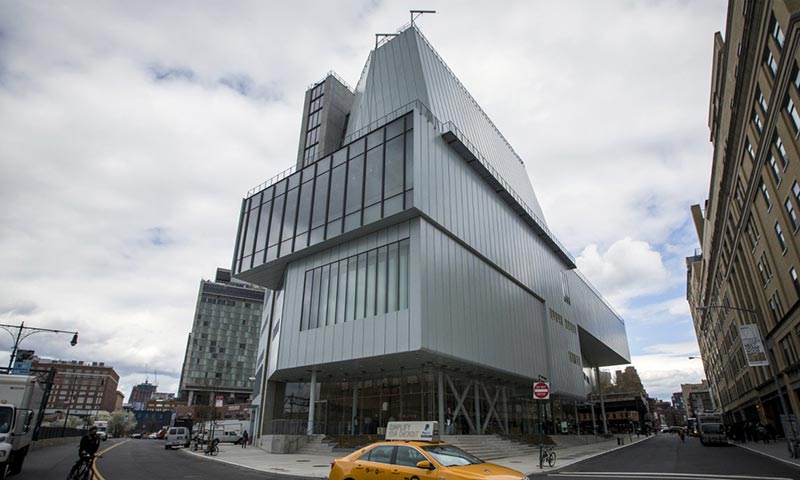 April 24, 2015January 18, 2016
0
Having outgrown New York’s Upper East Side, the Whitney Museum of American Art has gone downtown, designed by an architect proud still to be a ‘bad boy’