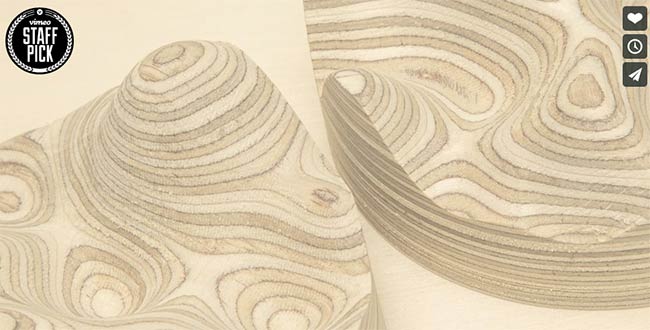 STOPCYCLE is a series of 25 small scale sculptures, which as an ensemble create a seamless 25 frame animated loop. the work explores changes of form, and sound using repetition through time. The sculptures shapes are organic and layered in form, much like topographical maps. The forms are descriptions of anatomical regions, as well as being formal experiments in geometry and motion. Their shapes are infinitely cycling, beginning anew once they end – they can be interpreted as tangible, shape shifting clocks.

The 25 frame loop is based on a procedural texture named ‘Perlin noise’. Perlin noise is a computer generated visual effect developed by Ken Perlin in the 1980’s. It is a gradient noise used by visual effects artists to increase the appearance of realism in computer graphics. It is a fractal landscape exhibiting some form of statistical self-similarity to natural phenomena.

The technique is commonly used in computer generated graphics to create the effect of randomness in textures and landscapes. STOPCYCLE employs these techniques and presents them physically utilising the mediums of sculpture and stopframe animation. 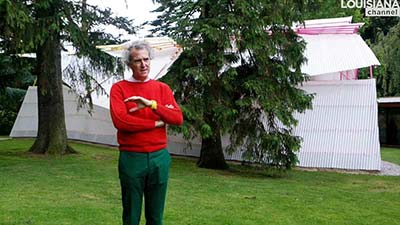 SelgasCano – The Less Architecture the Better

October 23, 2015May 23, 2014
0
Meet José Selgas – one half of the commended and innovative Spanish architecture practice SelgasCano