A cluster of white cubes perched on the sloping hills of Jerusalem’s inner city, the Israel Museum was designed by architects Al Mansfeld and Dora Gad in 1965 and inspired by the image of an Arab village sprawled across the mountainside. It is the country’s largest cultural institution and an iconic architectural landmark, a fusion of Europe’s structuralist and Brutalist schools of architecture and regional design influences.

Mansfeld’s motto of “change, growth, and uncertainty” underpins the museum’s system of cubic spaces, which allow for the addition of more galleries. Indeed more space was recently added under the leadership of director James Snyder with the Israeli firm Efrat-Kowalsky Architects and the New York-based James Carpenter Design, who stayed true to the original design.

This week, the museum inaugurated its new Architecture and Design department with the opening of a compact and exquisite exhibition, “Social Construction: Modern Architecture in British Mandate Palestine,” curated and designed by architect Oren Sagiv, a history that offers an interesting precedent to the museum’s own building design. The exhibition—which draws on the research of one of Israel’s most renowned architects, Ada Karmi-Melamede, and architect Dan Price, published in Architecture in Palestine During the British mandate, 1917-1948—traces the influence of European Modernism on architecture in Palestine in the period before the founding of Israel. “While in Europe most architects were engaged in theoretical debates for or against the Modernist doctrine, architects in Palestine were actually building it,” they write in the book. “The local version—devoid of traditional symbols—became symbolic of the birth of the nation.”

Though the book spans over three decades, the exhibition focuses only on architectural projects realized between 1930 and 1940—the years when, according to Sagiv, European Modernism was embraced with the most coherence in Palestine’s three major cities: Ancient Jerusalem and the slopes of the Judean Mountains; the port city Haifa along the rugged bay; and Tel Aviv, the country’s first Hebrew city. […] 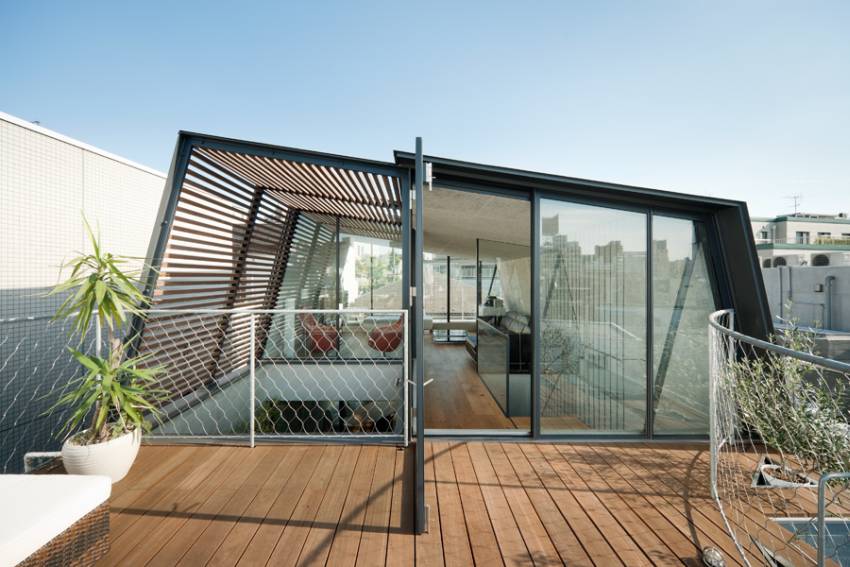 April 8, 2011
0
SKYCOURT is an ambitious renovation project that involved transforming a Japan bubble era house into a modern home connected to the city and the sunlight.