Some children wanted the cafe where their friends were murdered to be torn down. But grieving parents needed it to remain. The architects of Utøya’s memorial building in Norway explain how they told a story of loss – and survival

The first thing you notice is the row of open windows, tilting out from the walls of a black wooden cabin that stands enshrined in a temple-like pavilion on the island of Utøya. They are the windows through which teenagers jumped, fleeing the bullets of Anders Breivik, who murdered 19 students inside this small cafe building, before scouring the rest of the island to kill a further 50.

Five years after the event that shook the very foundations of Norway’s national identity, the site of the 22 July massacre – the deadliest ever shooting by a single gunman in history (who also killed eight more people in Oslo with a car bomb earlier that day) – has been transformed into a place that tells the story with stark, stirring power.

The cafe building now stands like a piece of forensic evidence in this woodland vitrine, chopped and sliced in a process of architectural editing, so that only the rooms relevant to the events of that day are left standing. You climb the crumbling concrete steps, where dried weeds still poke through the cracks, to enter a small room with a lino floor and low suspended ceiling. A piano stands in the corner – some of the victims tried in vain to hide behind it.

A few tiny bulletholes mark the flimsy fibreboard walls; dried flowers lie strewn across the floor; a door leads to a row of toilet cubicles, where a number of survivors huddled together in safety. It’s a prosaic and familiar set of rooms, still furnished with the classroom ephemera – an overhead projector, a pot plant, some wall hangings – that only serve to emphasise the extraordinary and inexplicable nature of what happened here. […] 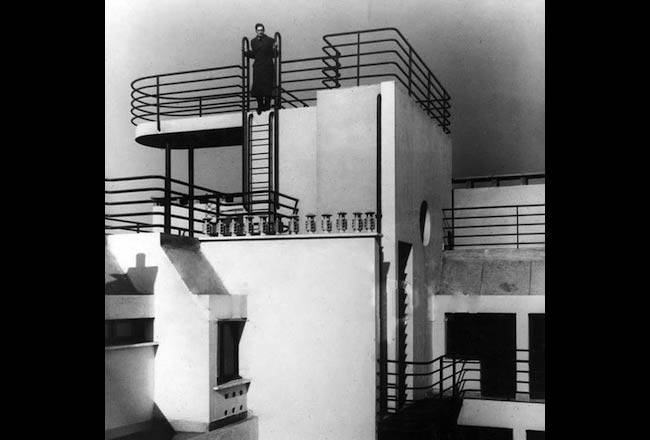 January 26, 2014
0
Today, in many places, houses look as if they were ready to travel. Although they are unadorned, or precisely because of that, they express their farewell.