Home Architecture The temple that welcomes all religions, or none at all

Bahá’í Temple in Chile is a space open to all, regardless of creed. Inspiration for the Temple was taken from taken from organic forms like cheekbones

“That dimple you see over there,” said Siamak Hariri, pointing to the surface of his award-winning structure nestled in the Andean landscape on the outskirts of Santiago, “that little subtle inflection, the way the line goes round is very deliberate — do you find that satisfying?”

I nodded.
“And you’re not Chilean” he responded, alluding to an aspiration of his firm, Hariri Pontarini Architects, for the Bahá’í Temple in Chile: they wanted to create a universally attractive form.

Previously a barren golf course owned by the elite Grange School in Santiago, the 10-hectare site — which took nine years to find – has been transformed into a space envisioned to be open to all, regardless of background, religion, gender, or social standing.

“This is a place that is welcoming all the religions, or if you have no religion,” said Hariri, who is a Bahá’í himself, during the opening of the Temple in October 2016.

“It’s an architectural challenge. How do you give something a form that means this?”
In spirit and in structure, the building was to embody the unity of mankind, which is a central belief of the Bahá’í Faith, an independent religion founded in 19th century Iran.

The Chile Temple is the final Bahá’í continental temple to be built, joining eight others, including the Temple for North America in Wilmette, Illinois, and the Lotus Temple in New Delhi, India. […] 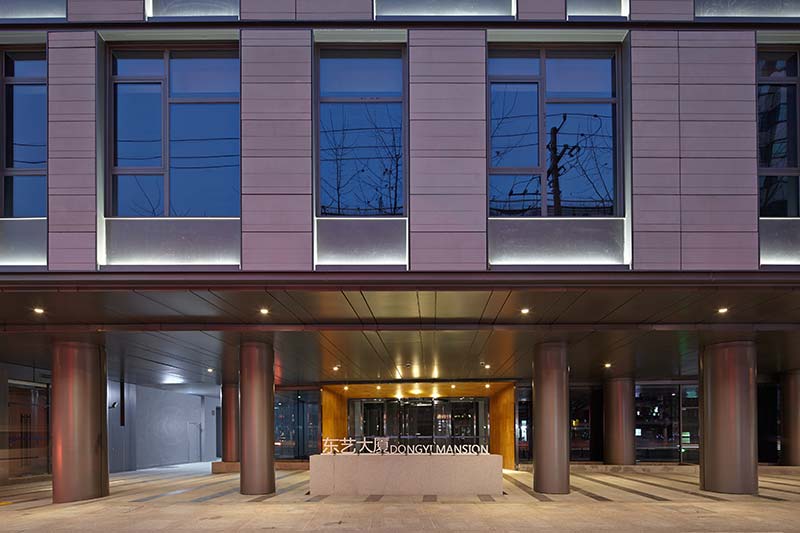 December 11, 2015October 31, 2016
0
Kokaistudios has recently completed the architectural and interior design of Dongyi Mansion for BM Holdings, one of Shanghai’s largest developers.