The Aquarium of San Sebastian / HFA 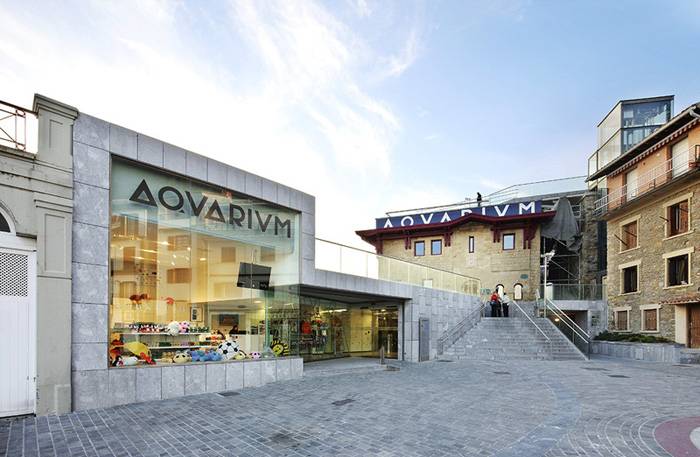 The Aquarium of San Sebastian has been lodged for more than 100 years in a building on Mount Urgull’s feet, in one of the most visible zones of La Concha Bay. It is an institution for which its own building, while being at the same time its identity seal, had become an obstacle for its progress. Divided in two parts, the built-in facilities in the last years were developed in contiguous spaces to the mount, whereas the exhibition area was located at a building in intense contact with the sea. 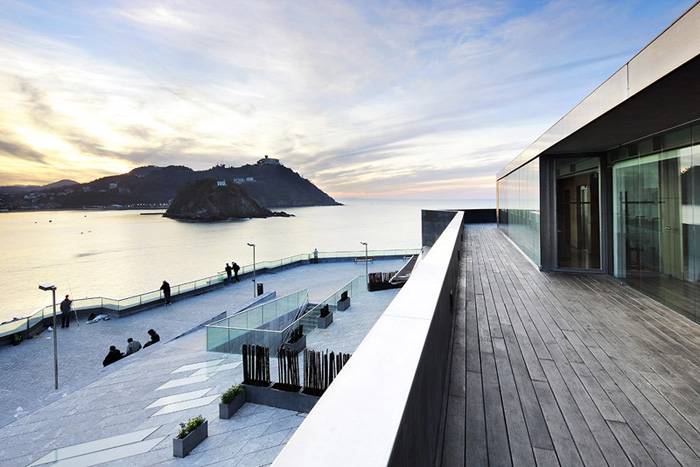 Despite their inner connection, they were divided by the stairs which connect the two levels of one of the most important strolls of the city, the ‘Paseo Nuevo’, that lost integrity when arriving to the surrounding area of the Aquarium, turning into just simple stairs that connected with the port. 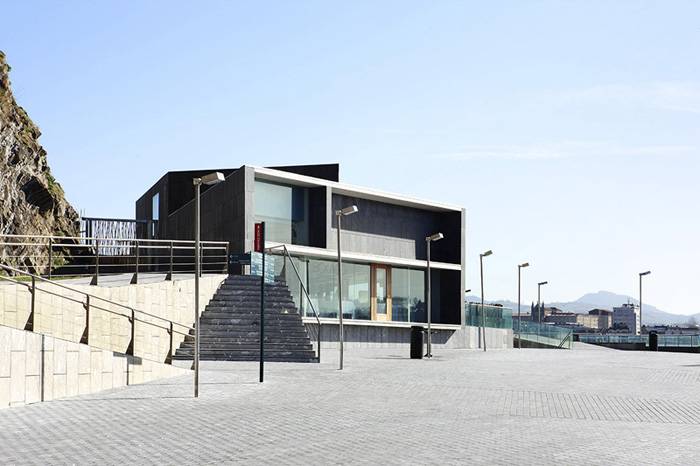 The facilities acquired in the last years would have to be redefined, the building that shelters the exhibition completely renewed, a public elevator should connect the two levels of the new stroll and a new restaurant would have to be constructed in the present building’s cover. 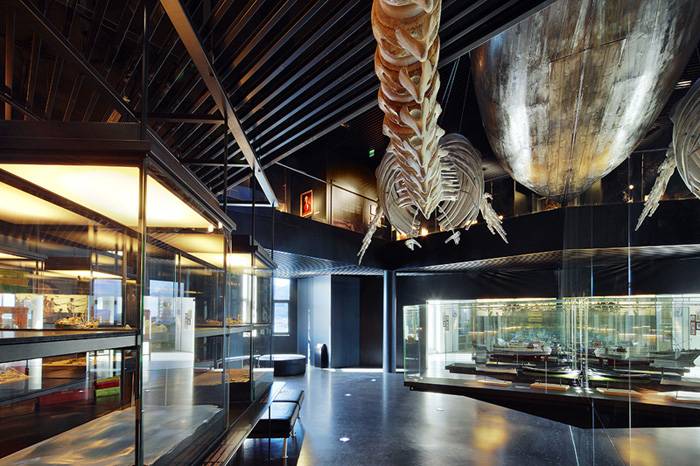 The applied strategy uses the program’s peripheral components to optimize the internal functioning of the museistical institution. The restaurant constructed in the present building’s cover, guarantees the operativity of the Aquarium during the construction, and at the same time defines a square where the new stroll acts as a viewing-point on La Concha Bay. The public elevator will be part of the colonization of the lower parts that surround the Aquarium as spaces of transit management, which makes possible a total reframing of the internal circulations of the building, and thus, of the museistical experience.