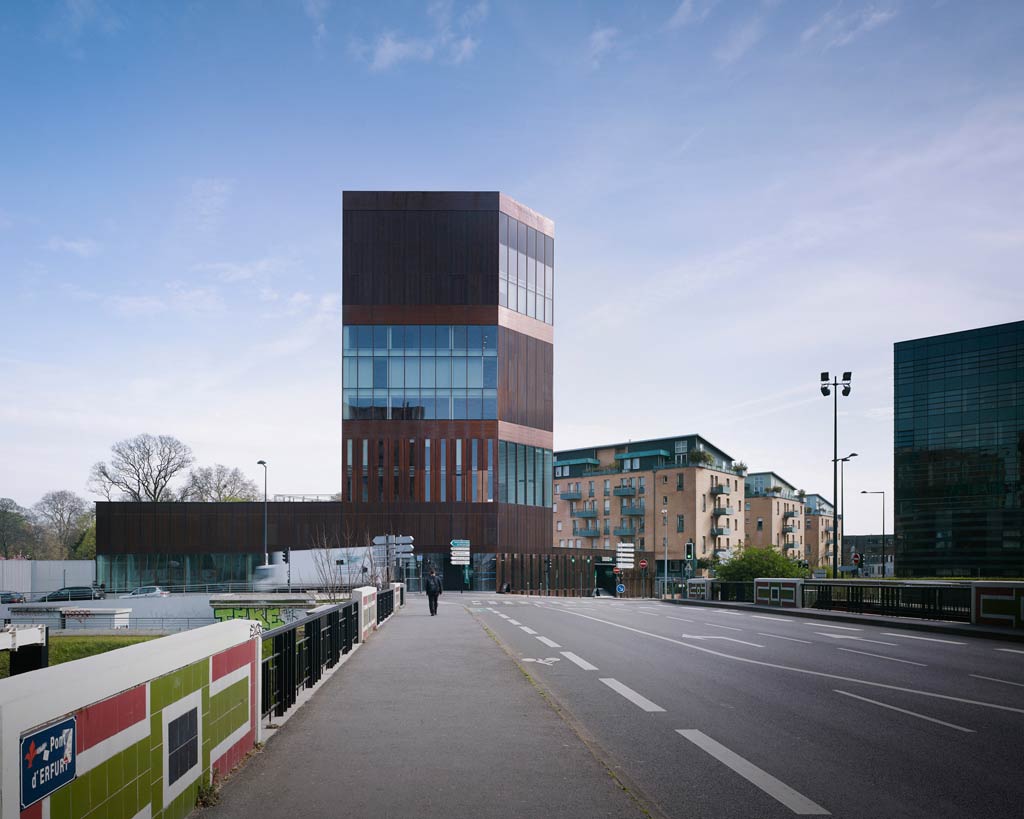 The Euravenir Tower project occupies the last free parcel of Phase One of the Euralille Area, which began in 1998 with OMA’s project built in association with François Delhays.

In 1990, in his preface titled “Quantum Leap” for the work presenting the Euralille project, Rem Koolhaas wrote: “In our contemporary world, programs become abstract in the sense that they are no longer tied to a specific place or city. They float and gravitate opportunistically around those places that provides them with the most connections.” And then, “All these facts describe a new condition that is at once local and global, as important for the “Japanese” as it is for the “Lillois.” 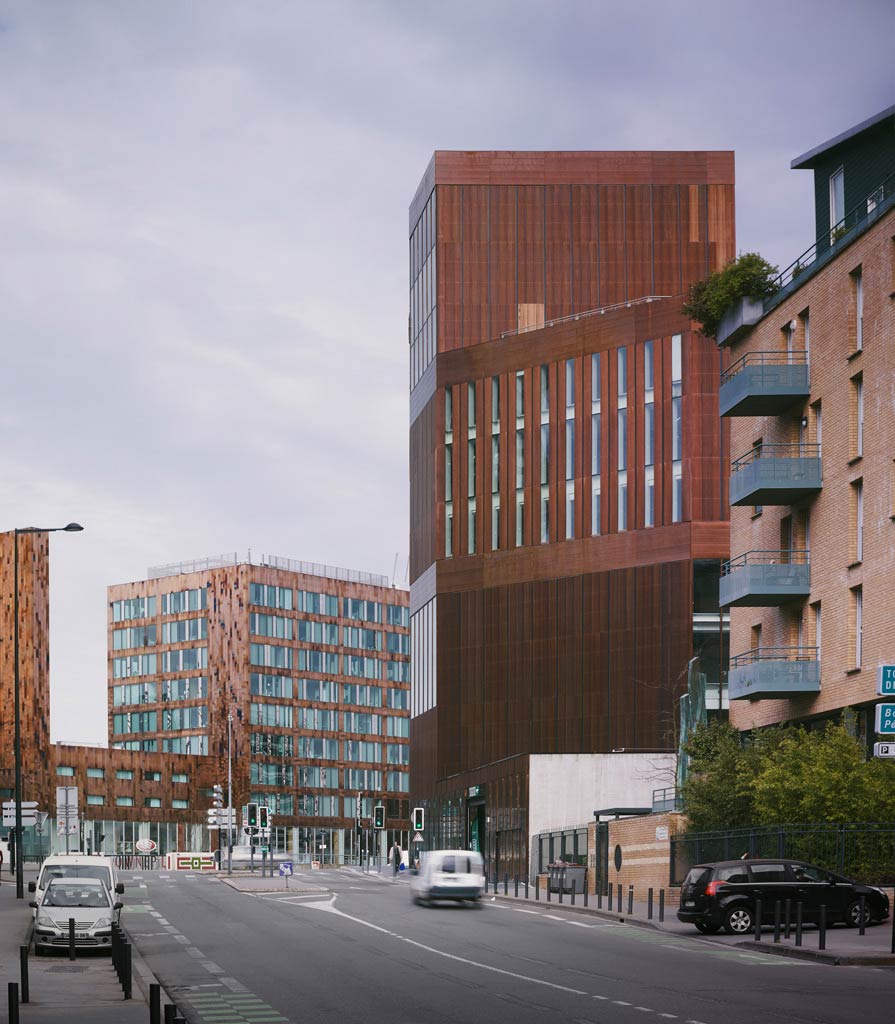 In explaining the Lille-Europe Project, this text allows us to understand that the intervention was tied at once to the construction of Europe but also, more importantly, to the idea of inserting these places into a network of connected hyper-territories. OMA had fully integrated the idea that the scale of a neighborhood built around a train station could be increased and amplified to the point of totally loosening its formal connection to the old city. 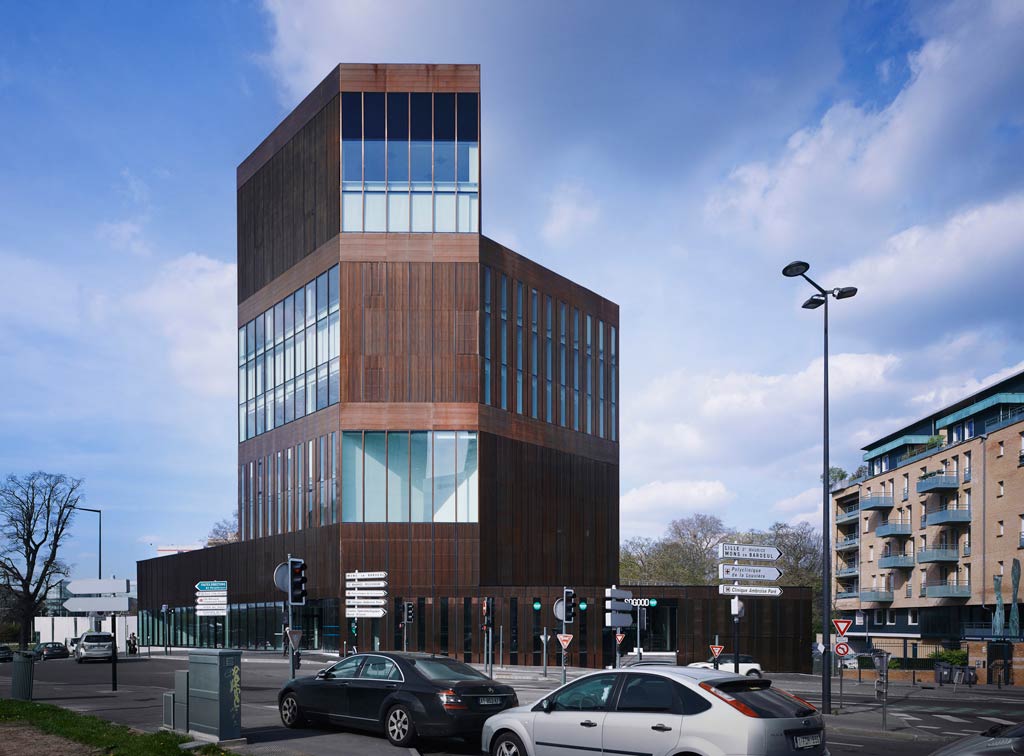 Twenty-six years on, this urban planning project has totally changed the face of Lille.

Is it possible to reassert a city through an architectural project?

This bold question was the starting point for the project’s layout. The parcel’s strategic position, located at the intersection of different axes, pushed our research towards a sophisticated solution that acts as a hub, as a stitch that brings together the elements gravitating around it. We strove for a “multiform” architecture whose geometry could provide a specific response to the various challenges tied to the project’s scale, geography, and program. 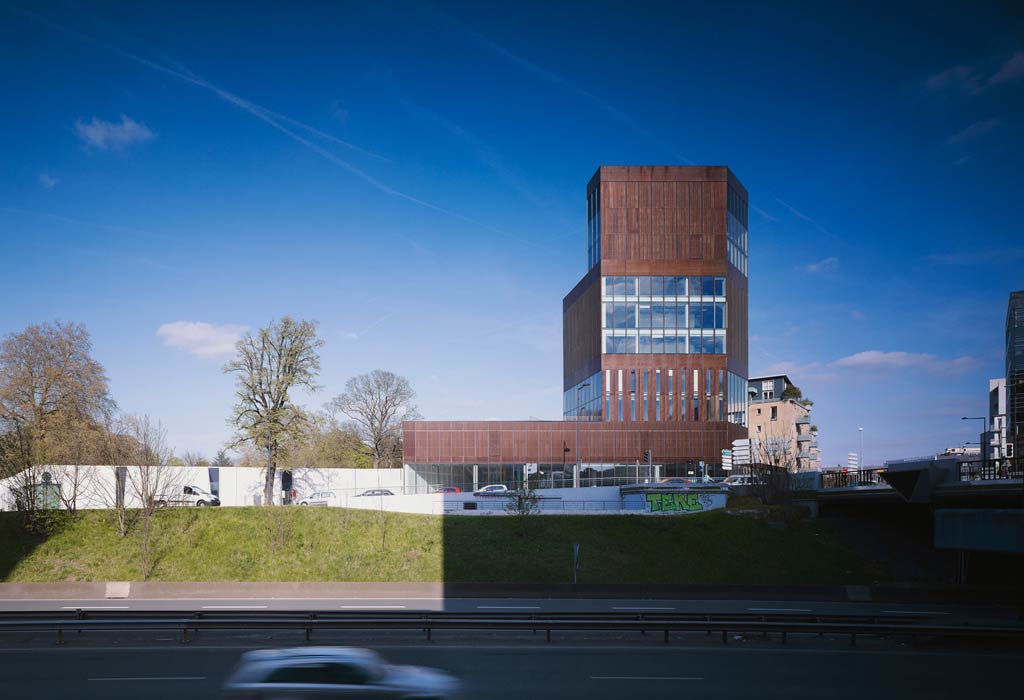 By extending and crossing the axes within the parcel, the initial extrusion was carved to obtain a kind of small tower. By completing the Avenue Le Corbusier, this vertical element is also a corner building on the Place Valladolid and it signals the city to drivers coming up from the beltway below.

This architecture has created a new urban space that combines private and public, vertical and horizontal. The base of the project provides inhabitants and office workers a public space that fosters social interaction; it functions on a human scale. Due to the prohibition from building out to the edge of the parcel, a kind of portico provides a sense of porosity as well as protection from inclement weather. It is a lively outdoor space where people who live and work in the building can mingle with passers-by and shop customers. 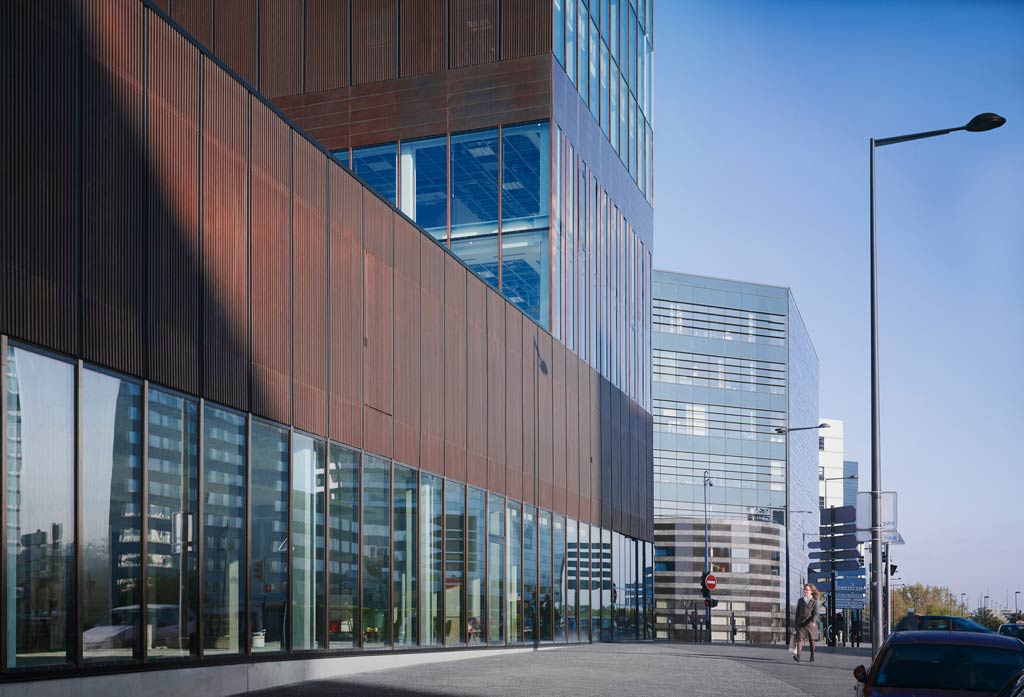 This office project has a very flexible program; form dictates use, and not vice-versa. Each level is organized around a central core that holds all the servant spaces and vertical circulations. The office floor areas were conceived to allow for a flexible, rational layout and to encourage the division of the floor spaces into two equivalent surfaces.

Moreover, the tower’s geometric faceting at once frees up the views and opens up the entire intersection to the wooded background of the cemetery to the north.
In order to complete this process of interrelation, the facades were designed to become a series of windows that provide a 360-degree panorama of the city, framing views of the city’s newer parts, its green spaces, and the downtown. 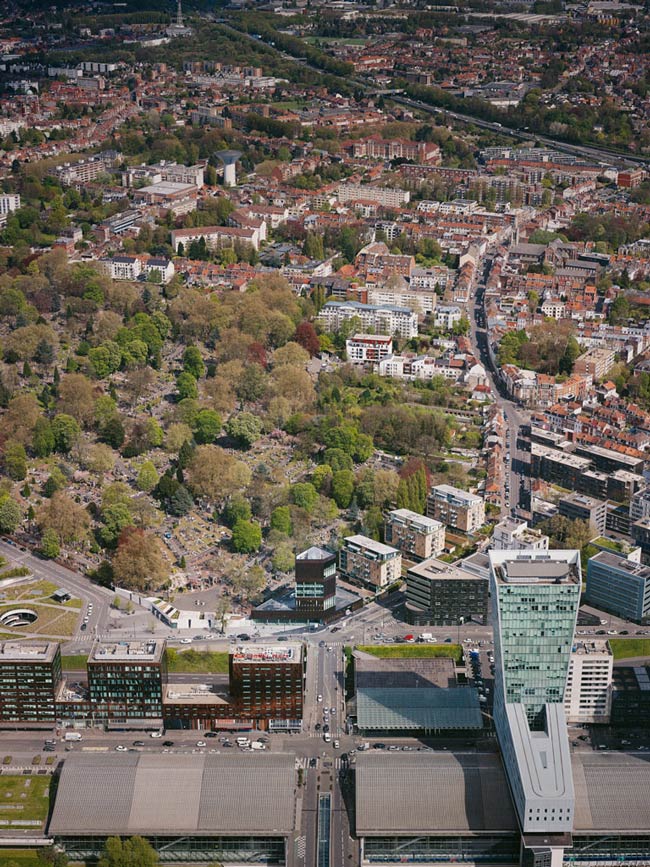 The materiality of the facades: lattices and copper
The building’s envelope was designed as a way to visually reinvent the city. The facades are characterized by different designs in response to their orientation, their usage, and their thermal requirements. In this way, areas that are predominantly glass, some parts of which have a double skin, are juxtaposed with different forms of copper cladding that are more or less porous.

The design of the facades and the building spaces is governed by the principal lattice pattern, 1.35 meters in height, which runs around the entire top of the building. It is marked by a U-shaped metal component to which the various elements that make up the envelope are attached. 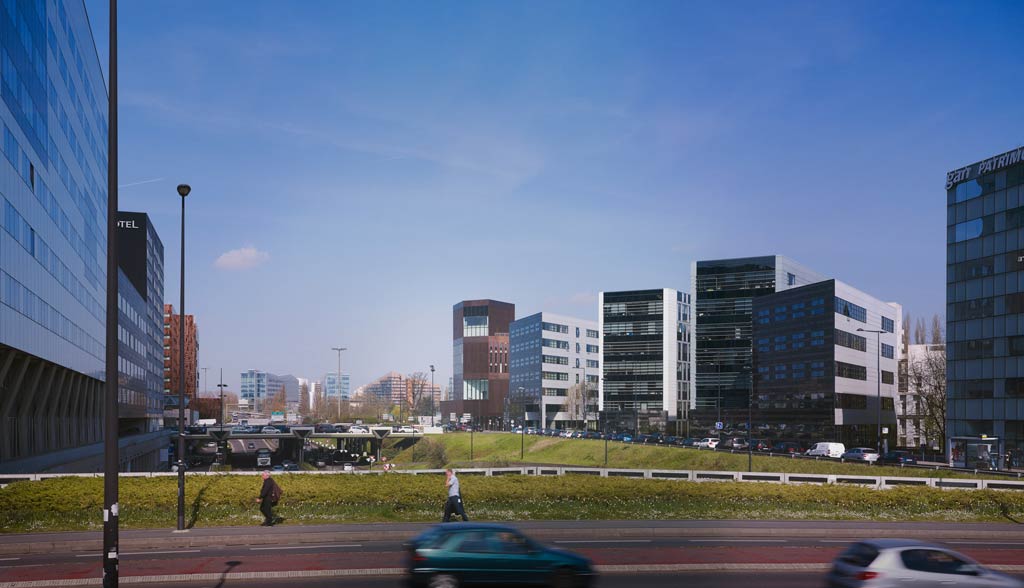 This vertical motif is interrupted by three different bands that emphasize the building’s horizontal composition and form a sort of crown at the level of the acroterium. A secondary motif formed by the bands and the trumeaus cuts out the facades.

The copper is used as a kind of fixed siding along the opaque or semi-glassed stretches of the façade. It is also present in the form of perforated panels that helps precisely regulate the amount of light penetrating the building, depending on the orientation.