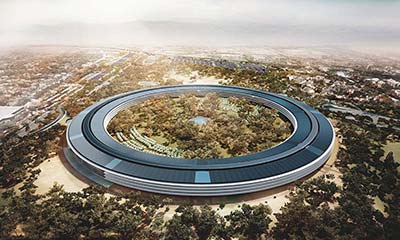 From GCHQ to the Apple campus, huge disc-like buildings are popping up around the world. As artist Simon Denny warns, they betray a world with no corners in which to hide

Whenever I draw a circle, I immediately want to step out of it,” Buckminster Fuller once said. Unfortunately, the public thought the same when the architect tried to flog them his circular houses. But if we’re not living in circles in the 21st-century, we’re increasingly finding ourselves working in them. The circle is emerging as a key modern form for office buildings and a way of organising people. Stepping out of them may no longer even be an option.

Three sculptures in a new show at the Serpentine Gallery bring this looping train of thought to mind. They’re not really sculptures, more architectural models of the headquarters of three institutions: the Government Communications Headquarters (GCHQ) in Cheltenham, funky online retailer Zappos in Las Vegas, and Apple’s new campus, currently under construction in California. Each model has been tipped on its side, to accentuate the fact they are all circular.

This is more than just a coincidence. The models are by Simon Denny, a New Zealand artist who tackles the culture, impact and jargon of new technology. Previously, he’s made works that honour the tech maverick Kim Dotcom and mock the garish graphics of the National Security Agency’s (NSA) internal communications, as revealed by the Snowden leaks.

Now, Denny is scrutinising how similar hacking culture is to “contemporary radical management practices”. Chief among them is “holacracy”, or rather, Holacracy® – a public idea that’s also a privately owned concept, which is about right for this strange new world. […] 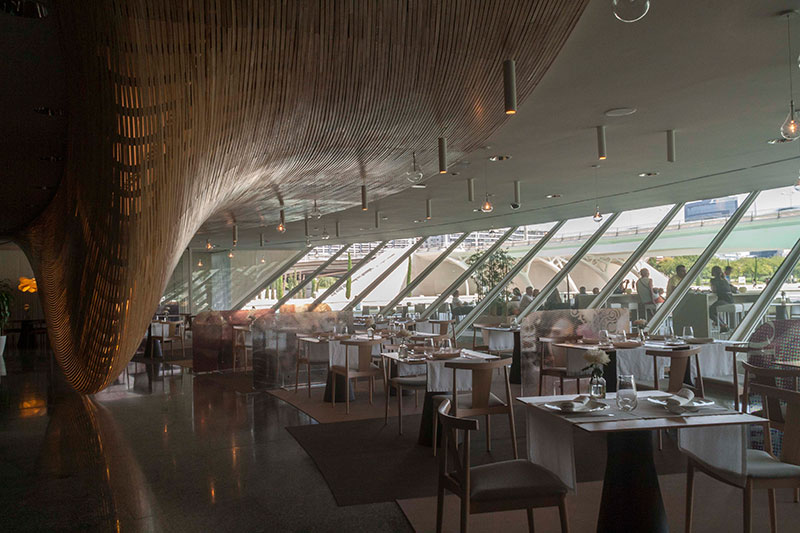 Updated on December 20, 2015
0
Contrapunto Restaurant is located in the Salón del Túria room, in the ground floor of the Palau de Les Arts in valencia.