Home News This is the Culver City home that a family built — with... 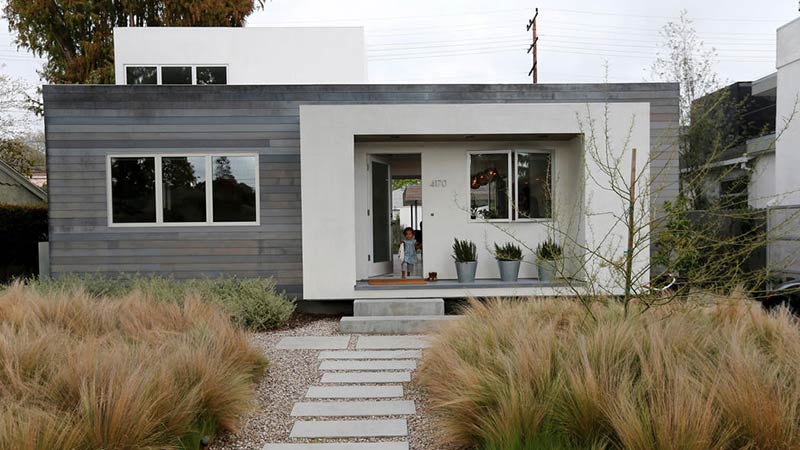 The most influential moments in life are often the most unremarkable — bumping into your future spouse on the dance floor, for example, or in the case of architect Noah Riley, being handed a hammer and nails by his father.

“My family grew up in a house that my dad and mom built,” he says. “When they added on to it when I was about 10 or 12, the kids helped out. A hammer and nails was like a babysitter for me.”

With a family background deeply rooted in design and building — his father Jefferson Riley is also an architect — it’s not surprising that the New York-based architect would end up living on a sailboat in Marina del Rey while he designed and built a home for his sister Gerun Riley and her husband, Jason Wilborn.

The couple bought the two-bedroom, one-bath Culver City bungalow in 2009 with the hope of expanding the property.

But when the rehab turned in to a much more substantial project – and costs steadily increased – the couple realized they could not afford their dream house. […]

March 19, 2015June 5, 2016
0
The New South Wales Premier Mike Baird has unveiled plans for a two-hundred-hectare recreational park in the heart of Western Sydney. The Bungarribee Super...