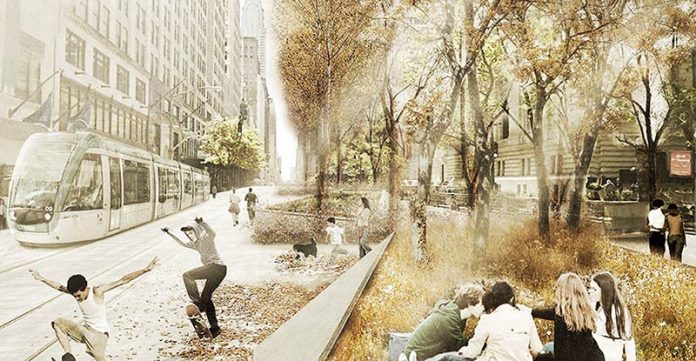 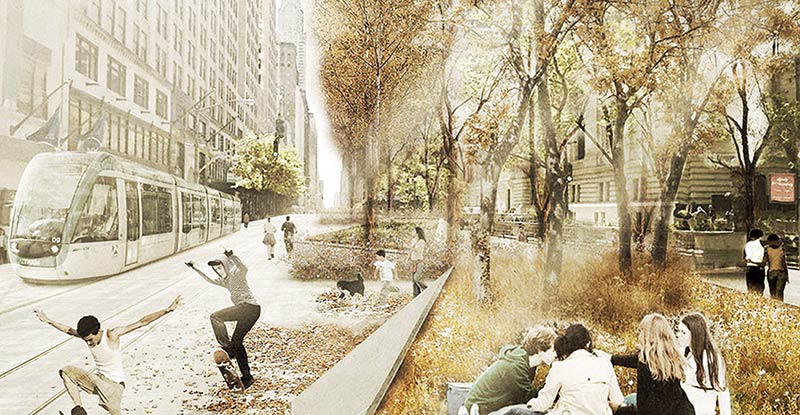 New York has fantastic public transit. It’s by far the best in the country. Sorry not sorry. But there is one way in which it falls short: There are meagre ways to get across town, especially at critical points like 42nd street, where you must either choose NYC‘s shortest and nastiest subway line or the snarling mess of street traffic.

Of course, the MTA is working on it. There are multiple massive infrastructure projects at play deep below Manhattan right now, and within the next few decades, they’ll transform the system. But there are divergent opinions about whether the city should be pouring all its capital into the underground system. For for the last 16 years, a nonprofit called Vision42 has worked to study and garner support for a light rail that would run the length of 42nd Street. It’s a plan that, they say, would be cheaper, less disruptive, and far faster to build.

Except, of course, for the fact that it would completely get rid of car traffic for good, pissing off many, many people.

What’s more, they argue that a light rail would bring huge benefits to the city—by turning one of the most car-clogged arteries into a light rail corridor lined with pedestrian and green space. “Very little has been done over the past half century to improve our city’s environment for either walking or surface transit,” the group explains. The light rail would cut down river-to-river travel from a 43 minute bus ride to 21 minutes, and the project would only take four years to install. ….

The architects that could change India’s skylines forever

April 17, 2017
0
Studio Symbiosis is a young architecture firm that is shaping the future of Indian design. The firm has signed 38 projects in India