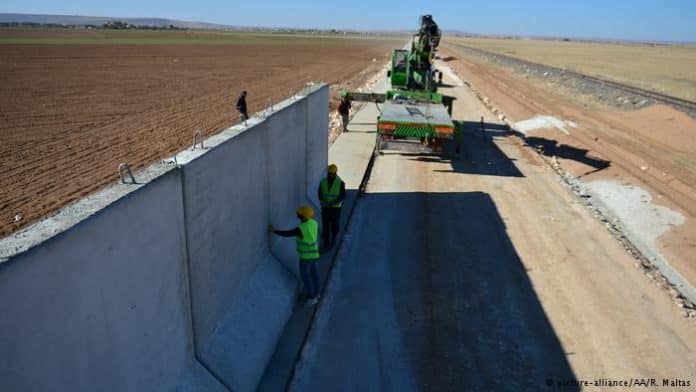 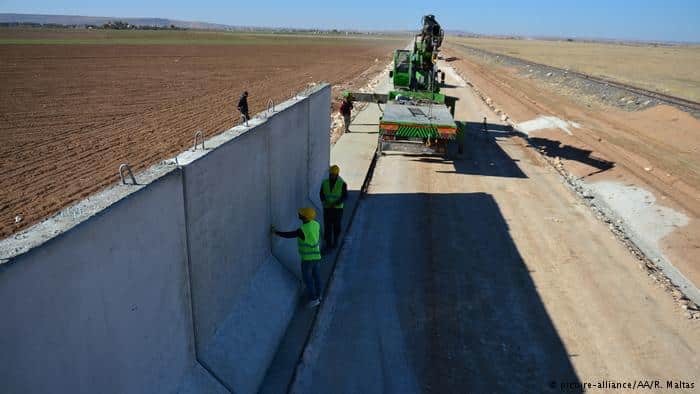 Turkey’s government says it will improve security, but rights groups warn refugees fleeing war will be stuck on the Syrian side.

Turkey has erected 290 kilometers (180 miles) of a planned 511-kilometer (317 miles) “security wall” along its border with war-torn Syria, local media reported on Sunday, quoting the head of the body building the structure.

The wall is made from portable concrete blocks each weighing seven tons. The blocks are 2-meters thick (6.5-foot) at the base and 3-meters (10-foot) high, topped by a meter of razor wire. Along the entire wall roads are being built for military patrols and watch towers are being erected.

Ergun Turan, the head of the massive state housing developer TOKI that is tasked with building the wall in coordination with the defense and finance ministries, said the wall stretches along border sections in Hatay, Kilis, Sanliurfa, Mardin, Sirnak and Gaziantep provinces.

He said the portable nature of the blocks would allow Turkey to move them in the future when the security situation improves.

Turkey shares a 911-kilometer (566 miles) border with Syria. Ankara is concerned about the Syrian Kurdish YPG militia and has been under pressure from the United States and Europe to seal its porous southern border, which has been used by the so-called “Islamic State” (IS) and other rebel groups for smuggling weapons, supplies and fighters. After a military intervention into northern Syria in August, the Turkish military and allied rebel groups cleared IS from a section of the border. […] 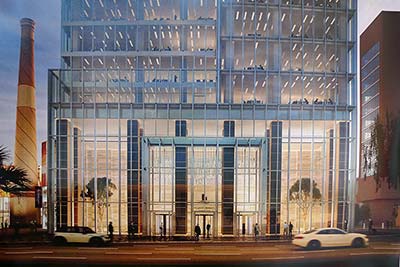 Historic chimney in Baku will be at the heart of a...

November 20, 2015February 28, 2017
0
Cintec International is ensuring that a historic industrial chimney will be at the heart of The Twin Towers Port of Baku scheme.