Why the Poor Die Earlier and How to Challenge Inequity

Washington, DC (April 18, 2022)— In Twenty Years of Life, award-winning health journalist Suzanne Bohan exposes the disturbing flip side of the American dream: your health is largely determined by your zip code.

The strain of living in a poor neighborhood, with sub-par schools, lack of parks, fear of violence, few to no healthy food options, and the stress of unpaid bills is literally taking years off people’s lives. Residents living in distressed communities die upwards of 20 years earlier than those living in wealthier neighborhoods often just miles away.

But there is another way.

In Twenty Years of Life (Publication Date: April 19, 2022), Bohan tells a success story that has resulted in the passage of more than 500 new policies and laws that are improving millions of resident’s lives.

In this pioneering book, Bohan shows that it’s not a lack of medical care or poor lifestyle choices behind much of the ill health and shortened lives in impoverished communities, but a dearth of political power. She illustrates why the most effective solution for improving health actually hinges on preventing disease in the first place. To help create equitable places that support longer lives, poor communities can get politically organized to demand the same health-supporting resources and policies that wealthier areas take for granted, including well-maintained parks, safe streets, quality schools, and grocery stores. 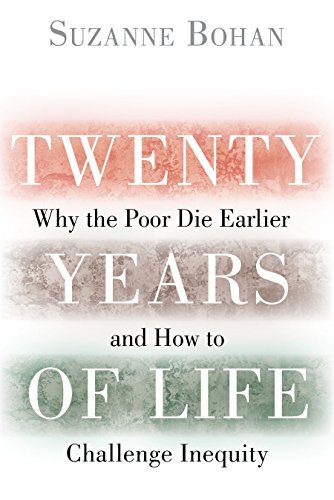 Twenty Years of Life: Why the Poor Die Earlier and How to Challenge...
Check Latest Price

Drawing from years of on-the-ground reporting, Bohan brings the impact of this new activism to life. With dozens of profiles of courageous and determined community residents and leaders tackling a wide array of topics, she details success stories with lessons for communities across the nation. Stories range from reducing gun violence by more than 70% over a decade by reaching out to the community’s most notorious shooters; a historic quest by activists and youth that resulted in 11 new state laws in California curbing school disciplines which were linked to a nearly 50% reduction in suspensions in the subsequent years in addition to a campaign to reclaim a dangerous park overtaken by drug dealers and a fellowship program that gives violent gun offenders the tools to become community leaders and create safer neighborhoods. Bohan also describes the burgeoning body of research backing this emerging strategy for improving health. 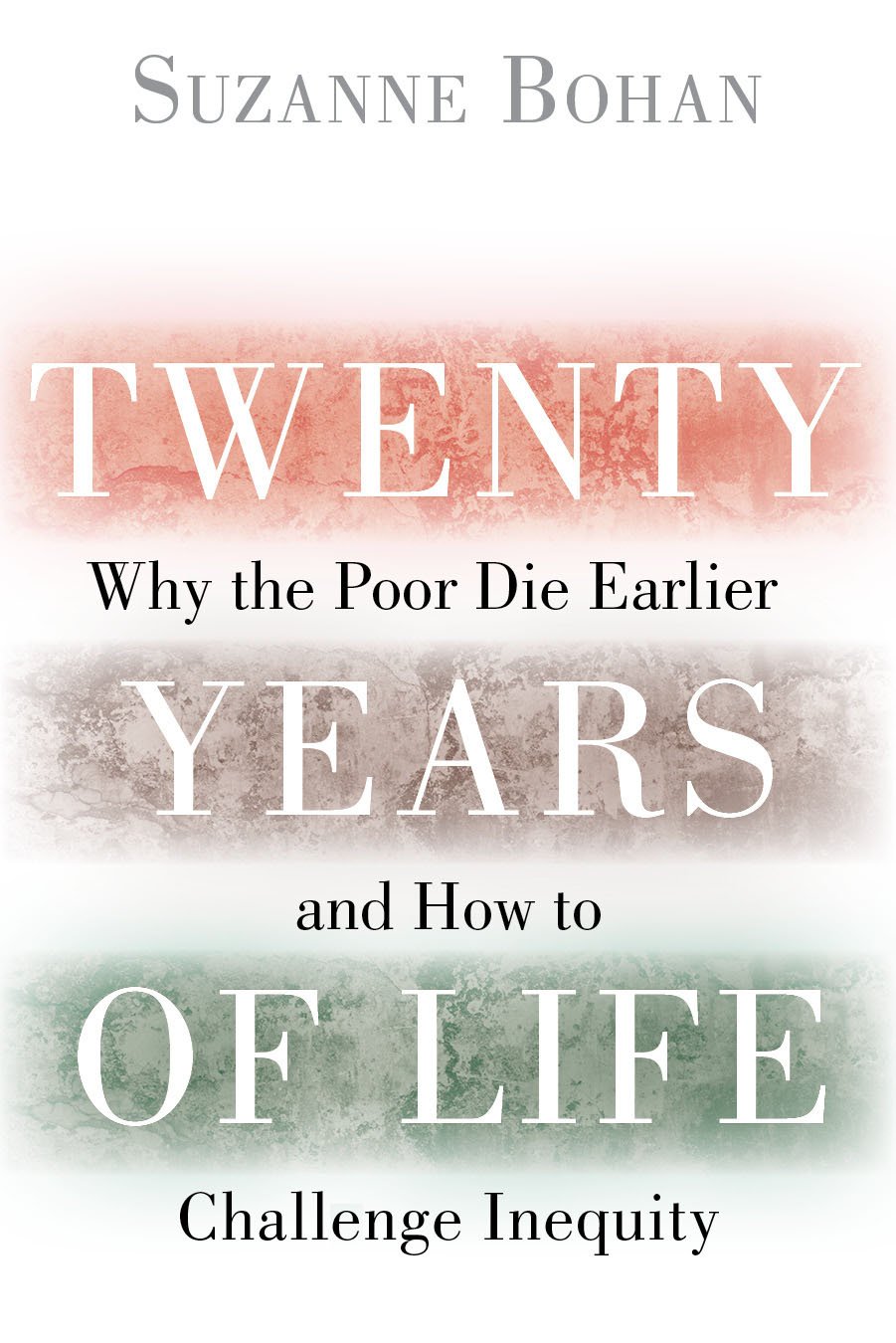 Seven years into a 10-year campaign covered in the book, the results have been strikingly effective. Impacts include nearly 50,000 newly-mobilized residents advocating for better neighborhoods and schools and some 3,000 new youth and adult leaders, some rising to elected leadership positions. The state’s top election official even credited increased voter turnout to all this activism, and it has led to hundreds of millions of dollars in new funding to distressed communities.

Backed by research and social science, these stories set a hopeful tone for the future of health in America. As one public health expert wrote, “This book is filled with superheroes! Daring people who refused to watch their neighborhoods be plagued by avoidable and unjust inequities.” With this book, Bohan shows how harnessing the latent political power in distressed communities is key to reducing the stunning gaps in health and lifespan nationwide.

Suzanne Bohan spent twelve years as a reporter for the Bay Area New Group, which includes the San Jose Mercury News, Contra Costa Times, and Oakland Tribune. She won a prestigious White House Correspondents’ Association award in 2010 for her reporting on health disparities. Bohan is co-author of 50 Simple Ways to Live a Longer Life: Everyday Techniques From the Forefront of Science (Sourcebooks, 2005).