Two years on from its expected completion, the bridge joining Dandong and Sinuiju remains unfinished: an emblem of an uneasy alliance gone sour

From Dandong, the largest Chinese city on the border with North Korea, it’s just a short hop to the Hermit Kingdom – or rather, a short swim. In summer, bronzed Chinese bathers wade into the Yalu River and paddle 400 metres to the opposite bank, where armed North Korean soldiers watch from turquoise guard towers over women washing clothes along the muddy bank. The North Koreans don’t dare swim.

“There are North Korean soldiers hiding in the long grass,” says one elderly Chinese woman swimming by the bank. “They will catch you and charge a ransom if you get too close.”

This is the frontline of a long-term communist alliance turned sour. At first glance, Dandong – with its 1.8 million people – looks like any other second-tier Chinese city: KFC and McDonald’s, 30-storey apartment buildings, tree-lined streets jammed with BMWs and Range Rovers.

But it is also the main umbilical cord for North Korea. From Dandong’s main thoroughfare, you can see across the river to dilapidated two-storey houses; at night, the North Korean city of Sinuiju (population 250,000) is in complete darkness. At least 70% of all trade in and out of this isolated country happens between these twin cities, and upwards of 20,000 North Koreans work in Dandong. Many shopfronts are in both Chinese and Korean.

Until recently, China was betting heavily that economic incentives could persuade North Korea’s recalcitrant leaders to behave in line with international norms – and Dandong was one of their carrots. China poured billions into the city to encourage trade: at least £3bn in an area called the New District, featuring gleaming apartments and malls; two special economic zones, both on river islands; and £250m into a new bridge spanning the Yalu River. […] 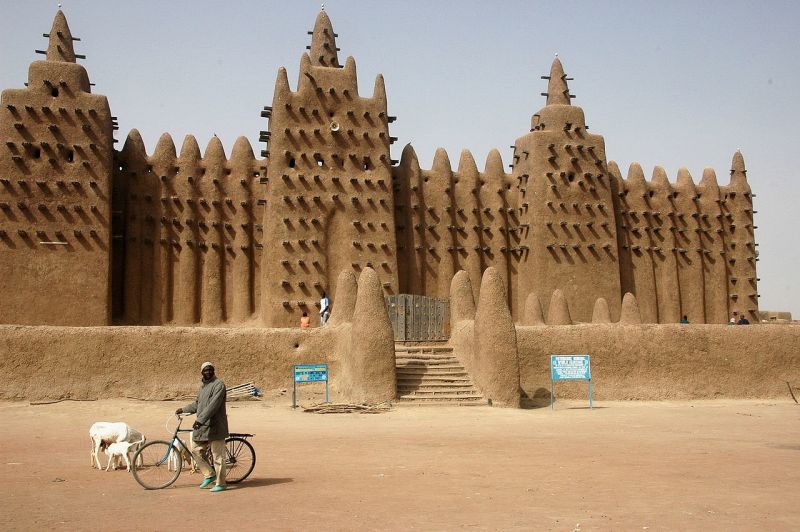 February 18, 2015November 15, 2016
0
A new-yet-old building material is revolutionizing construction and energy consumption in Mali. Promising to drive down base costs, improve insulation, and keep out heat,...