A slew of innovative new condo towers are being proposed for Vancouver, as the city aims to take its arguably boring architecture to the next level.

Architect James Cheng is among those working on a signature building for 1445-1455 West Georgia St.— a 50-storey tower with an 80-foot glass jewel at the base, and walls that resemble the Seattle Library.

“We’re saying, ‘Can a building give back in a different way to the city, rather than just be another tower?'”

Cheng was inspired by repairs to the Washington Monument, which took on a whole new look when it was covered in scaffolding and then lit up.

Cheng’s tower will also be lit, whether or not anyone is home.

Along the street, at 1575 West Georgia, local architect Gregory Henriquez is proposing a mixture of a traditional condo tower with origami balconies.

In between, at 1500 West Georgia, another dramatic building has been proposed by German architect Ole Scheeren, who takes his inspiration from the game Jenga.

Meanwhile, a block away at 1550 Alberni St. is a Westbank project by Japanese architect Kengo Kuma, quite unlike anything Vancouver has seen before, swooping up into the sky with open gardens and sleek interiors. […] 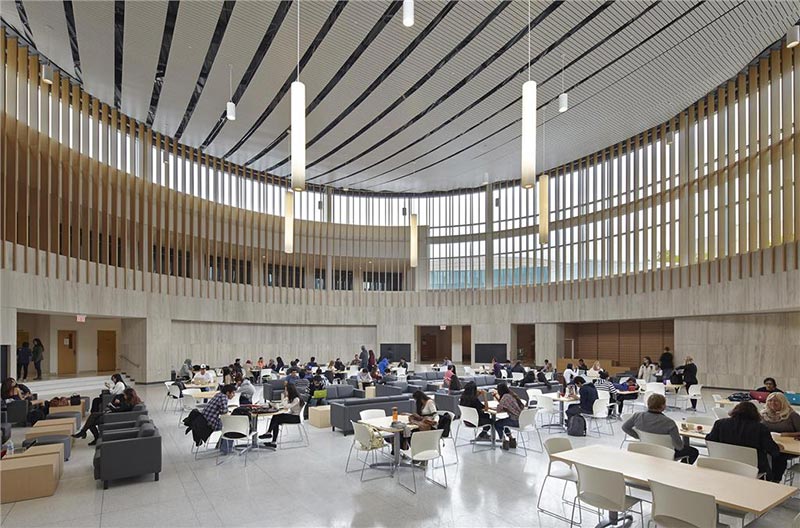 April 21, 2015September 15, 2015
0
University of Toronto Mississauga’s new Innovation Centre cost $30-million to construct, and took only 21 months to go from conception to completion