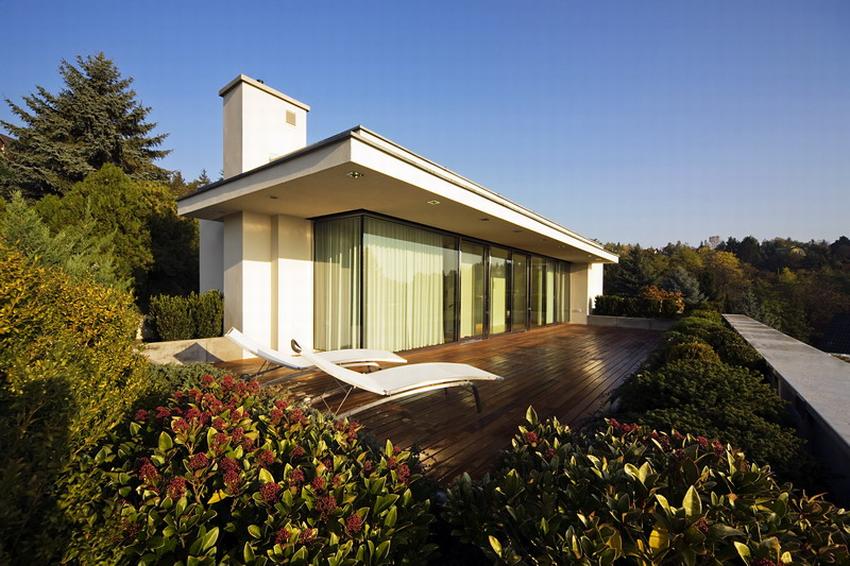 Set some way outside the urban agglomeration of Budapest, 40 km from the capital, sits the villa in its semi-rural context. The slightly sloping site has a south-easterly aspect, lying at the foot of the Szarvas-hegy (meaning Deer-hill). Its fabulous panorama is crowned by the view of the river Danube. Lajos Kuknyó, architect and principal partner at the Architema Studio, had been engaged to work on the restoration of a Bauhaus style cinema (the Broadway) in down-town Budapest, built in 1938; during the design phase he began to conceive of the plan for his own family house. And it was no accident that the finished villa reflects a modernist design with terraces, in effect deepening his intellectual relationship with the 1920-30-s period. Pavilion-like architecture, spaces and materials by Mies van der Rohe, also an influence of F. L. Wright is present in the project.

Light flows through the giant glass windows – which was a crucial part of the concept – they open the mass and help weld the house together with the natural surroundings. Floor plans are straightforward, logical. The ground floor communal space is just as much separated as is needed to clarify the functions: though there are no rooms, part-walls form the boundaries. The bedrooms upstairs – accommodating the 3 person family living in the house – are connected with the garden via the planted roof terrace. Outstanding, temperate, 21st century modern from South-Eastern Europe. A contemporary and high-tech paraphrase of the ‘Wright organic’. Its name is ‘maximalism’. 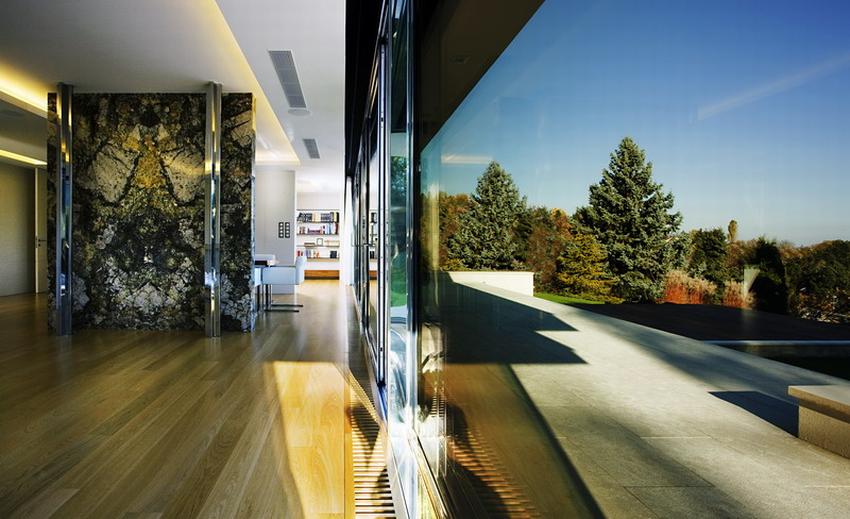 There is only modest information published internationally on Hungarian architecture. Hungary is one of the countries still searching for their actual identity. Since 1989, the year that marked the end of a 45-year period of socialism in Hungary, one question still has not been answered: What are the actual factors that most organically determine its characteristics? This search is very visible in its contemporary architecture: the development of Imre Makovetz’s organic wave in the 1960s or the postmodern – almost high-tech – buildings designed by József Finta all pointed out sharp directions but did not give an answer to the question. In the first decade of the 21st century promising young studios appeared on the design scene, but so far it has been the villa architecture primarily where the most exciting contemporary architectural ideas sprouted. This is worth keeping an eye on.

”For us architects, the most important thing in the world is creation. Our thoughts breed forms, spaces and buildings which then breed new thoughts in others. We believe our work creates more than structures. Most of the time, we realize these dreams. We give primary importance to the realization of our clients’ dreams in the best possible quality. In our opinion, quality itself is real value. 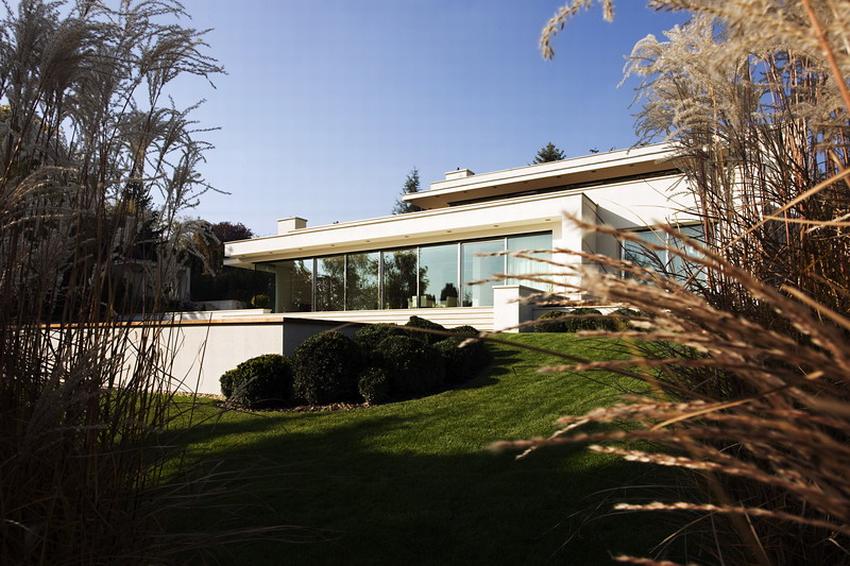 Space is the luxury of our times. The quality of the space in which we live, work and improve our minds shapes our character fundamentally. As architects, we shape space, but then that space shapes us. This is what makes us think that quality architecture is always justified. The realization of a plan for most people is an immense challenge. We endeavour to create reality from dreams by using the experience and expertise we gain while designing and constructing. Very few architectural offices exist today which not only design but also construct the buildings they have planned in every detail. The buildings thus created reflect the consistent way of thinking we represent. Both planning and construction are team-work. We appreciate our partners’ work and respect their opinions and expertise.

Constant consultation with the creative master-craftsmen we have selected and worked with through the years, already ensures the emergence of quality in the planning phase.” – so says Lajos Kuknyó, the principal partner of Architema Studio.