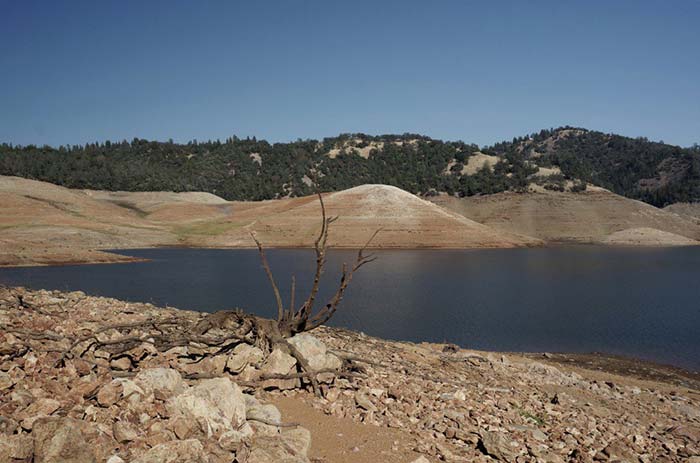 Here is the essential point: California has never had enough water. The current drought is simply the latest evidence that this is a dry land, not “susceptible of supporting a very large population,” as an American military officer wrote in the 1840s. But of course the region has shown itself more than susceptible of supporting — or at least attracting — a very large population. Modern California, with almost forty million people, and the largest economy in the United States, has seemed again and again to overcome the limits of its natural environment.

Modern California is in fact an extraordinary achievement. To make a semi-arid region not only habitable but also prosperous and abundant has required massive and sustained geo-engineering — the construction, over generations, of a complex network of reservoirs and dams, of aqueducts, tunnels, and canals, of pumping stations and treatment plants, much of which is dedicated not only to harvesting, storing, and supplying water but also to transporting it from where it originates, in the Sierra Nevada Mountains, to where it is needed, in the great coastal cities of San Francisco and Los Angeles and the farmlands of the Central Valley.

The history of this achievement has been amply documented, from the mid 19th-century settlement of the Central Valley and its development into one of the most highly managed agricultural landscapes on the planet, what historian Kevin Starr has called “the most productive unnatural landscape in the world”; to the diversion of Owens Lake, in the eastern Sierras, a century ago, to provide water for the growing metropolis of Los Angeles; to the flooding of the Hetch Hetchy Valley, in Yosemite, to create the reservoir that for decades has served San Francisco, more than 150 miles to the west. […]

August 2, 2016
0
This house is located in a housing estate of Uji city and surrounded with old houses which have been rebuilding.