Home News Welcome to Building 20, the sprawling fortress that serves as Facebook’s California...

It’s been a year since the tech giant moved into its sprawling new home, designed by Frank Gehry, at One Hacker Way. Alex Bozikovic takes a tour of the village-in-a-building and finds a bunker as closed to outsiders as anything else in Silicon Valley

Welcome to the nerve centre of Facebook. The 434,000-square-foot shed was designed by the world’s best-known architect, the Toronto-born, Los Angeles-bred Frank Gehry. Opened last year, it is Facebook’s latest big bet on its “campus” here in the San Francisco Bay area – Mark Zuckerberg’s attempt to create its workplace of the future.

It’s a project that captures the tech industry’s ironies and delusions: A $300-billion company trying to look scrappy, a suburban site with urban pretensions. And, despite the architectural language of openness and contingency, it is a fortress.

From the outside it looks like nothing more than a parking garage. Which in part it is: vehicles roll in and park on the ground level, under the single office floor, which is topped with a massive, meandering green roof.

This scheme is efficient and also symbolically apt. It elevates the workspace above the drab suburban landscape and conceals the cars that ferry the 2,800 people who work there, while nature – or manicured nature, designed by landscape architecture firm CMG – gets pride of place. Facebook has floated comparisons between this place and the High Line, a park above the streets of New York. […] 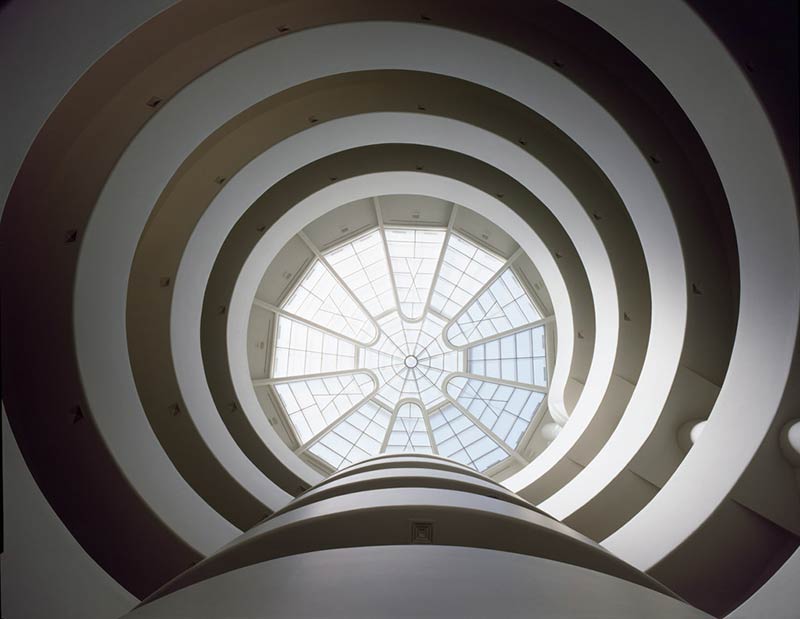 Online users can now explore the interior of the Guggenheim through...

January 23, 2016June 24, 2016
0
Additionally, the Solomon R. Guggenheim Foundation, in collaboration with the Google Cultural Institute, has made available over 120 artworks from its collection for online viewing.