Seven years ago, in my then-column for Architect magazine, I wrote that computerized automation eventually could fulfill the ultimate aims of green building by achieving dramatically better performance. Now the same magazine has taken up the same topic in a couple of recent articles. In June, Daniel Davis declared that architecture can’t be completely automated because “it is–for now–impossible to get computers to think creatively.” Last month, Blaine Brownell echoed this sentiment, citing a new McKinsey report claiming that “creative tasks are largely immune from automation.” Yet, the implications of automating creativity are much bigger than either author lets on.

“Robot replacement is just a matter of time,” wrote Kevin Kelly in Wired a few years ago. “It doesn’t matter if you are a doctor, lawyer, architect, reporter, or even programmer.” Robotic manufacturing and other advanced industrial technologies are familiar, but computers also have taken on many white collar tasks, including customer service, journalism, and web design. Kelly says nothing more of architects, though automated processes already are changing the profession. Computational design and parametric modeling are routine in architectural practice now, but often they merely facilitate architects’ pursuit of exotic geometry. Hi-tech eye candy. What’s still relatively rare is employing advanced techniques to improve performance significantly, and what’s nearly unheard of is automating the creative process entirely.

This is how designers work: We study a variety of possibilities and choose the ones that work best or we like most. Automation potentially can improve every aspect of this process and become, in Kelly’s words, “better than human.”

First, innovation involves generating a large number of ideas to find a very few remarkable ones. Computers can study thousands of variations in the time it takes a designer to look at dozens, discovering possibilities that might never occur to us. As Davis reports, Autodesk, which makes the most popular computer-aided design (CAD) tools for architects, is developing software that “learns the same way we do,” only faster, says the company’s chief technology officer, Jeff Kowalski. “This is the biggest, most fundamental change that I’ve ever seen coming our way.” […] 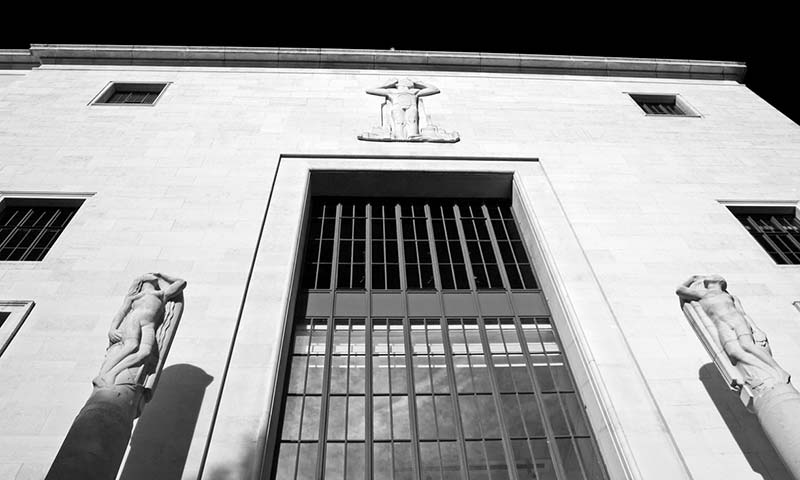 December 8, 2015December 23, 2015
0
Following allegations of institutional racism, we ask architects whether the Royal Institute of British Architects really is an outmoded organisation with values from a bygone age