Where JEAN NOUVEL, architecte terrible, gets all his best ideas 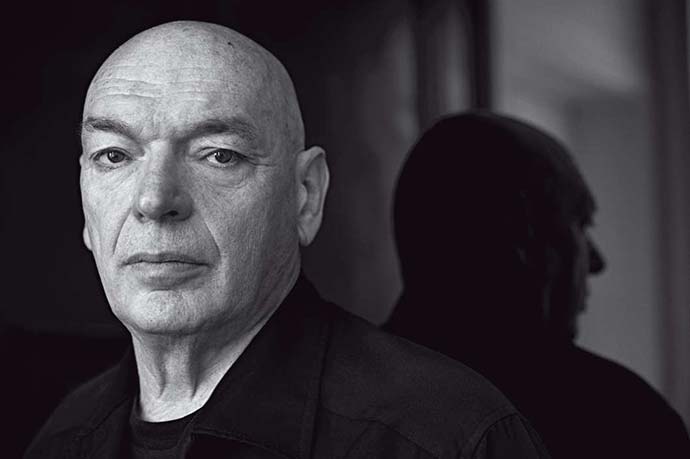 It’s Fashion Week on the Rue Saint-Honoré in Paris, and a black-clad mountain of a man lumbers through a hotel lobby full of preening gazelles. His long coat sweeps a Champagne flute off a coffee table and into a young woman’s lap. He makes vague blotting motions, as if he could soak up the Champagne remotely, then gives up and moves on. His assistant grabs a napkin and administers a few firm dabs and profuse apologies. She, too, moves on, following her boss into a private dining room for a working lunch. A few minutes later, a waitress pops in with an update: The young woman is fine, she’s been given a new drink, and, in fact, “Elle est ravie que ça soit vous” — she’s delighted to have been soaked by one of France’s cultural treasures, the architect Jean Nouvel.

In a nation that makes celebrities of its philosophers and literary critics, Nouvel is more than a designer of buildings; he’s a curator of French architecture’s cultural ambitions. His Philharmonie de Paris, which opened in January, embodies the desire to bridge the chasm between elite and popular music — or, depending on your politics, it’s a state-sponsored boondoggle squandering fortunes on deluxe entertainment. The Musée du Quai Branly, a rust-colored museum of non-Western culture that crouches in the greenery near the Eiffel Tower, plunges into France’s long and fraught debates over colonialism, Orientalism, and primitivism. His Louvre Abu Dhabi will bring a new cultural juggernaut to the Persian Gulf with the help of a French museum consortium and a French brand name.

“My approach to architecture is tied to my European culture, my French upbringing, and my Parisian trajectory,” he says, studying the label on a bottle of Châteauneuf-du-Pape. “But I think it’s essential to merge an insider’s knowledge with an outsider’s perspective. Otherwise, you take too much for granted, and you fail to see what’s possible. Sometimes when you think you know a city, you don’t really know it at all.” Nouvel has a tendency to speak in gnomic generalities, but what he seems to mean is that intimacy with Paris has given him the grounding to work anywhere. Weaving around the constraints of history prepared him to be inventive with New York’s byzantine zoning code, and now, after nine years of dithering, his supertall 53 West 53rd Street, informally known as the MoMA Tower, is finally under construction. […]

Continue Reading – Source: NY Mag
Aline Chahine
Aline is an international licensed architect currently practicing in Canada, she is the reason you are reading this right now, Aline founded the platform back in 2008 shaping the very foundation of Architecture Lab, her exemplary content curation process that defines the online magazine today.