Twenty-five years after it opened, Kenya has announced its third biggest ‘city’, the Dadaab refugee complex, is to be shut down. But for many residents, this sprawling slum in an inhospitable desert is the only home they know

Kenya’s third biggest city, after Nairobi and Mombasa, is not a city at all but a refugee camp – the world’s largest. This year the Dadaab refugee complex is 25 years old: young for a city, but old for a camp that was only ever supposed to be a temporary sanctuary.

Dadaab was built in 1992 for 90,000 refugees fleeing the war in Somalia. Today it is home to an estimated half a million people, 350,000 of them registered refugees – an urban area the size of Bristol, Zurich or New Orleans. Last week Kenya announced plans to close it by May of next year, to the unhappiness of many who live there.

Noor Tawane, now a middle-aged father of seven and businessman in the camp, was one of Dadaab’s first residents. Over the past four years, while researching a book about the camps, I have learned his story. He arrived in Dadaab on a donkey cart in 1992, at the age of seven, with his mother and father: a thin, wizened man with hennaed hair and light eyes called Idris.

The family had fled the violence that engulfed southern Somalia following the collapse of the government of Siad Barre. Idris was a prosperous farmer with a lot of land on the banks of the Juba river that he was reluctant to abandon. “The most beautiful land ever is that place,” Tawane says proudly – but he cannot remember directly. This is his father’s memory talking.

The UN planners designed the three camps on a grid pattern, arranged in lettered sections and numbered blocks bisected by roads wide enough for police patrol cars. The principles that have always guided the camp architecture are visibility and control, a bit like a prison – the camp follows the structure of punishment, but there has been no crime. […] 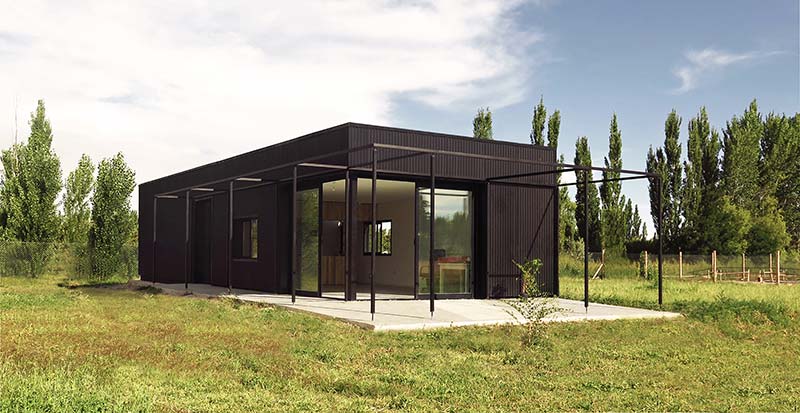 Updated on September 29, 2016
0
House PRO.CRE.AR 01 is located in Padre Stefenelli, a few miles from General Roca, in the south of Argentina