Zaha Hadid Architects (ZHA) has been awarded first prize in the competition to build the Urban Heritage Administration Centre in Diriyah, Saudi Arabia.

The competition for the 8,780m² head office of the Heritage Museum was initiated in 2015. The centre is integral to the on-going works to preserve Diriyah’s historic UNESCO world heritage listed site, continuing the restoration programmes throughout the 120km Wadi Hanifah valley that also includes the re-establishment of its natural environments.

The Urban Heritage Administration Centre incorporates a permanent exhibition gallery, library, lecture hall, educational spaces for all age groups, and also establishes a scientific institution for conducting field research and documentation of the many archaeological sites in Diriyah.

The centre’s design engages with its geographical and cultural context. Interaction between man and nature has defined the oasis within the Wadi Hanifah valley at Diriyah and has guided the design’s development. The waters of this rich and habitable oasis lie within the vast expanse of the Najd central plateau. This concept is translated within the Urban Heritage Administration Centre by organising its facilities around an atrium with water at its core, as well as four ‘scooped’ green oases within its apparently solid facade. A closer investigation of the facade reveals a carefully perforated outer skin that protects the interior from solar gain while maintaining visual connections with the natural surroundings.

The design relates to Diriyah’s local vernacular, not through mimicry or a limiting adherence to references of the past, but by developing a deeper understanding of its traditions and composition – expressed in a contemporary interpretation informed by the same natural forces that defined Diryah’s historical architecture.

The preserved buildings of Diriyah’s historic centre use rammed-earth construction with thick walls and small exterior openings for protection from the heat and sun. This is reinterpreted as a double-facade which creates the apparent solidity from the exterior while also giving the natural light and views of the surroundings from the interior that are required of a modern workplace.

True authenticity resides in the balance between tradition and ever-evolving innovation. This has been integral throughout the project’s design process. In so doing, the Urban Heritage Administration Centre becomes part of the nation’s evolving cultural heritage, achieving the ambitions of the Saudi Commission for Tourism and National Heritage. The centre will also provide the permanent headquarters for the Heritage Museum as a growing institution with increasingly popular educational workshops and cultural tourism, in addition to the expanding research programmes undertaken by scientists and academics from around the world.

Diriyah’s Urban Heritage Administration Centre continues ZHA’s longstanding commitment to the region. With 30 years’ experience working across the Middle East, ZHA is collaborating with visionary clients on transformational projects throughout the region. 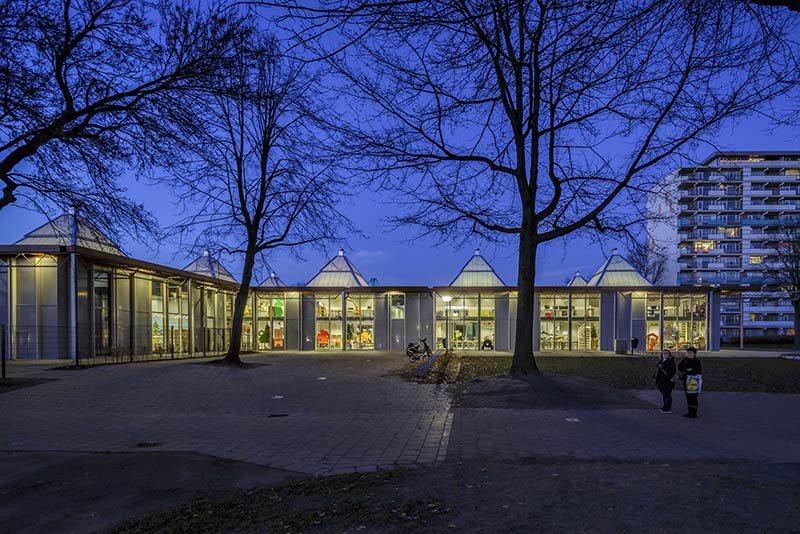 New lease of life for ‘t Karregat in The Netherlands

March 14, 2016October 24, 2016
0
’t Karregat (1973) has been renovated by diederendirrix architects in conjunction with architecten|en|en and has space for the school, day care centre and some community facilities.