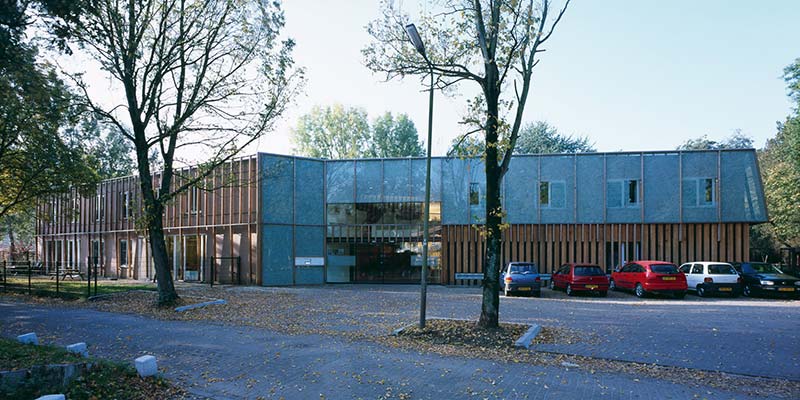 The project concerns the extension and renovation of an existing daycare centre for mentally disabled, situated in a natural wetland area near Delft, the Netherlands. The complicated limitations of the patients make the sensory and tactile quality of the building a key issue in the design process. The emotional wellbeing of this specific group and their ability for orientation is greatly determined by the building, both in shape, lighting and the use of materials. Every day, around 70 people between the age of 15 and 65 are visiting the centre. 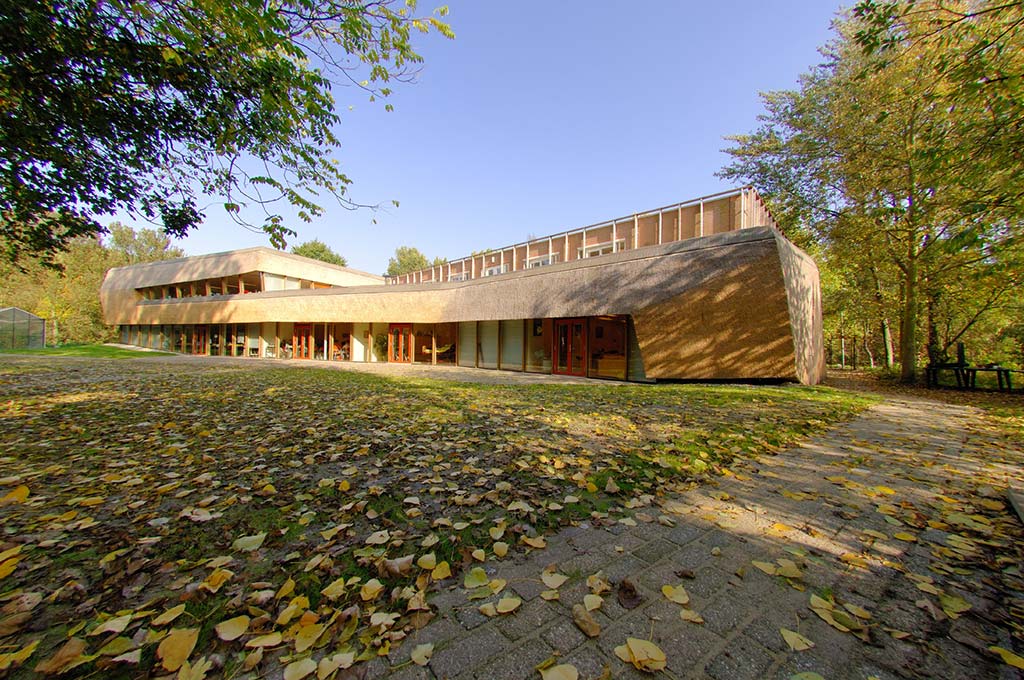 The extension is located on the backside of the building and forms an organic shape that is cladded with thatch.
By using this natural material, the building dissolves into the garden and woodland surrounding it. Also, the use of thatch allows the covering of the irregular shape and serves as a sustainable material with very high insulation specifications due to the air pockets within the reeds. The thatch is applied according to a modern system, in which the reeds are bound on a closed wooden surface. This prevents fresh air from reaching the backside of the thatch. In this manner, an improved thermal insulation is obtained as well as a reduced fire hazard. Along with preventive coatings, the fire risk of the building is now equal to that of a brick building. 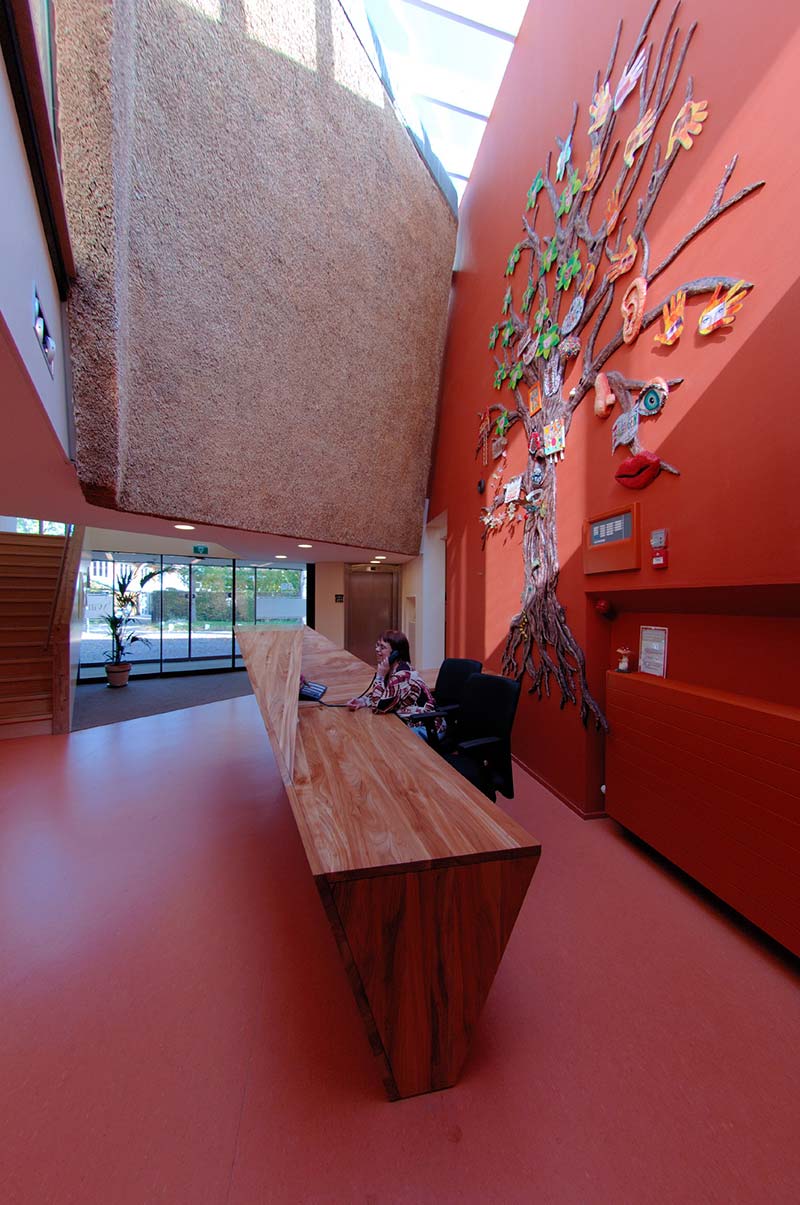 The facades of the existing part are treated in two different ways. Those facing the public space are clad with silk-screened glass, based on a manipulated image of a thatch roof. The adjacent facades can only be perceived in perspective and are covered with a grid of thermally treated pinewood. This grid reacts on the forms of the thatch facade and is continued across all glass facades of the building, uniting old and new.

Between two parts of the old building, a new entrance has been built. In the entrance hall, both the thatch-facade and the pine-wood facade are continued into the interior, ending in the form of a huge sky-light hovering over the reception desk. 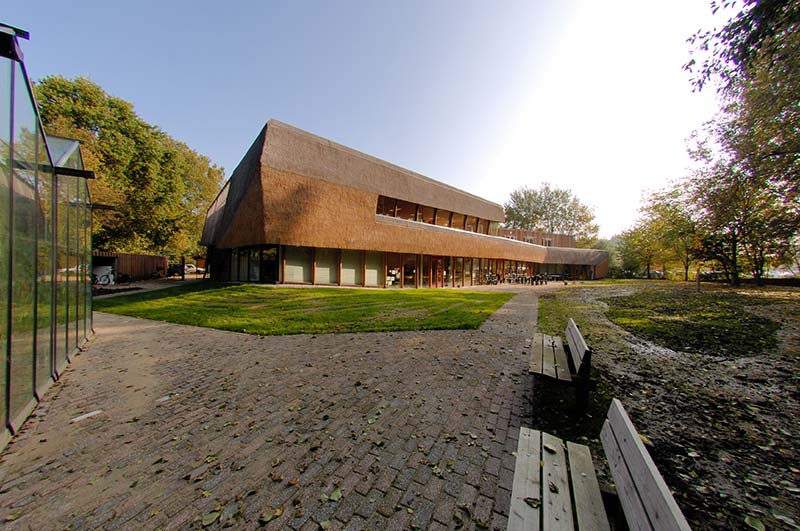 In the garden, subtle height differences are introduced in order to give the clients a safe feeling and prevent them from running off or starting to wander around the building. By doing so, less visible fences are needed around the building, allowing the open and transparent atmosphere that suits a building with this specific function. 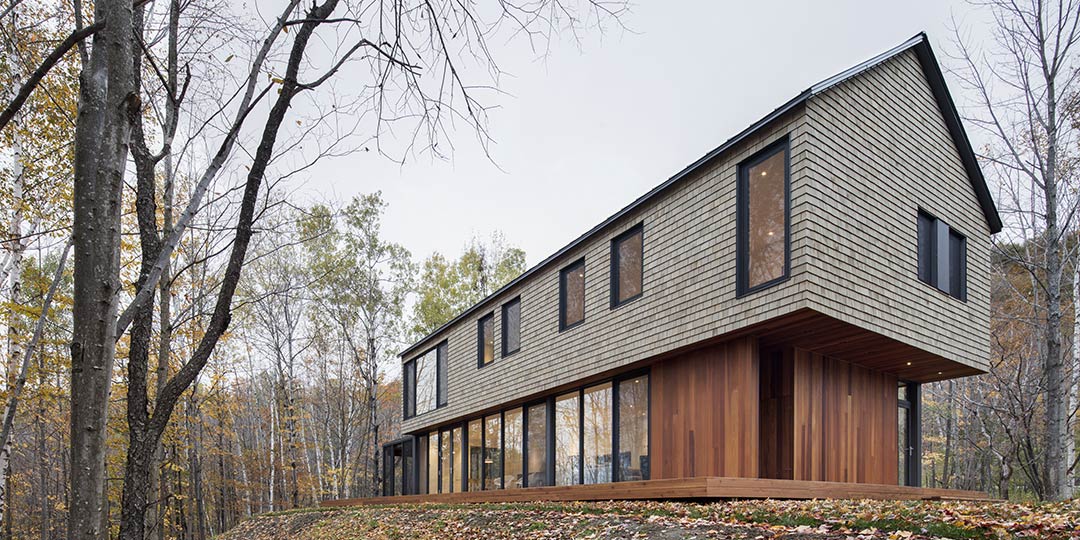 January 30, 2016November 13, 2015
0
The clients wanted a house that "looks like a house." They preferred a more traditional style, reminiscent of East Coast homes by the sea