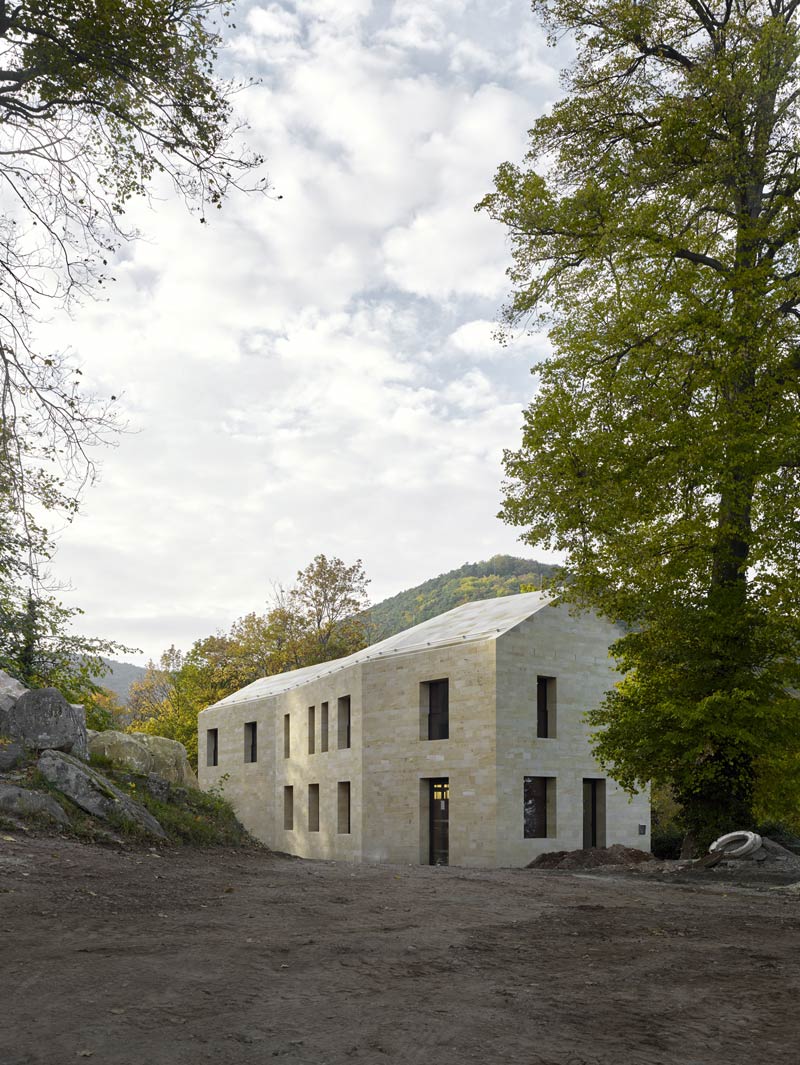 The entrance building is situated north of the castle on its outer curtain wall. It serves mainly as ticket shop and office building. Due to its more secondary function, the building was specifically placed in this position and deliberately given the typological character of an auxiliary building. Its design therefore reflects the hierarchy of the buildings on the castle site, which topped by the castle itself (the subject of stage one) unfurls via the inner curtain wall (with the wall-like restaurant as part of stage two) towards the outer wall and the entrance building just opened. 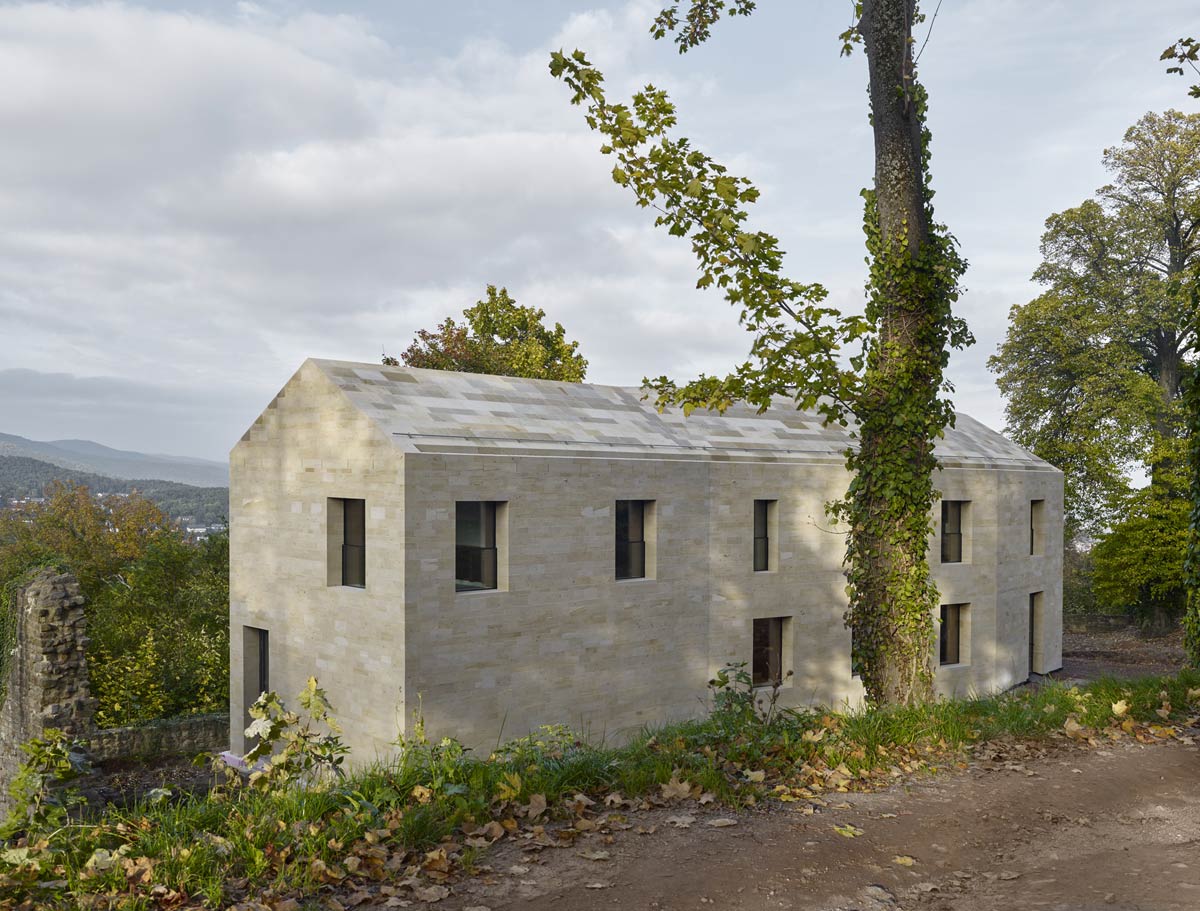 The concept of giving the buildings a typological order has also defined its shape. Derived from the archetypical basic shape, the building effectively follows the site’s curved morphology and develops an apparently spontaneous and offset geometry. This “trick” made it possible to adapt the building’s considerable volume to the scale of the curtain wall. At the same time its special geometry becomes a motor for the design’s sculptural vibrancy.

The facade and the roof of the freestanding building are made from the local Leistadt Sandstone. Its accurate detailing and material abstraction – the sandstone is cut and serrated in a staggered way – identifies the building as a contemporary intervention. 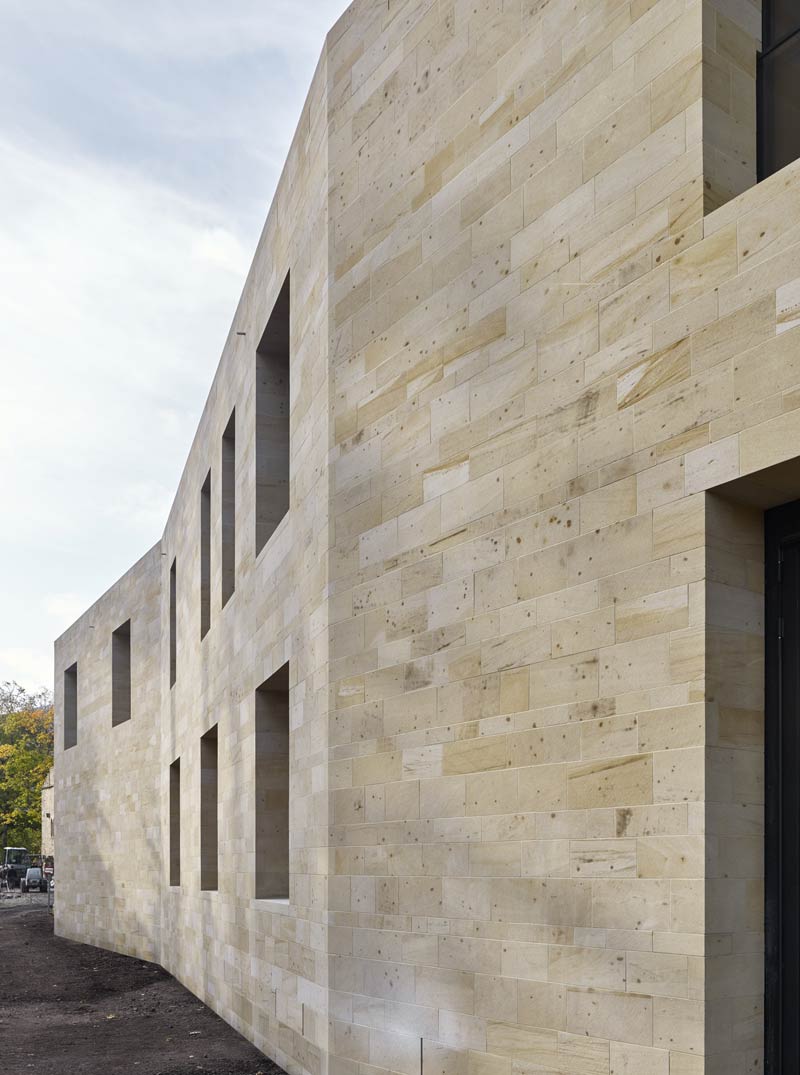 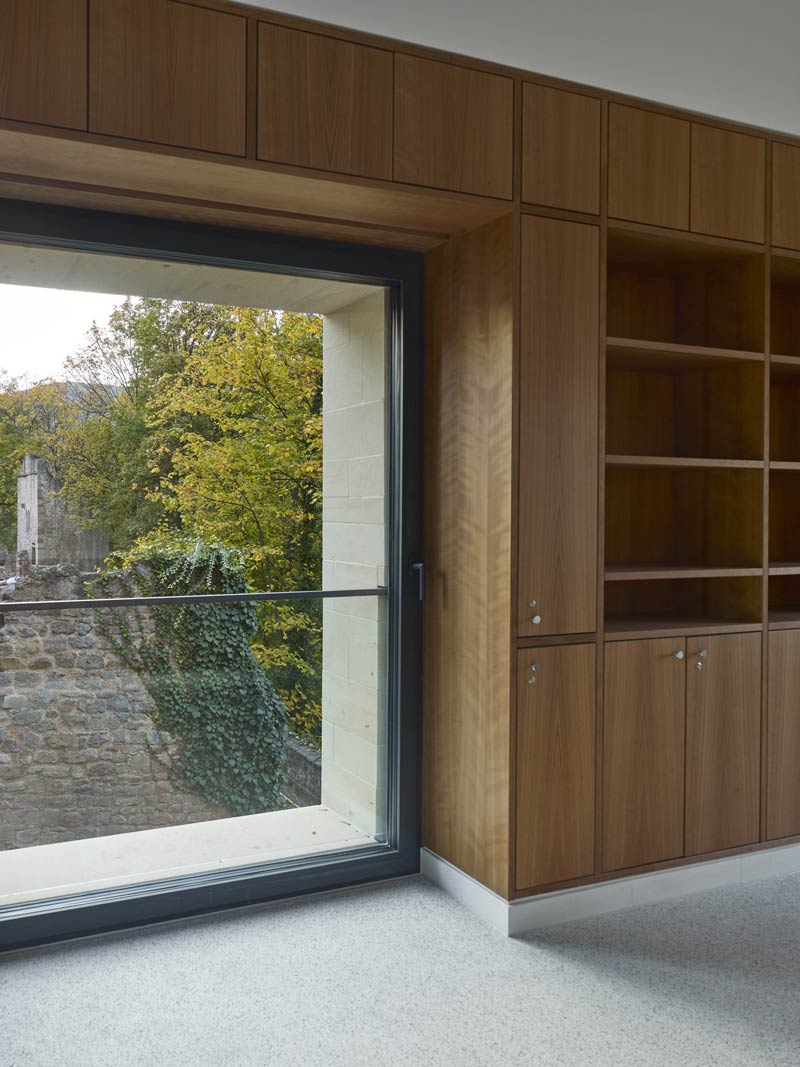 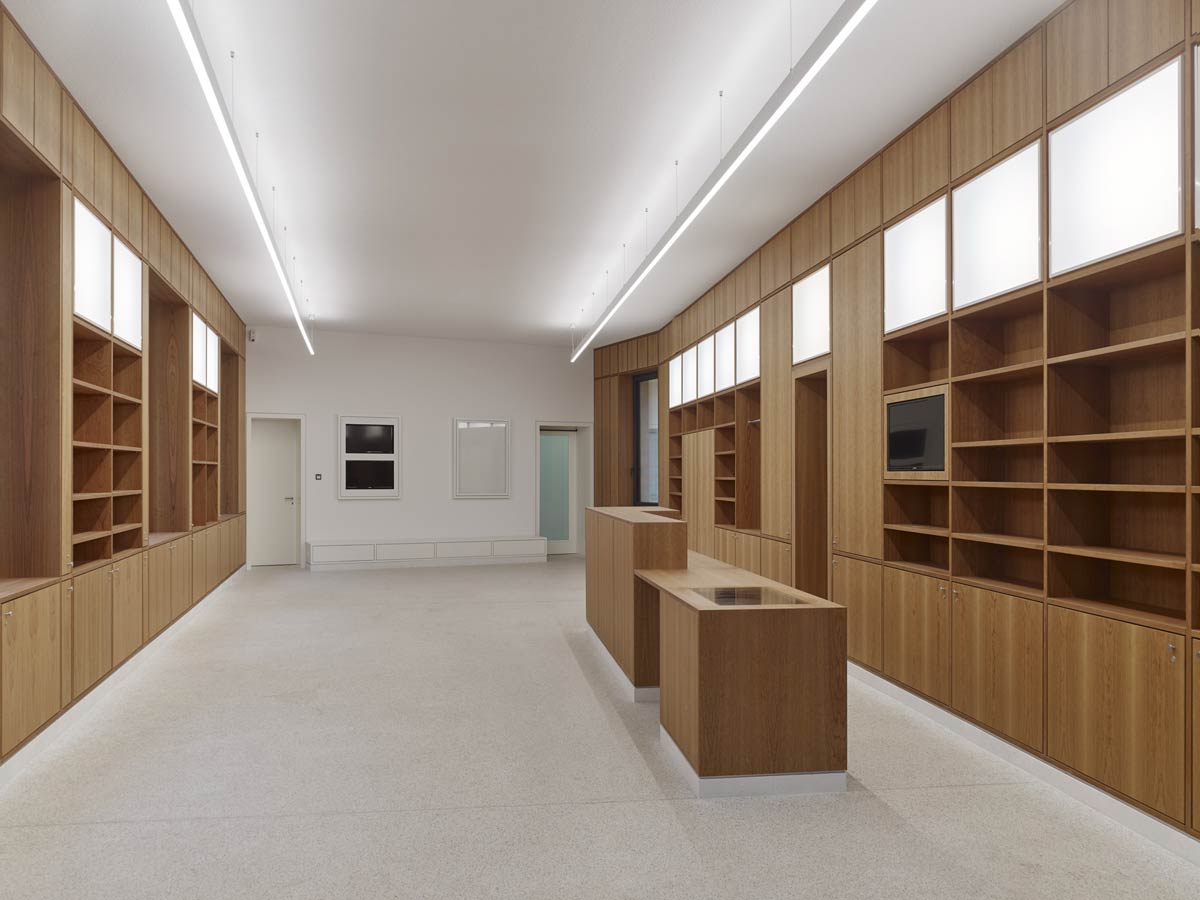 In 2004, Max Dudler won the architectural competition held by the Hambach Castle Foundation. The first two construction stages – restoration of the castle in line with regulations for historical monuments and construction of the “Restaurant 1832” – were completed earlier. For his work in Hambach, Max Dudler was awarded the DAM Prize for Architecture in Germany 2012 as well as the German Natural Stone Award 2013 in the “Solid building elements and building within existing structures” and “Landscaping and open space design” categories. Hambach Castle is certified “Barrier-free access, level 1” and features the nationally recognised “Tourism for all – barrier-free access” certificate.