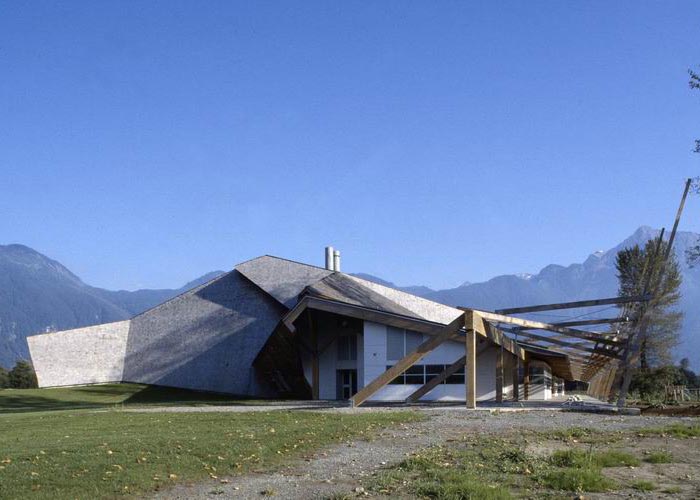 Architects’ Statement:
The Seabird Island Band believes that the first purpose of their educational program is to foster the aboriginal culture of the Salish people of the pacific Northwest. Thus, a conventional school program is significantly informed by community values. 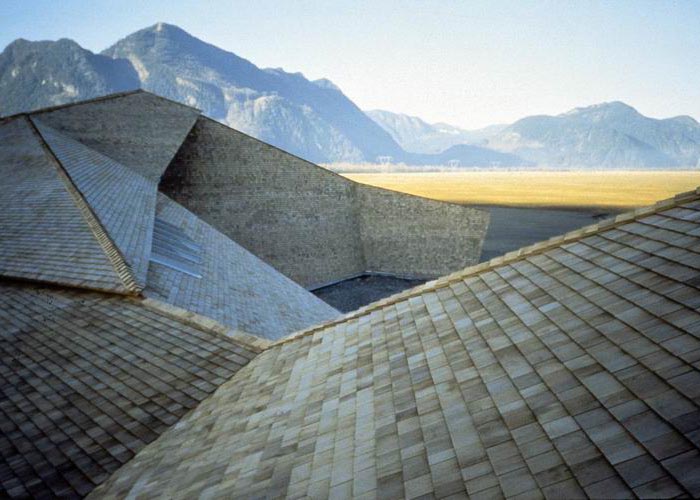 The school was sited along the open northern edge of an existing green space around which a variety of community buildings are located. By making the school a part of the village common space, interaction between the school and the community is encouraged. At the same time, the extreme winter winds which are funnelled between the mountains down the river valley from the north are now mediated by the large mass of the school. 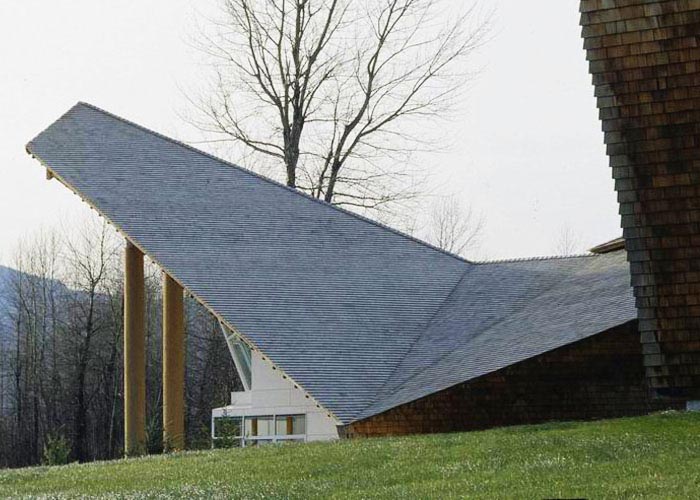 In mediating between the extreme winter winds from the north and the favourable exposure toward the south, the mass and scale of the school undergo a transformation. On the north, large sculptural volumes are closed diverting the winds much like the mountains which surround the site. To the south the scale is small, the building open under generous eaves. A complex, more tectonic quality not present in the sculptural forms of the north is introduced here through the use of a variety of struts, beams and trellises. 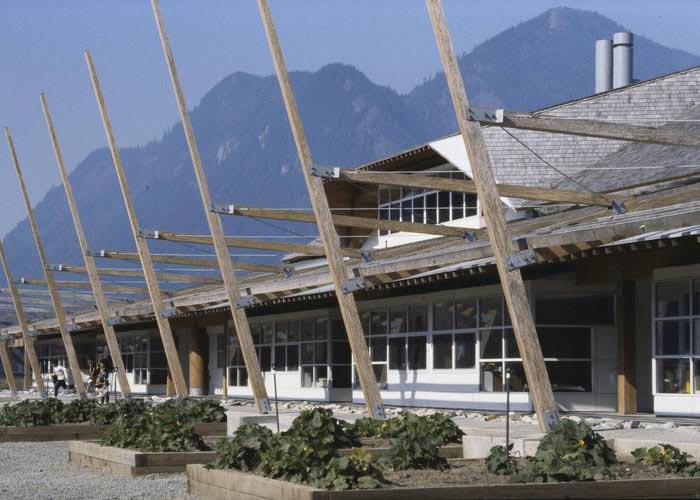 Walls and roofs are clad, generally, in cedar shingles. As they weather, these shingles will shade from a soft silver-grey to a deep red-brown depending upon orientation and exposure. In this way the sculptural volumes of the north will be enriched and subtly exaggerated. Under the broad eaves of the south walls are clad in translucent white plywood panels to increase luminosity and provide a contrast to the weathered character of the north.