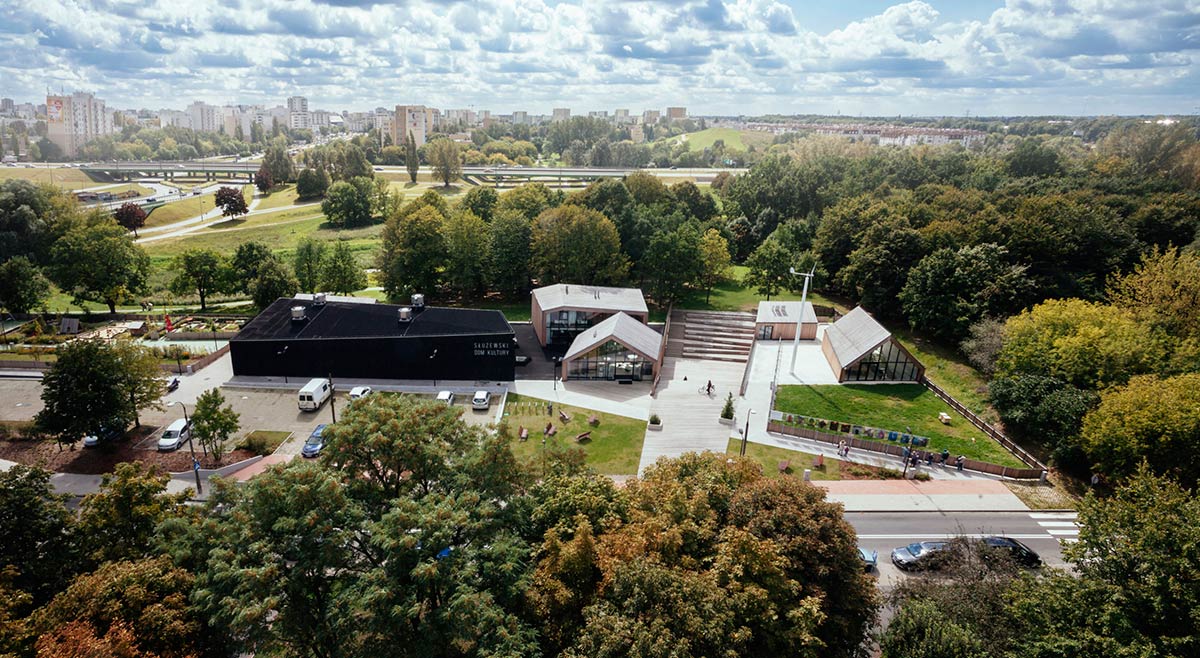 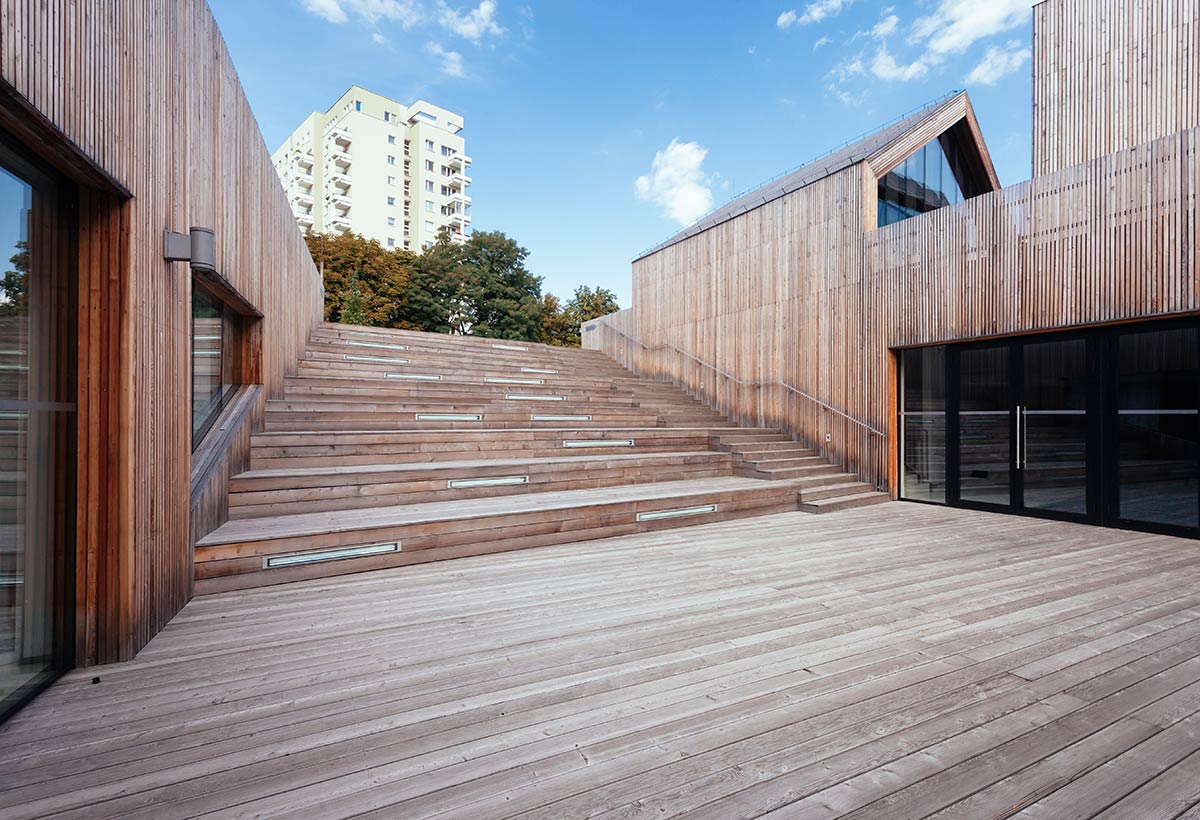 The form of the Cultural Centre design was determined by two elements: the first, the situation and an urban context of the object, the second, its function defined by the programme. The existing, original cultural centre was also a source of inspiration, together with the adjacent ecological, educational farm and a survived country house at 7 Tarniny Street. 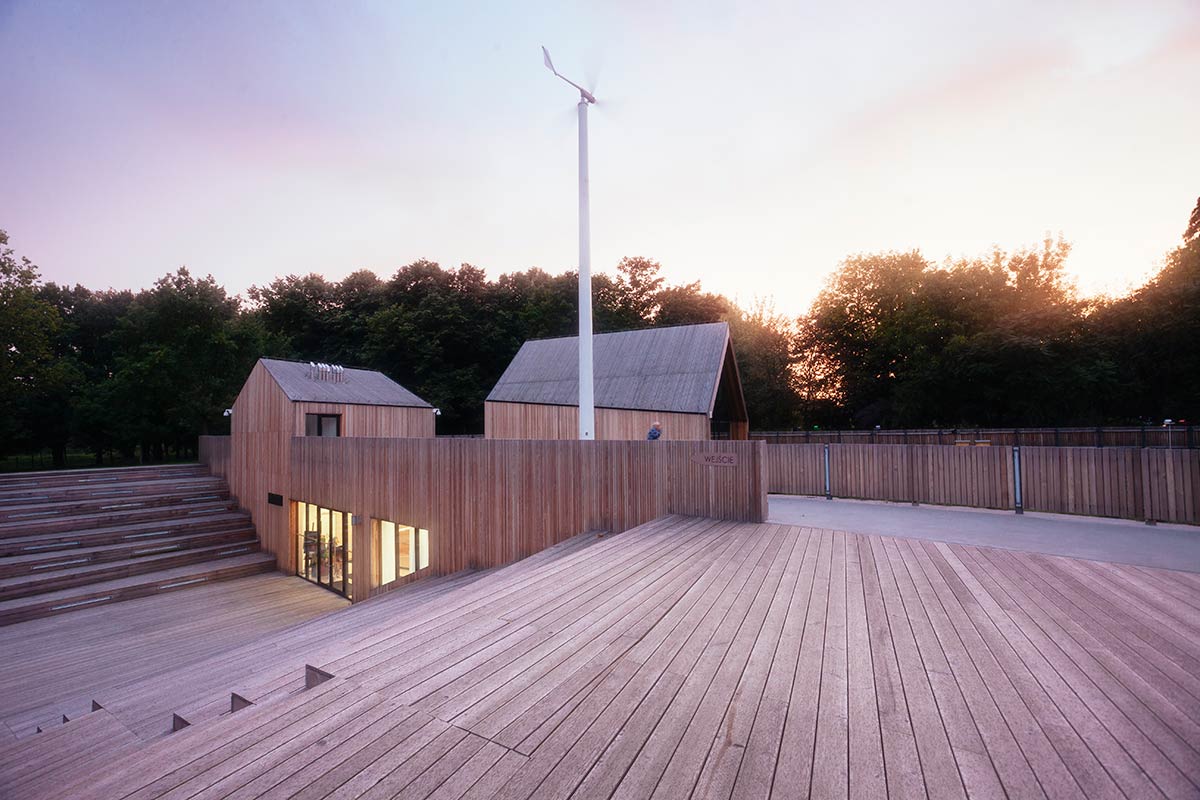 The whole programme consists of two, interconnected buildings, however, each of them can function separately. The basic part of the project and the main entrance into the building are placed on -1 level, which is accessed by amphitheatrical staircase from the entrance square. 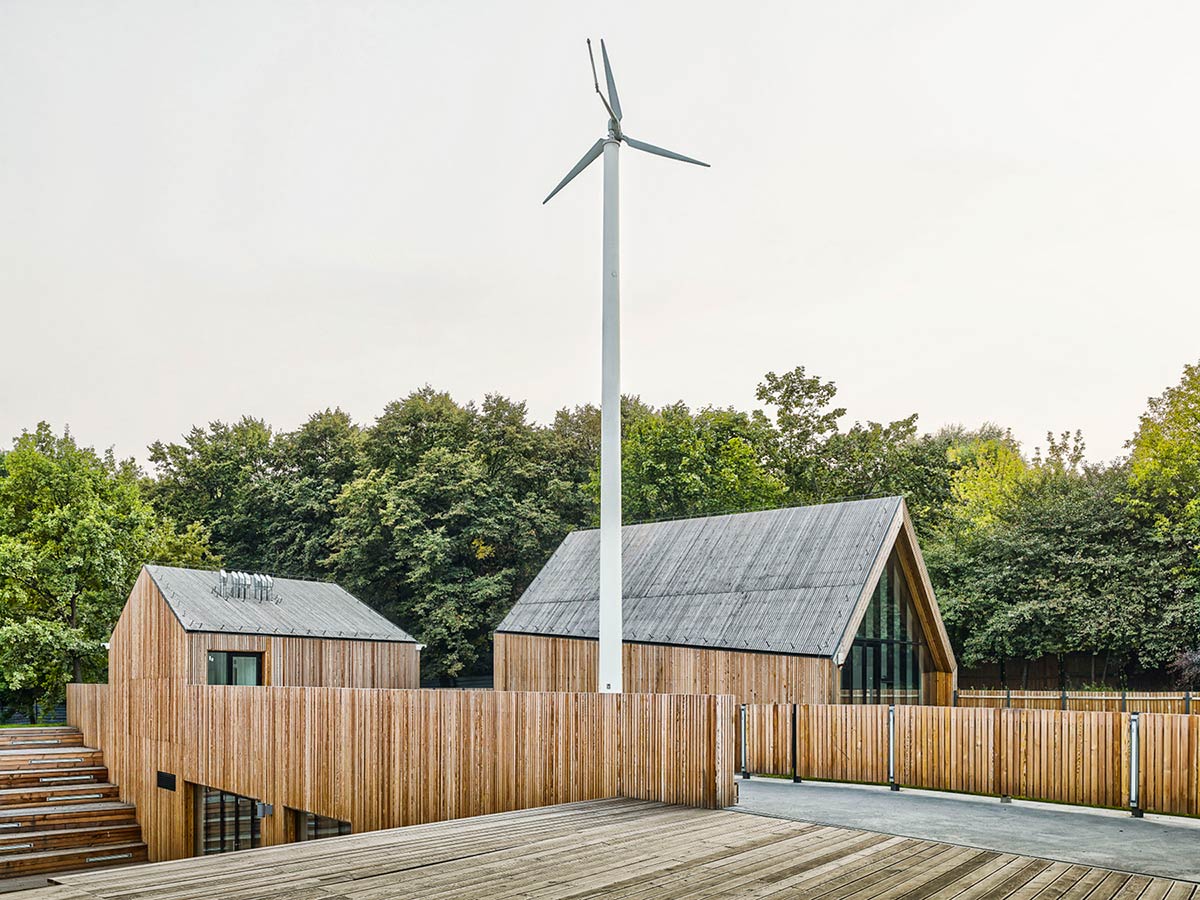 This submerged basin functions as a stage during theatrical, open-air performances. Its warm, wooden flooring looks inviting as a place for playing and relaxing between various activities. At the same time it can be easily disassembled for the maintenance of rain collector passing beneath. 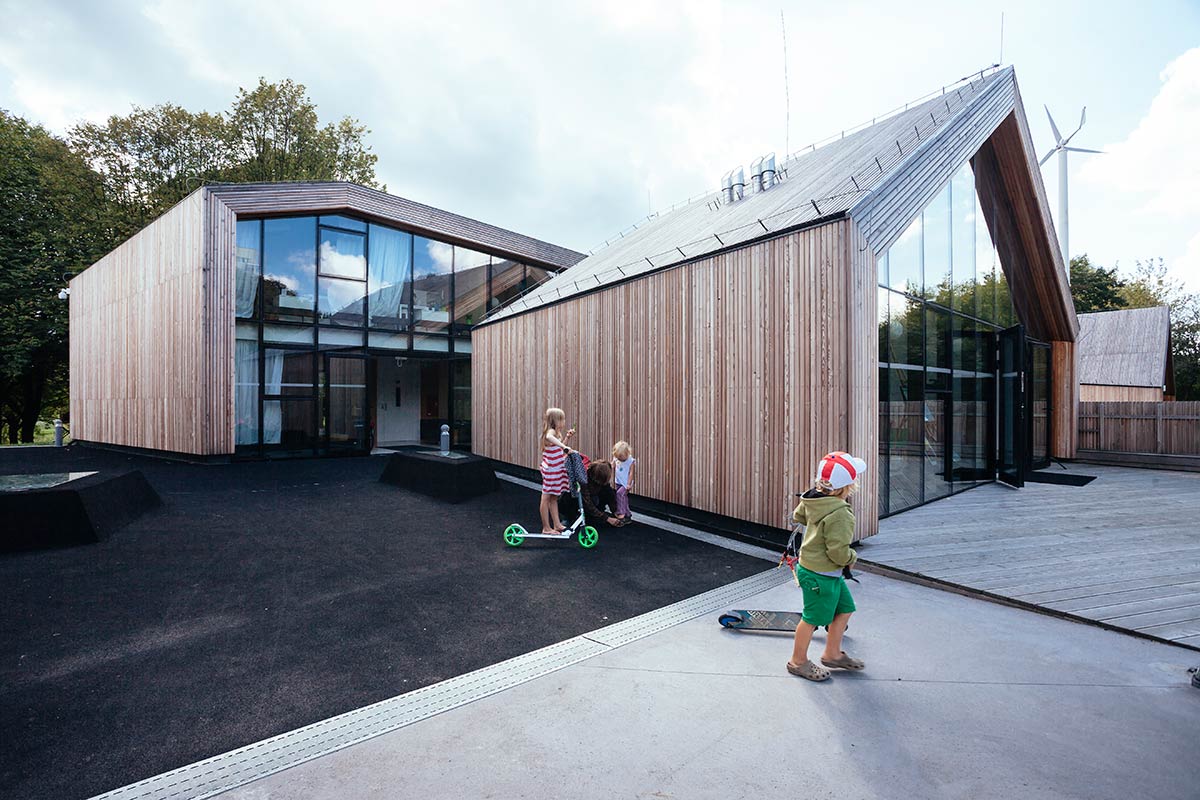 By adapting a traditional form of a farmstead, the design is not only deeply set in the tradition and culture of the place, it also shows respect for the borders of urban and functional zones and in a way employs a sort of convention of children? iconography. Due to placing the main function of the building on -1 level (below the ground), the ground floor level has been treated as an open, public space where relatively small, traditional in form and material houses are constructed. Each of them can be accessed from the area level, and each of them serves one function, e.g., an art workshop or a literature club. 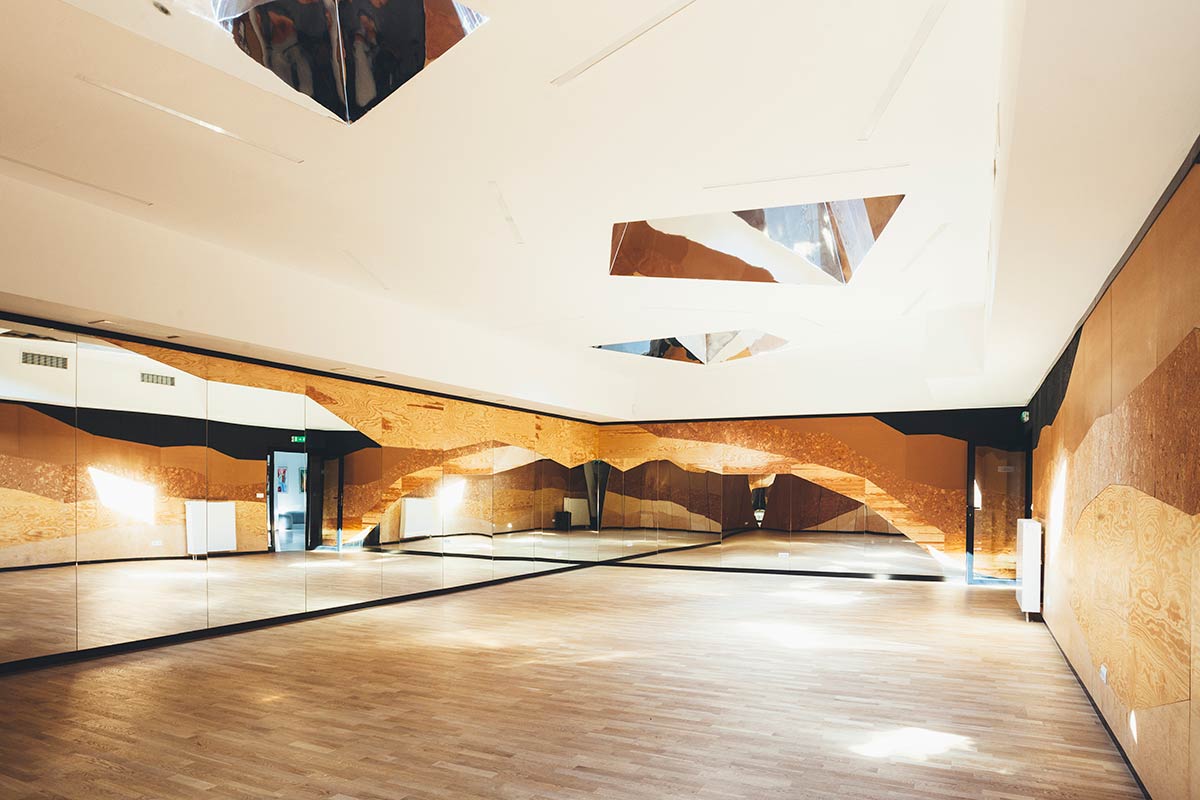 Fully glazed walls of the building overlooking the park on one side, Bach Street on the other, allow the strollers walking around the Cultural Centre to have a glimpse of activities taking place inside, not missing the view of the greenery of the Służew Brook area. Such layout of the building allowed for maximum connection of its interior with the surrounding. As it were, the premises of the Centre become public space of the city, the activities of the Centre reach beyond its borders. 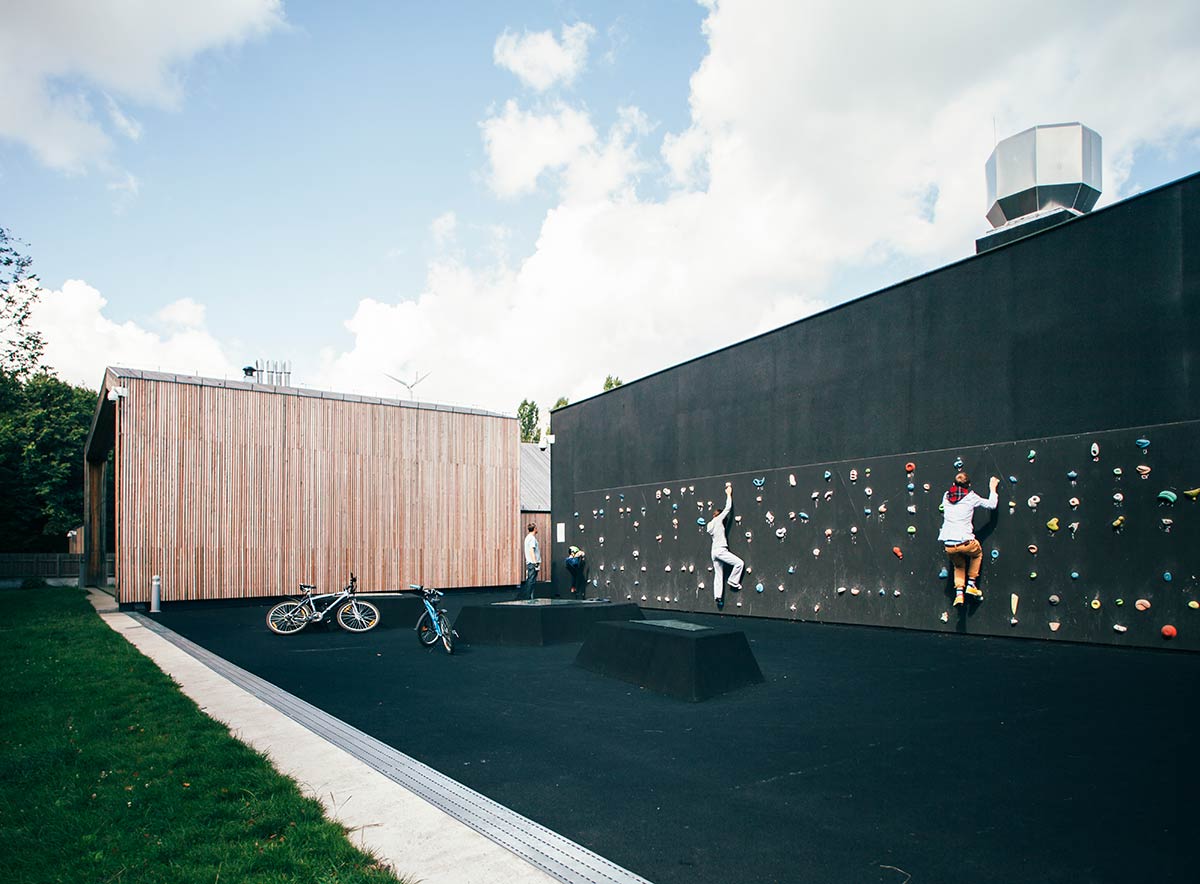 Accordingly, the architecture of the object is restrained and friendly; by using possibly contemporary means it tries to interconnect the traditional elements of urban layout with simple, natural finishing materials. An unpretentious building, submerged in the greenery, is supposed to be the background for events happening there. 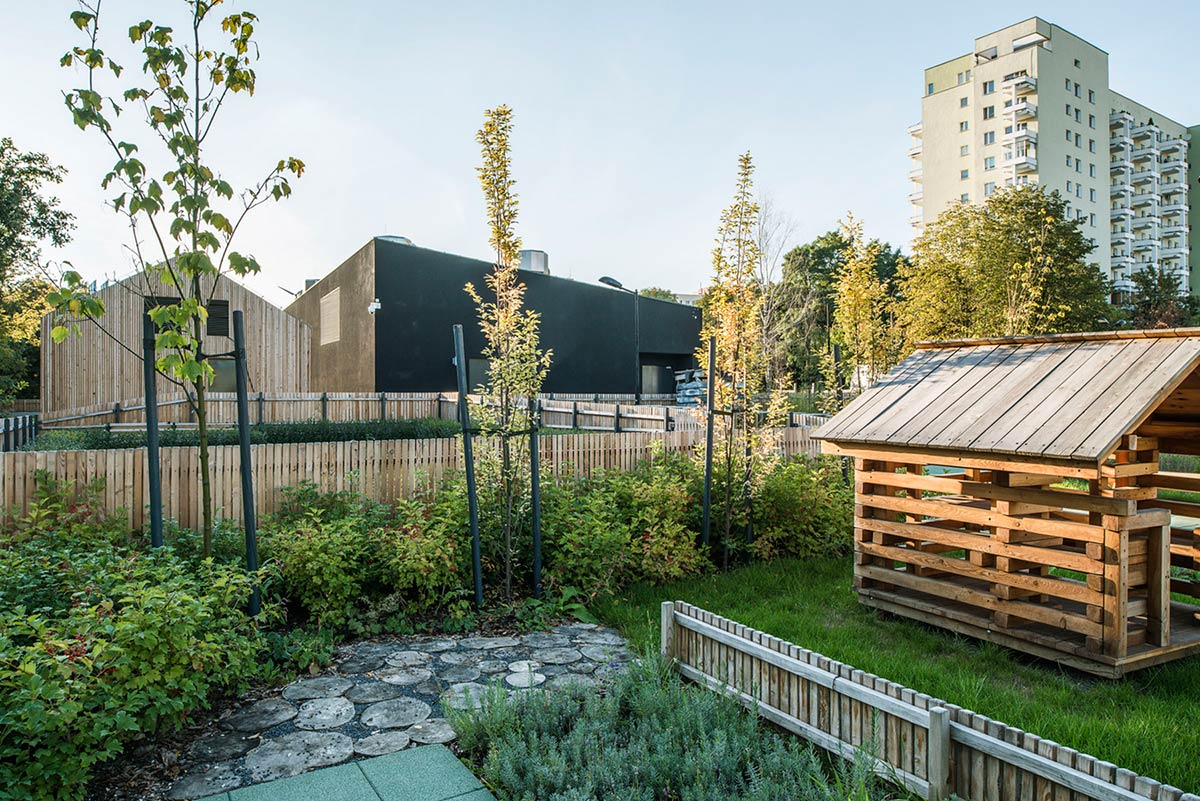 The present design bases on assumption that the architecture of an object fulfilling this sort of functions plays an immensely important educational and cultural role, e.g., by shaping esthetic and ecological awareness. Hence, the decision about introducing mini animal farm into the very heart of the Centre, the proposal of employing wind and solar energy as alternative sources and finally the layout of the object on the farmstead plan which can be read as an ethical approach to architecture with respect for the context of the place.