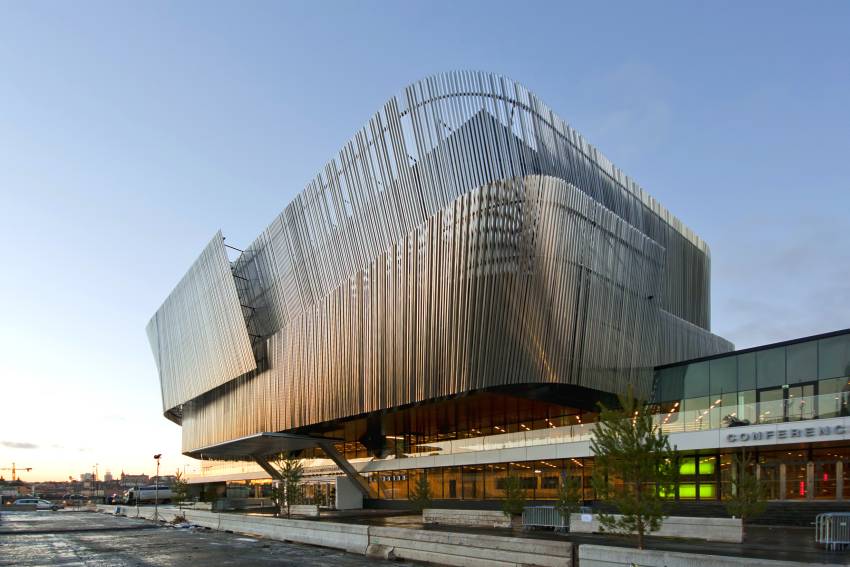 With Waterfront, Sweden’s capital city is ready to join the major league in the world of international conferences. The congress centre with its innovative design solutions is providing Stockholm with a venue that will be unique in Europe.

When Stockholm Waterfront opened in early 2011, it provided some completely new opportunities to attract global events and visitors to one combined facility in a virtually unique position right in the heart of the city. The facility as a whole comprises a congress hall with accommodation for 3000 delegates (and a banqueting hall to seat 2000 dinner guests), a four-star hotel with 414 rooms, half of which have an enchanting view of Riddarfjärden bay and Stockholm City Hall, and an office block with panoramic views over the water and city. 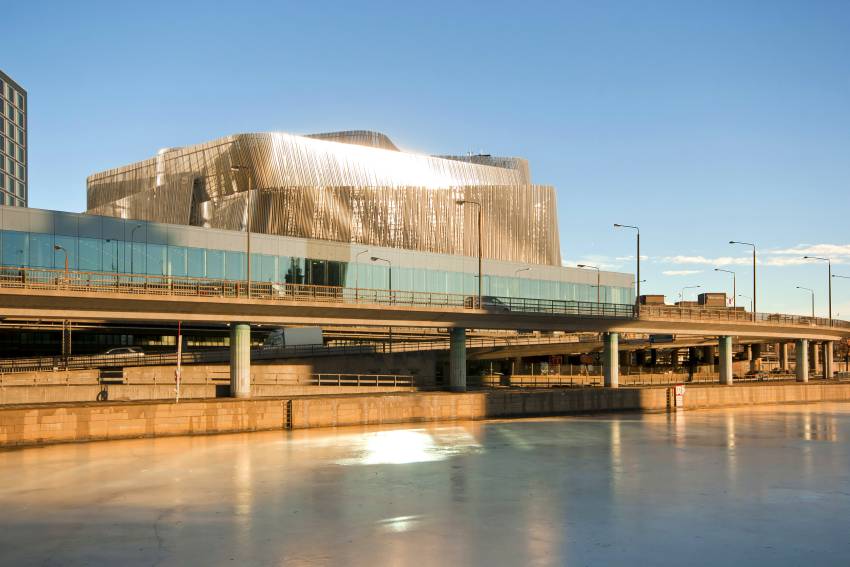 Its architecture and interpretation has been White’s responsibility since 2005. With the client, Jarl Asset Management, the architects have used their combined strengths to move the project forward until Jarl Asset Management was awarded the assignment after competing with several well-established major construction companies. 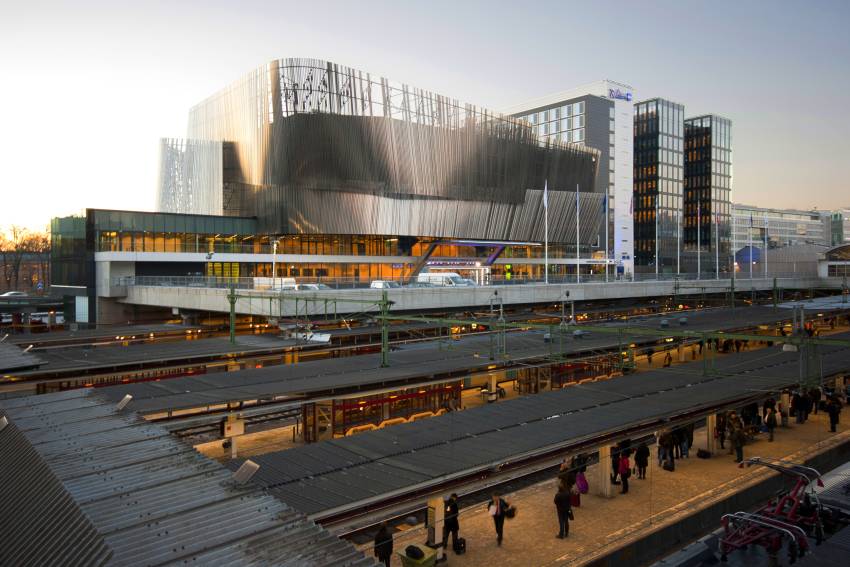 “We have worked very well together throughout the process,” says Bengt Svensson, the responsible architect for Stockholm Waterfront. “Of course, it is a complex process, involving a great many decisions along the way. Throughout this time, we have been able to rely on a shared vision that has been clear and established throughout the entire project. There has never been any doubt about where we have been going.” 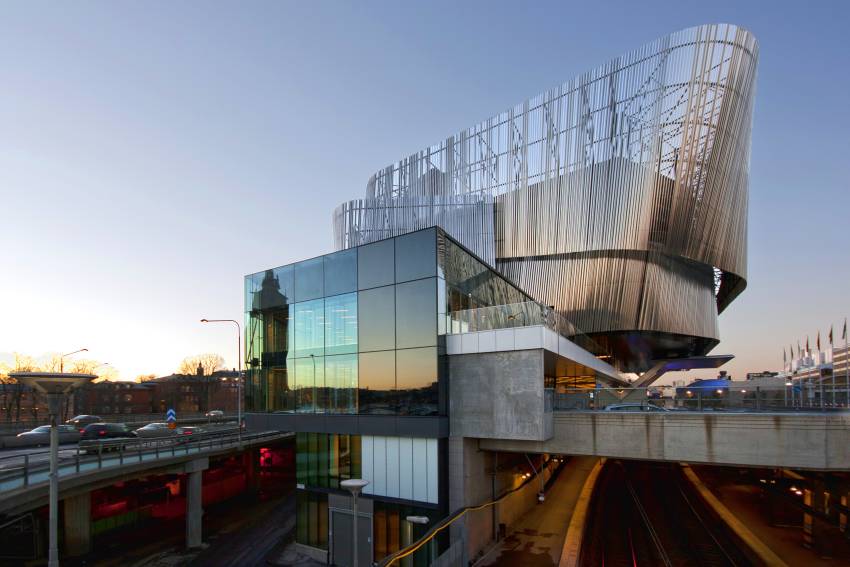 Today, Stockholm Waterfront is in the best possible position, right at the dividing line between the charming view over historic parts of the city and the new dynamic heart of the business district which is emerging between Vasagatan and Kungsholmen. The new complex forms a span over the railway area towards Kungsholmen.

The original triangular site provided limited options. How was such a huge requirement to be accommodated in such a limited area? 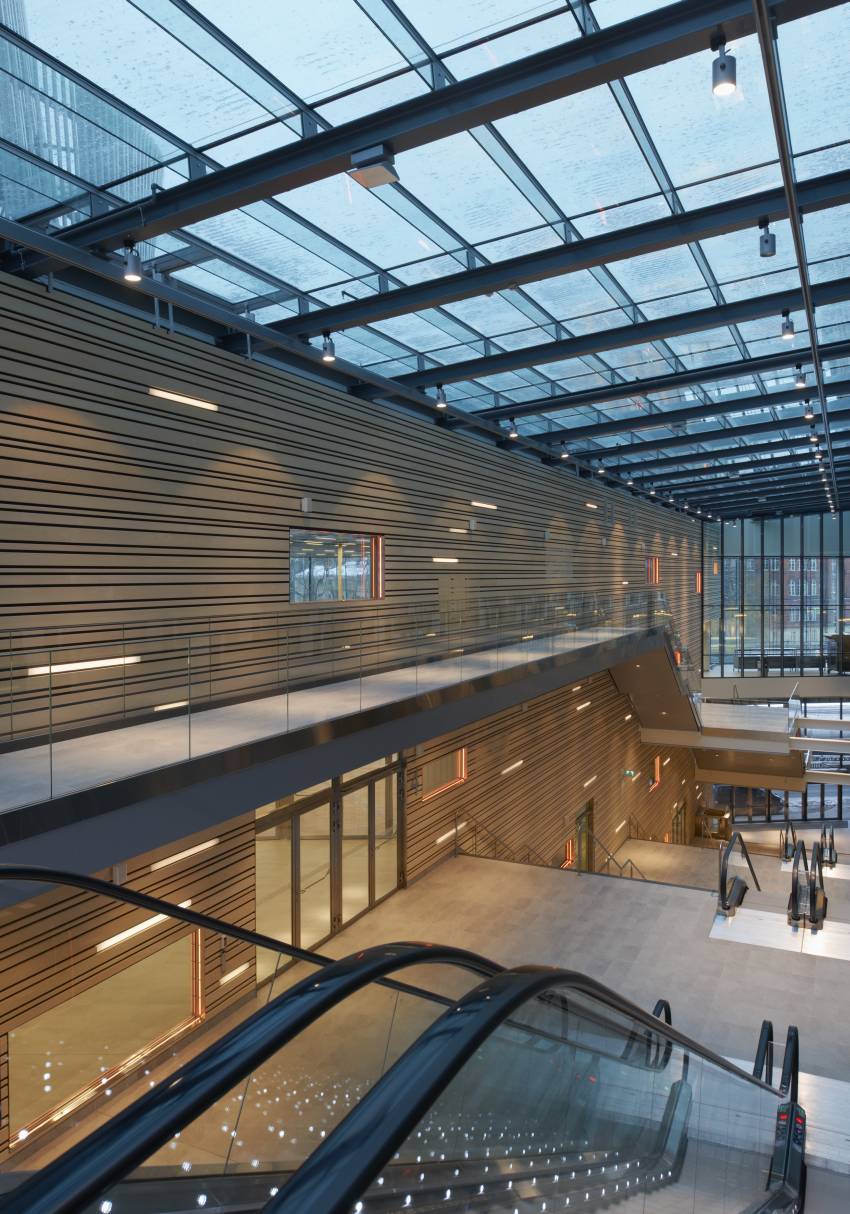 The key to success lay in subdividing it all into three properties. A “palatial office” on Klarabergsgatan, lower down a congress facility on Riddarfjärden, and between these a hotel block forming a dramatic backdrop to the congress centre.

“It might well be said that we were successful in bringing in the entire programme on a severely limited area,” states Hans Forsmark, who was one of the architectural driving forces throughout the project’s genesis. 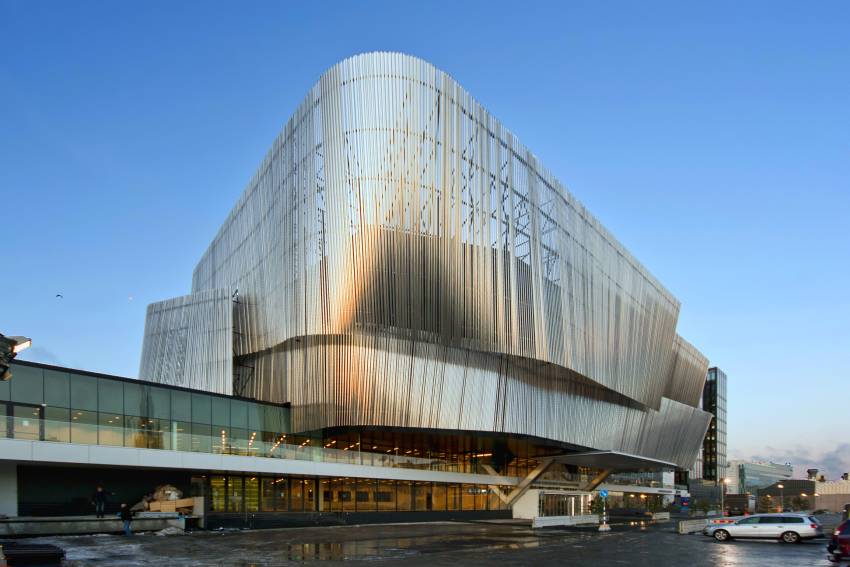 “To fit the entire contents into this restricted site, the congress hall corbels out over the entrance plaza, becoming much larger than its own footprint on the ground.

“We have based everything on a simple principle in which the buildings on the north side have been allowed to grab the height, and from there it slopes down towards the lower platform, right next to the water.”

3000 guests can come together here in a 20,000 m2 volume with almost unlimited opportunities for flexibility. White’s architects and engineers have achieved technical solutions that have permitted the balancing of an apparently impossible equation by means of movable seating, multi-use areas and a large part of the congress hall being suspended outside the confines of the site, like an enormous canopy over the entrance. The upper seating assemblies accommodate 1,700 people and allow rapid conversion into two separate halls. The lower section can either add 1,300 visitors in “cinema seating”, or provide seating for 2000 banquet guests at a mere push of a button. The large congress hall is complemented by additional conference rooms on the two lowest floors with capacity for 1200 people in various sizes of room. 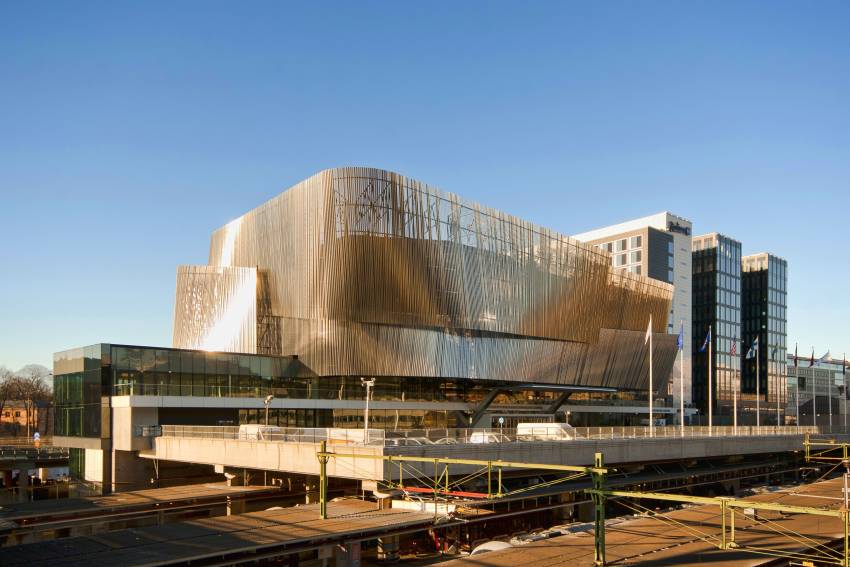 “The congress centre is the result of an advanced jigsaw puzzle which has taken architectural solutions and technological possibilities to their limit,” says Hans Forsmark.

In spite of this it is the external appearance of the congress centre that is going to arouse most attention, with its upper section configured in free flowing contours which interplay with the movement in both the surrounding flyovers and the horizontal lines of the quays.

The permanent outer shell is enclosed by “veils” constructed from 3500 z-profiles in stainless steel and fitted at a distance from the wall. The design has also been prepared for illumination, which is going to further enhance the centre’s distinctive character. 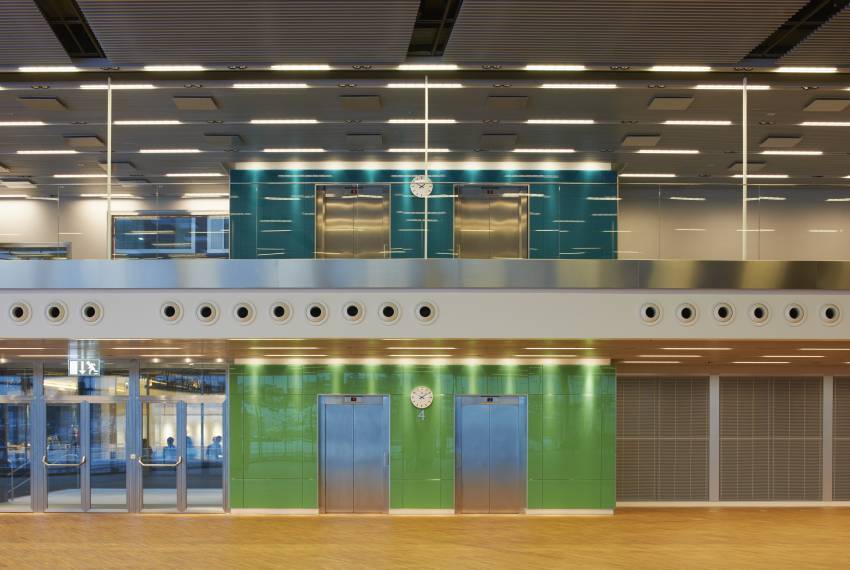 When it comes to the environment, the entire Stockholm Waterfront is going to be awarded Green Building certification. The glass façades will act like huge solar collectors and cooling capacity will be produced using water from the nearby lake, Klara Sjö, and stored in the 250 tonne basement ice store. The energy is constantly being transferred between the various parts of the building – from surplus to deficit and all controlled by the property’s advanced media centre. Parts of the old mail terminal have been re-used. The areas that have been retained include the entire foundation and the carcass up to the level of Klarabergsgatan.