The Shed is a temporary venue for the National Theatre on London’s South Bank. It will give the NT a third auditorium while the Cottesloe is closed for a year during the NT Future redevelopment, also designed by Haworth Tompkins. 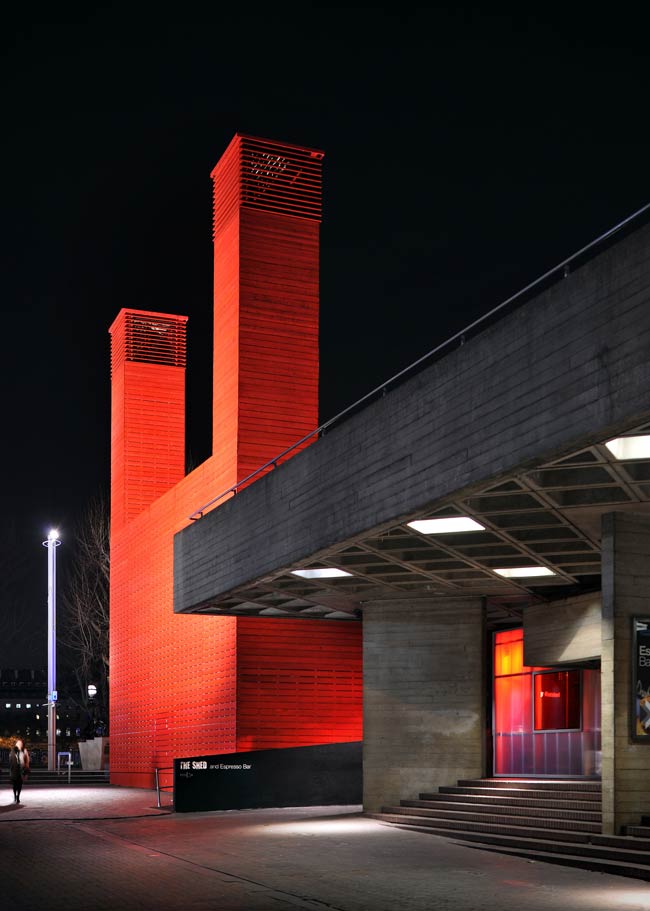 The artistic programme for The Shed, recently announced by the Director of the National Theatre, Nicholas Hytner, pushes creative boundaries, giving the NT the opportunity to explore new ways of making theatre. In the same way, The Shed has been a test bed for experiment by the architectural design team. 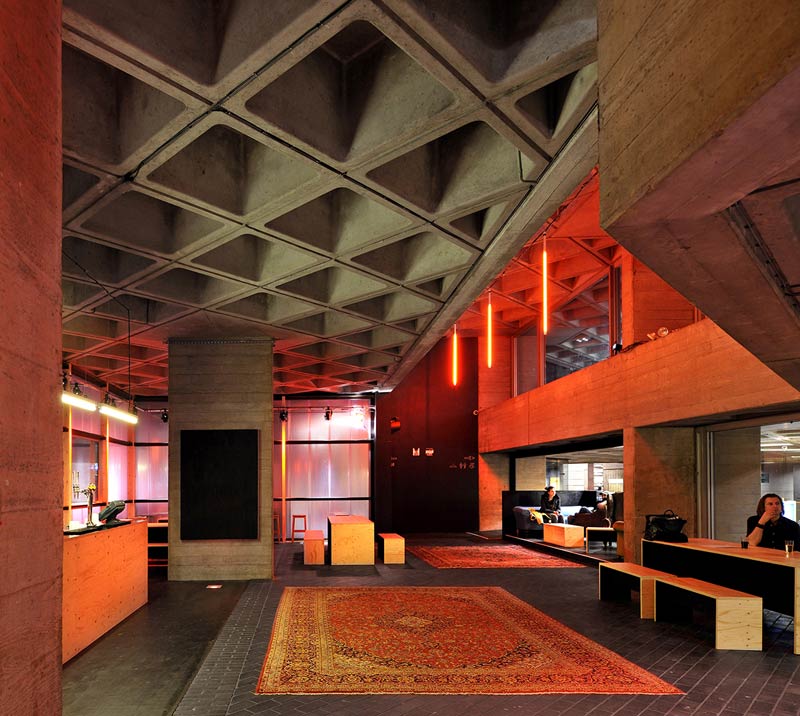 Conceived by Haworth Tompkins and theatre consultants Charcoalblue, it was then designed and built in little more than a year, a collaborative process between the building designers, the National Theatre, and theatre-makers who will work in the space, in a way that more closely resembled a theatre show than a conventional construction project. Its temporary nature, building on Haworth Tompkins’ earlier temporary projects like the Almeida
Theatre at Gainsborough Studios and King’s Cross, permits a structure that can be seen less as a building than as an event or installation – a vibrant intervention on London’s South Bank designed to entrance, and sometimes bewilder, passers-by for a period of twelve months. 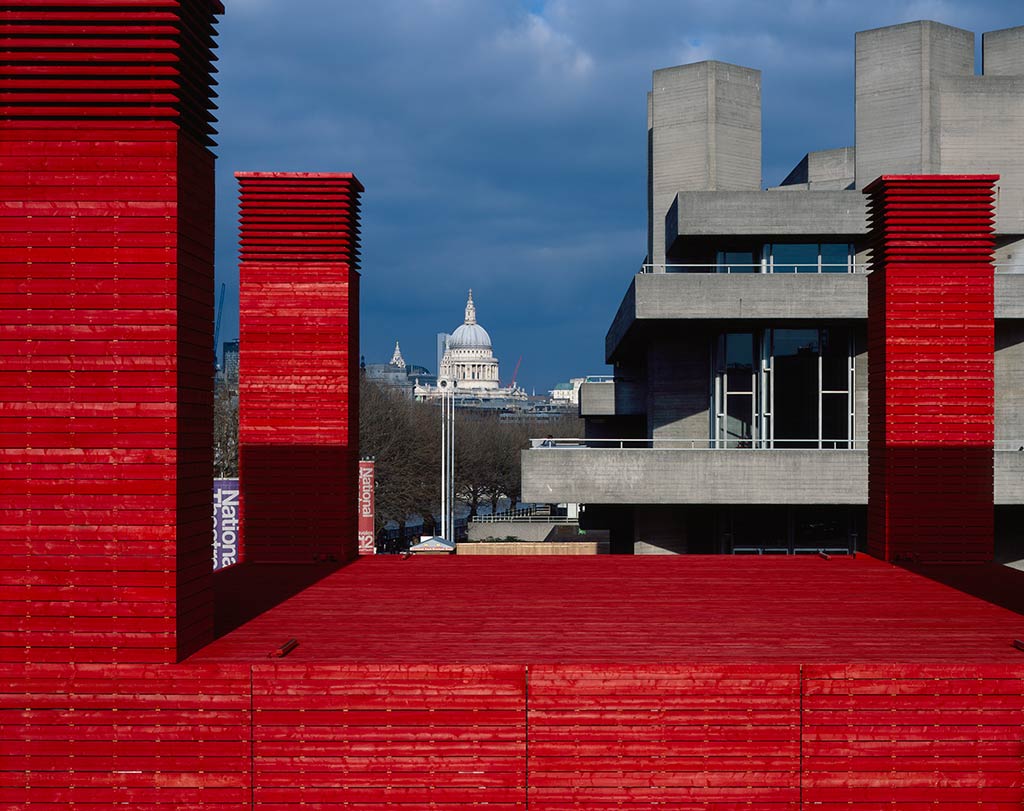 The Shed occupies Theatre Square, at the front of the National Theatre, beside the river. Its simple form houses a 225-seat auditorium made of raw steel and plywood. The rough sawn timber cladding refers to the National Theatre’s iconic board-marked concrete, and the modelling of the auditorium and its corner towers complement the bold geometries of the NT itself. 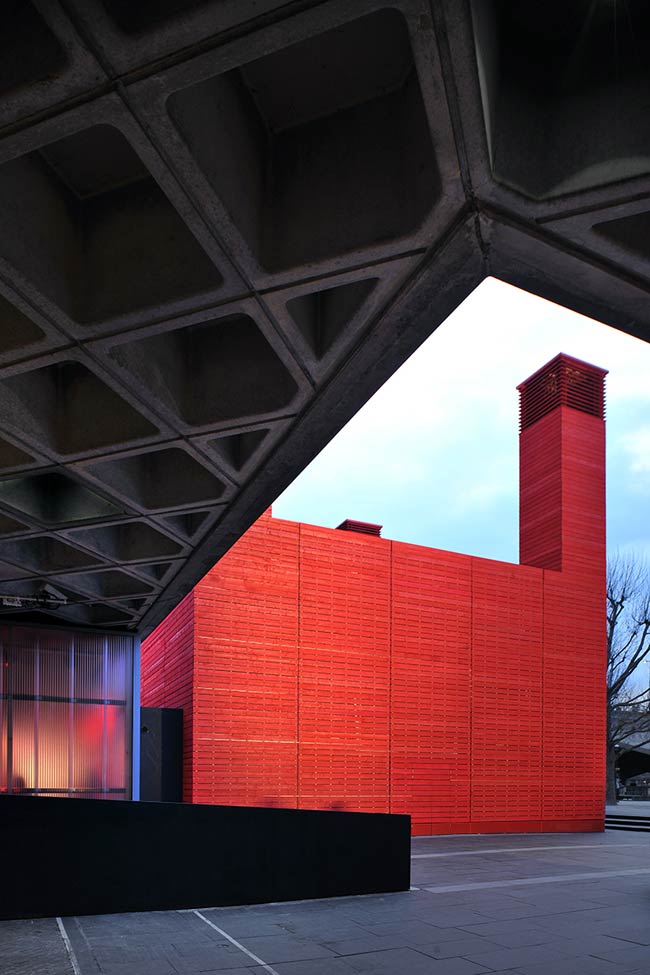 A temporary foyer has been carved out from the space beneath the NT’s external terraces and provides easy connection to the existing foyers. The Shed’s brilliant red colour covering the entire mass of a form without doors or windows, announces its arrival boldly against the geometric concrete forms of the NT, giving it a startling and enigmatic presence. 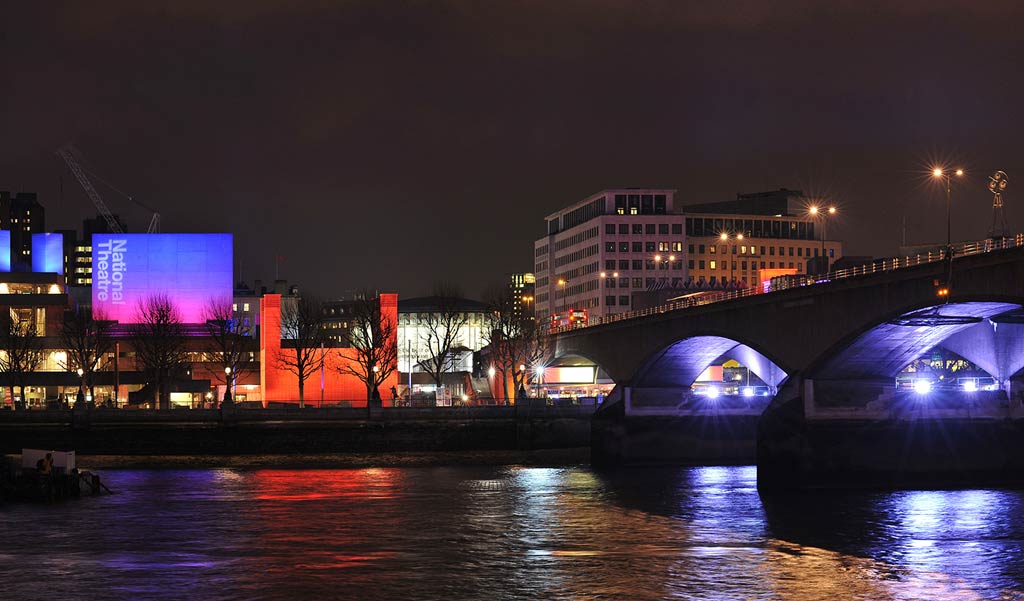 The Shed also represents another step in Haworth Tompkins’ ongoing project to research sustainable ways of making theatres. Built of materials that can be 100% recycled and fitted out with re-used seating, The Shed is naturally ventilated, with the four towers that draw air through the building providing its distinctive form. 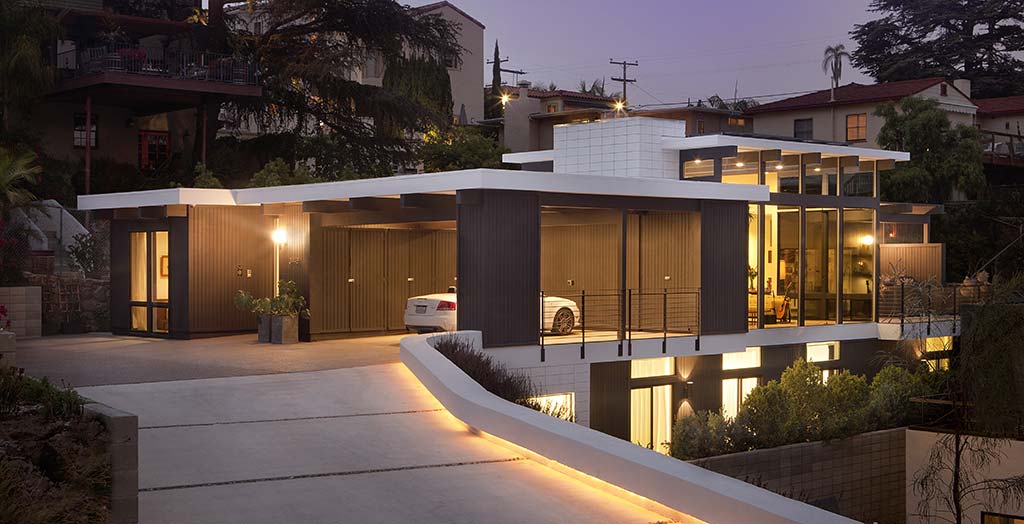